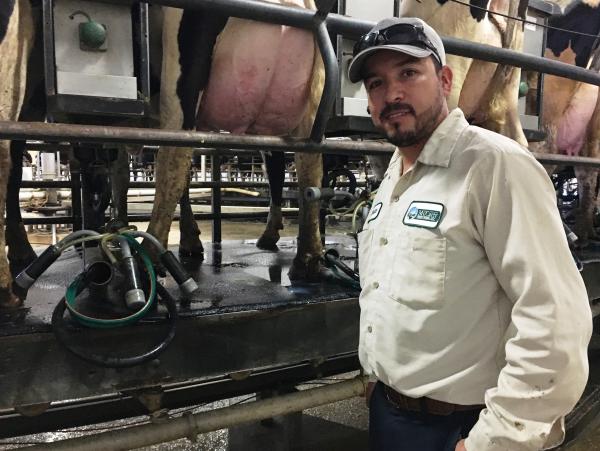 It's a time of low unemployment across the Midwest, leading to a labor shortage that's stunting the growth of urban and rural businesses. Given that Donald Trump campaigned on a staunchly pro-business platform, one would think he'd have instituted policies benefiting everything from high-tech startups to huge dairy operations.

In reality, lots of companies are still looking for help, especially businesses that rely on immigrant labor. That could be places like meatpacking plants, produce-harvesting operations or landscaping and construction companies -work that many Americans would turn their nose up at - or tech startups looking for coding experts.

Averhoff and other agriculture-based businesses across the Midwest and Great Plains that depend on immigrant labor are scrambling to keep their operations staffed.

â€œToday, it's definitely a tighter labor market than it was 10 or 15 years ago,â€ Averhoff says, adding about his 6,000-head-of-cattle dairy that employs many immigrants from Latin America, â€œWe're glad to have the people we have, and it's not always easy to go and find the next people.â€

Some lawmakers in Washington, D.C., and Agriculture Secretary Sonny Perdue are championing a bill that would change how guest-worker visas are doled out. But that legislation has taken a backseat to the Trump administration's other priorities, such as tax cuts.

Trump has yet to follow through on campaign promises to build a wall spanning the U.S.-Mexico border or launch a massive deportation force that would bus millions of immigrants out of the country.

Yet, high-profile deportations, like those following raids on 7-Eleven stores earlier this year, have spiked. The number of people caught trying to sneak over the southern border plummeted after the November 2016 election. And Trump says he wants to cut legal immigration in half to about a half-million people a year.

It's hard to tell how big of a dent any of it has put in the labor market, but it may be depressing workers' productivity.

â€œYou get Mom and Dad who are afraid, because â€˜Oh, man we've got some new person in there who's going to send everyone out of the country'. Well, then that affects the kids, it's going to be affecting them at school, which affects the teachers,â€ he says.

When two Indian immigrants who worked at Garmin were shot almost a year ago at an Olathe restaurant, the suspect yelled â€œGet out of my countryâ€ before opening fire. One of the victims, Srinivas Kuchibhotla, died in the attack.

It was a serious gut check for, like Suneethi Kuruppath, who moved to the U.S. for work.

She worried at the time that the political atmosphere is dimming the appeal of good American jobs, which could be catastrophic to Kansas City's burgeoning tech industry.

The shortage of technically skilled workers is shackling the growth of local tech startups, which pay almost $90,000, he says. Most Americans lack the coding and engineering skills needed, Weber says, but those abilities are abundant in places like India.

But in the meantime, Weber says, tech-company owners he talks with have yet to see a benefit from Trump immigration policies when it comes to filling jobs. Instead, they're recruiting immigrants from the graduating classes of regional universities.

Problem is, those schools aren't seeing as many foreign engineering and coding students anymore, as international student enrollment has tanked in the Midwest. So, President Trump's impact on the job market may just be starting to take hold.

Frank Morris is a national NPR correspondent and senior editor at KCUR 89.3. You can reach him on Twitter @FrankNewsman