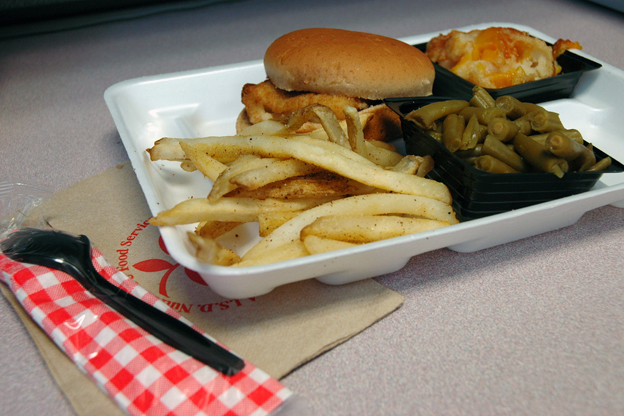 Los Angeles Unified school district made radical changes to their school lunches earlier this year -- out with fat, salt and sugar, in with quinoa, black bean burgers and salads.

Unfortunately students are not buying it.

Reportedly thousands of students across the district have dropped from the lunch program. Waste is a problem with uneaten food being tossed daily. And another underground economy has cropped up -- junk food.

Students are bringing their own junk food, paltry in nutritional value, and hocking it to others.

LA Unified will not admit defeat -- entirely. Food services director Dennis Barrett has announced he will revise the menu to includeÂ hamburgers and cut out the more exotic flavors. Health is still a concern, and even though pizza will be reintroduced, it will also be revamped.

Earlier this month, Seattle schools also decided to revamp their vending machines after the school noticed a significant drop in revenue when students turned their nose at granola and water.