Kale Is About To Have An Identity Crisis 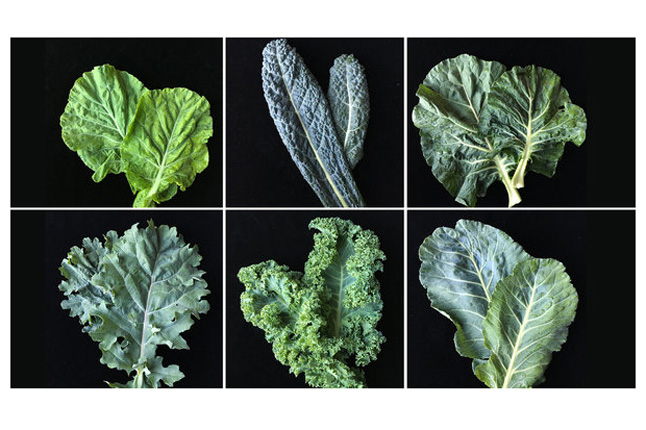 Kale is getting a makeover, and the very essence of kaliness may hang in the balance.

To develop a new variety of kale tailored to American palates, horticulture professor Philip Griffiths of Cornell University College of Agriculture and Life Science and graduate student Hannah Swegarden are soliciting consumers' kale reflections — the good, the bad, and the ugly. The scientists face a philosophic question for the ages. Asks Swegarden:

"How far can you push a consumer's concept of what kale is, before it's not kale anymore?"

Kale, like many other vegetables, has been bred with agricultural practicality in mind, selected for virtues like drought- and disease-resistance. But Swegarden says those traits don't necessarily translate into a better taste and appearance, qualities that matter more to consumers. Griffiths has been working with kale for years, so he and Swegarden decided to see if they could develop strains to seduce farmers and consumers alike.

As the first step in their research, the scientists organized a focus group in September with 14 people who self-identified as liking and consuming kale. They sent the participants home with six different kale types varying in shape, color, texture and taste. The kaleblazers prepared each kale variety as they wished and recorded their impressions in journals. (Yes, kale journals.)

After two weeks, the participants came together to discuss their feelings about kale for three hours. "By the time they came in, they were really knowledgeable," says Swegarden.

After kale-loading for days, the participants had lots of feedback. But some of their recommendations took aim at traits central to kale's identity. For example, the participants liked the idea of a softer, less fibrous leaf. "It's difficult to do that because that's changing the plant a lot," says Swegarden. In addition, she says a softer plant might be more susceptible to insects.

Kale's iconic bitterness also came onto the chopping board. "It was an association all the consumers made," says Swegarden. "But not necessarily a positive."

Swegarden, whose perfect piece of kale is a slow-braised green leaf with a pink stem, says the initial focus group was formed to identify kale questions for further research, rather than establish a comprehensive dataset of opinions. The scientists will use the focus group feedback to create a survey, which they'll distribute to a wider population of consumers.

They're likely to encounter some strong opinions. "I hate kale," says Aaron Gurley of Wichita, Kan. "It tastes like garbage."

"I'm kind of indifferent about it," says Zach James of New York City. "I've made a kale smoothie before, and that was pretty good. But mostly because I put berries in it."

Kale naysayers will have to wait a while longer before a new breed of kale gets a chance to convert them. Because of the time required to grow and reproduce kale, it will likely be at least eight years before a new variety hits the shelves, says Swegarden.

In the meantime, there's another option for those who want a softer, less bitter leaf: romaine.