The Joy Of Beekeeping (Or, How To Save The Food Supply) 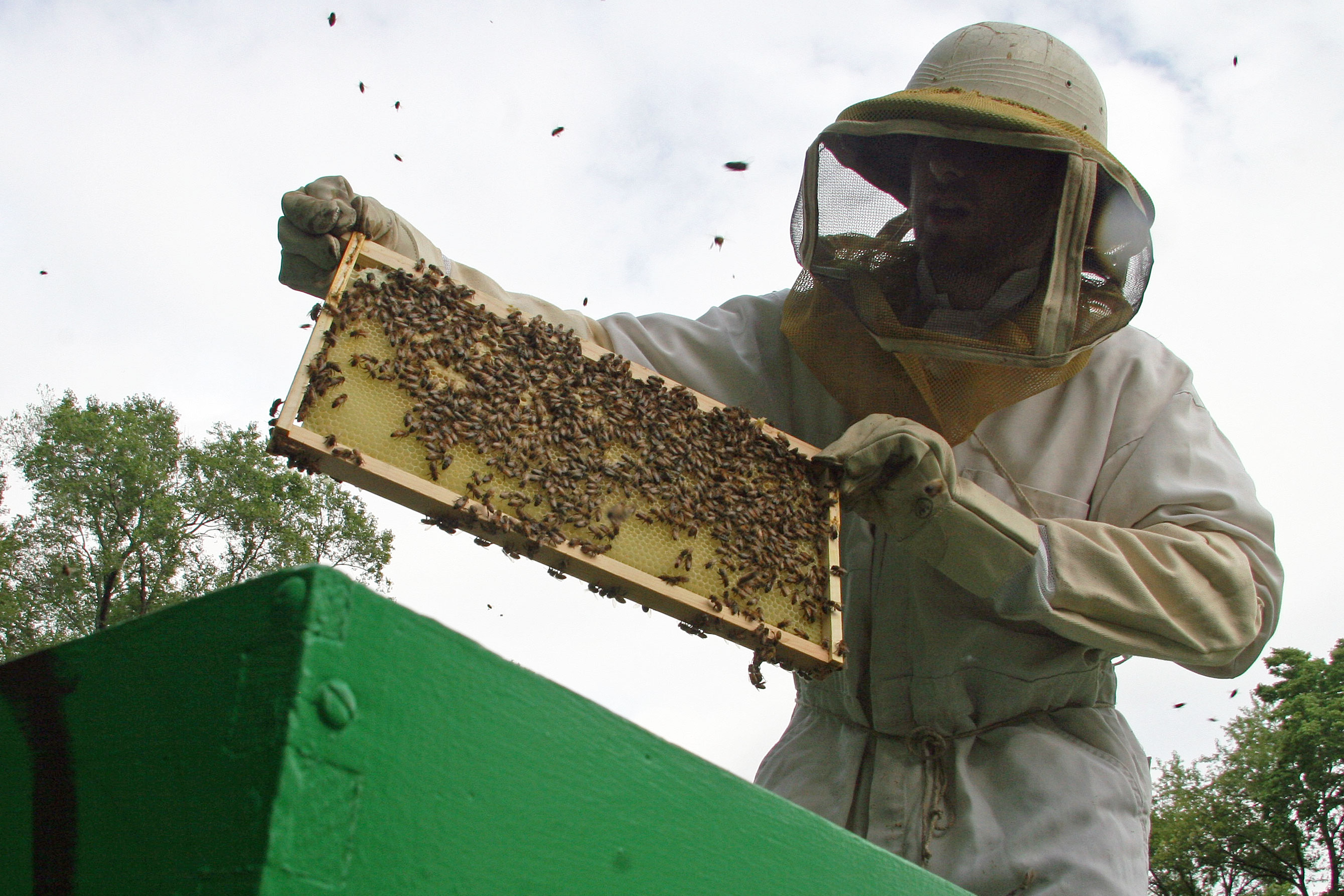 There is a resurgence in backyard beekeeping these days. According to the annual USDA survey, there were 2.68 million honeybee colonies producing honey in 2010, up 7 percent from 2009. In a lot of ways according to Rob Green, the founding director and president of Indiana Beekeeping School Inc., this is a return to old ways when backyard apiaries were more the norm than the exception.

"Honeybees have lived side-by-side with people since virtually the beginning of time," he says. "It was always a love-love relationship until more recently where we've become a people who want to kill anything that flies through our garden."

Where Have All The Bees Gone?

The statistics about honeybee disappearance don't lie, according to another USDA survey of over 5,500 beekeepers:

Researchers have been trying to figure out the root of CCD since the phenomenon cropped up in 2006. Part of the problem may be a relatively new class of pesticides called neonicotinoids that are being used on food crops and in gardens and parks. Researchers think that has something to do with it, but it's also probably habit destruction, loss of food resources, poor quality food, viruses and fungal diseases.

Whatever the reason, it's a big problem as bees are responsible for pollinating about $15 billion worth of crops.

"There's not very much exciting food if you remove all the fresh fruit and vegetables pollinated by honeybees," says Green. "Unless you want to eat a lot of porridge, we really want to look after the honeybee."

Challenges Of A Bigger Backyard

When Green started his apiary (in a residential neighborhood with no fences) he had ten hives. But then he kept expanding, so he bought his 22-acre farm, Bluffwood Creek Farm, which now houses 30 hives.

One of the reasons he bought that particular plot of land is because of the stand of silver maple trees. Maple blossoms bloom as early as February, "and that's my early spring breakfast buffets for my bees when nothing else is blooming."

Farming anything in the Midwest can be tricky whether you're farming vegetables or bees. Being an organic farmer like Green requires an extra bit of creativity, like when he treats his bees for parasitic mites.

"I sprinkle a form of powdered sugar on (my bees), which causes the mites to slip and fall off," he says. "I could use talcum powder but that would probably make my honey taste like baby powder."

As for the weather, inevitable summer droughts, which result in wilted flowers, make the bees' job more difficult and the beekeeper's blood pressure rise. His honey yield last year was saved by heavy dews in the morning which allowed his alfalfa to bloom all summer.