By Megan Betz and Annie Corrigan 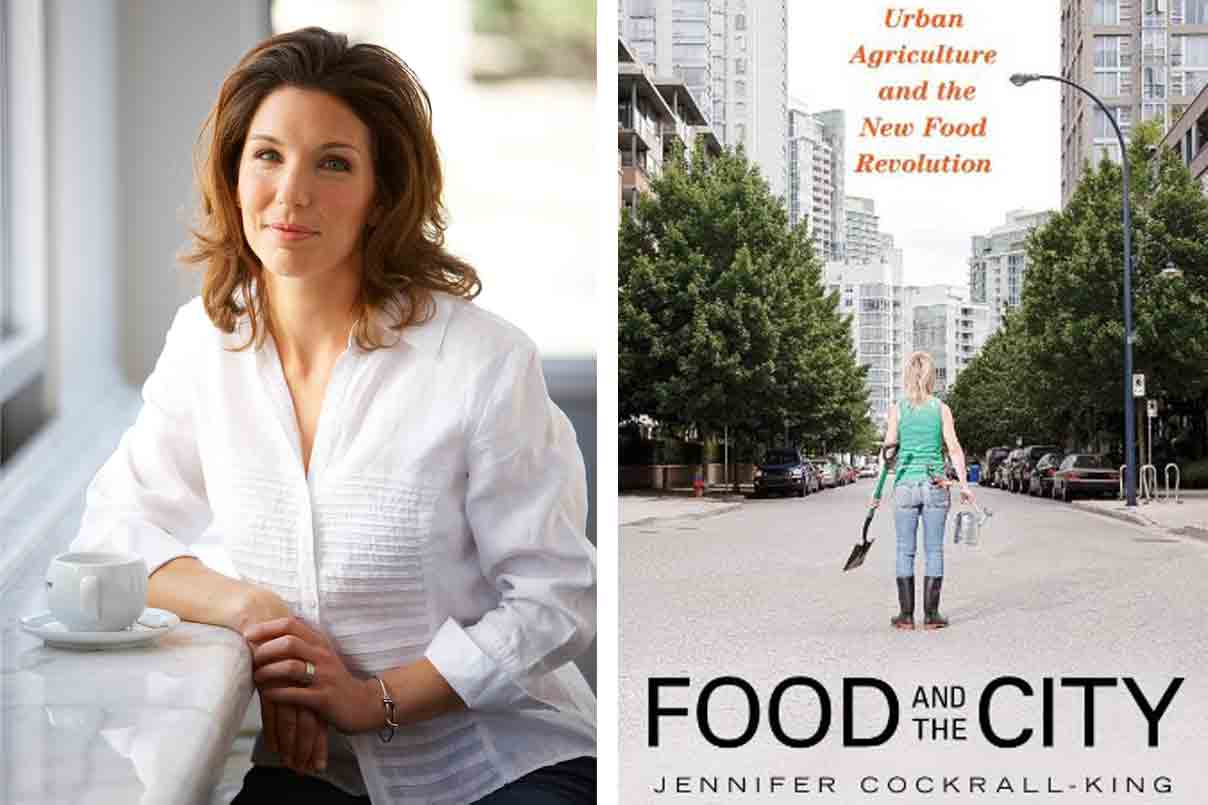 A study from last year found that almost 6 percent of the world's croplands are located in urban areas. That may not seem like a lot, but Jennifer Cockrall-King anticipates that number going up.

She says if your city has gardens or farms in it, you've probably noticed. "Once you start allowing space to grow food in cities, it changes the texture of the city."

Cockrall-King is the author of Food and The City: Urban Agriculture and The New Food Revolution.

"And I think people are now starting to realize that it's not just a place where we put condos up so we can live, jump in our car, drive to the office, drive back in the evening, watch TV, go to sleep."

Her book is published in English, Korean and Japanese, which is appropriate because she's been around the world taking notes on how city dwellers are growing food. What she's seeing is a movement in its infancy, and just wait -- we'll see more and more gardens infiltrating the fabric of our cities.

"I think the reason it's so noticeable right now is because for so long, it was so absent from our cities. So, I think as it becomes more integrated, it will just be a matter of course that we'll have apartments and houses and schools and roads and community gardens or urban farms."

Stamps In Her Passport

Her research into the history of urban farming started with the Victory Gardens of the 1920s through the ‘40s. Americans were encouraged to grow food at home as a way to feel connected to the war effort and ease pressure on the country's food supply.

There's always this idea that, ‘How are we going to feed the world of 9 billion people? We have to increase our output.' I think we need to put on a different set of glasses and look around and see the abundance that we have already around us.

"Going further back, Paris was a huge innovative of urban agriculture in the medieval times up until the 18th century and just before the industrial revolution. The farmers there were putting together the techniques that we now call French-intensive agriculture, or potager gardening," also called raised bed gardening.

She discovered that over the years -- and across the world -- people have adapted urban agriculture to fit whatever the communities' needs are. Take Ghana, she says. They're using recycled graywater to grow food.

In Cuba, she noticed their urban farms are organic, not because of an ideology, but because they had no choice.

Working her way around the world, she recently spoke at an urban ag convention in South Korea. Seoul is the second largest metropolitan area in the world, with almost 26 million people.

"Korea obviously had to recover from the Korean War in the 1950s and had a very low GDP and was very poor for a very long time. It's only really been in the last 20-some years that they have roared onto the world stage to have a standard of living that they have now," she says.

The older generation had to grow food out of necessity, and now they're transmitting that knowledge to their grandchildren. "Urban agriculture allows a dialog between the generations, which I think we've also been missing in North America for a very long time."

Perhaps so, but she sees hope in a project that's popping up in her town of Edmonton, Alberta. SPIN-Farming (Small-Plot Intensive Farming) is providing farming opportunities for young, new farmers who might not be able to afford to buy land of their own.

"It's a really clever way of putting together little patches of front yards and backyards in a community for free, for an urban farmer who wants to work that land and grow crops on it. They essentially can canvas their neighbors for plots land that they get rent-free. All they do in return for looking after the land and working the land is give some veggies back to the land owner."

Abundance All Around Us

No land, no problem. King says the simple act of growing tomatoes in a pot on your balcony does make a difference -- and it's not nearly as labor-intensive as you might think. Nature pretty much takes care of itself.

Something else we can learn from nature, she says, is that we can create an abundance of food with a small amount of effort.

"There's always this idea that, ‘How are we going to feed the world of 9 billion people? We have to increase our output.' I think we need to put on a different set of glasses and look around and see the abundance that we have already around us."

And then of course there's the perk of creating community. King has more conversations with her neighbors when she's working in her garden than at any other time.

"We seem to be comfortable talking with people around food. It can actually create a cohesive community because it gets people out of their condos and their houses and cars and into the streets where we actually need to be to create better cities, happier cities, more supportive cities, safer cities."