Jana Wilson Takes Her Chickens To The Next Level 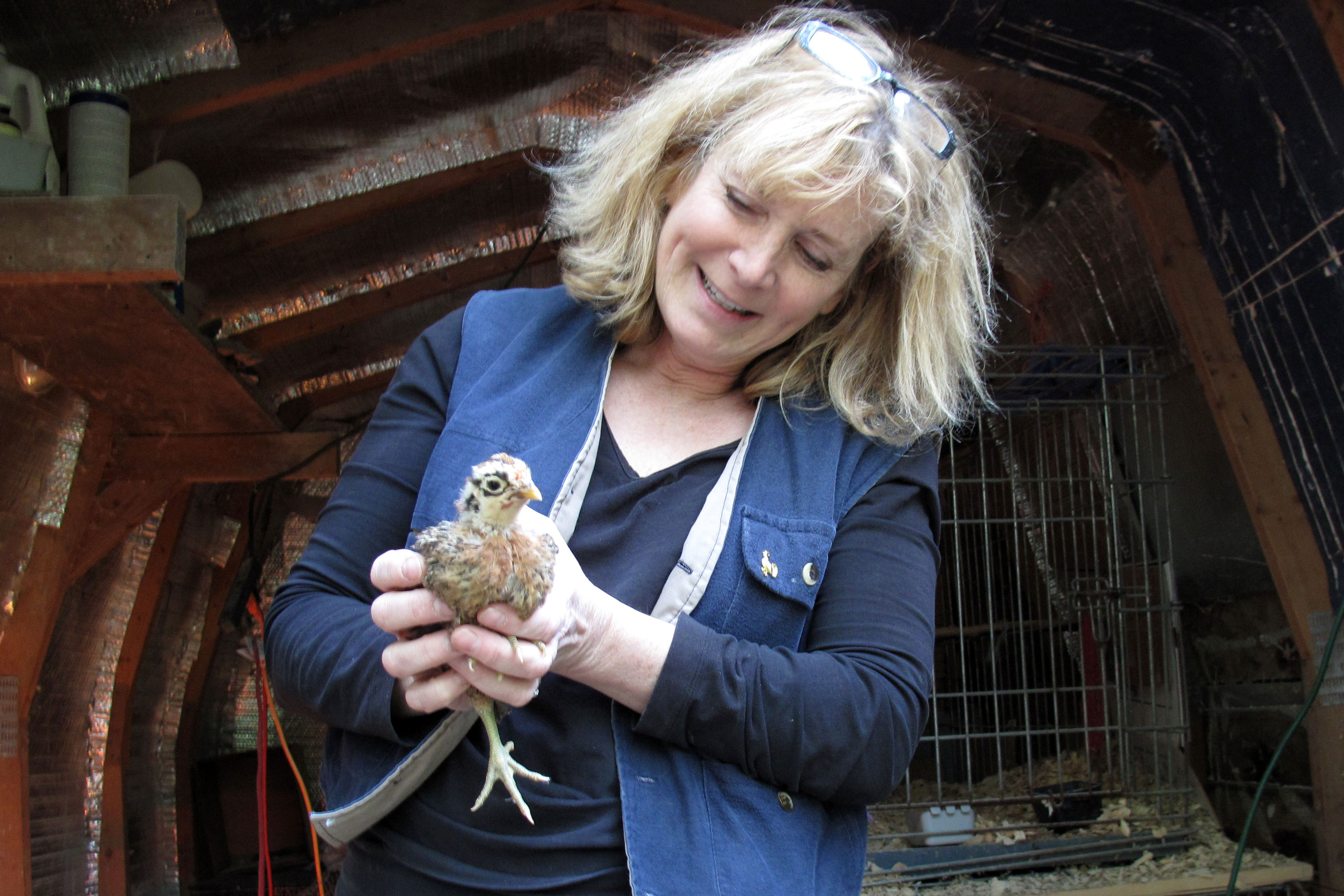 A Coop Full Of Jane Does

Jana Wilson doesn't name her chickens mainly because she simply has too many of them -- right now, it's 30 birds on her 20 acres of land just outside Bloomington, Indiana.

There was a time when she named her birds after relatives. That didn't turn out so well.

"After Aunt Georgie got killed, we decided not to name anymore."

Beauty Is Only Skin Deep

Wilson started raising chickens 12 years ago with her son when he was in 4-H. After he quit, she kept up the hobby.

She's most proud of her Sicilian Buttercup chickens. This Mediterranean breed gets its name from its cup-shaped comb and golden coloring.

The shape of the comb is an example of what judges look for in poultry competitions. They reference the American Poultry Association's Standard of Perfection -- the Bible for showing chickens. Wilson says she's tried to memorize the specific standards for Sicilian Buttercups so she can breed the best birds.

"A chicken show is like a beauty show. They all have the have the right beauty attributes."

Sicilian Buttercups are considered a threatened breed by the American Livestock Breed Conservancy, which means there are fewer than 1,000 breeding birds in the U.S. and an estimated global population less than 5,000.

Wilson says she's often one of the few or perhaps even the only exhibitor to show Sicilian Buttercups at some competitions.

More Than Just A Pretty Face

But it's about more than just looks for Wilson.

"I believe a bird should be beautiful but it should be useful as well," she says. "If they're egg layers, it's important for them to have that quality."

Speaking of usefulness, does she eat her chickens?

Yes, I do. It took me a while to get to that point. When I first started raising chickens, I wouldn't eat chicken for a while. Then someone said to me it's like raising tomatoes and giving them away and going to the farmers market and buying more.

Last year she learned how to butcher chickens, "and we had some lovely chicken and noodles and chicken soup."