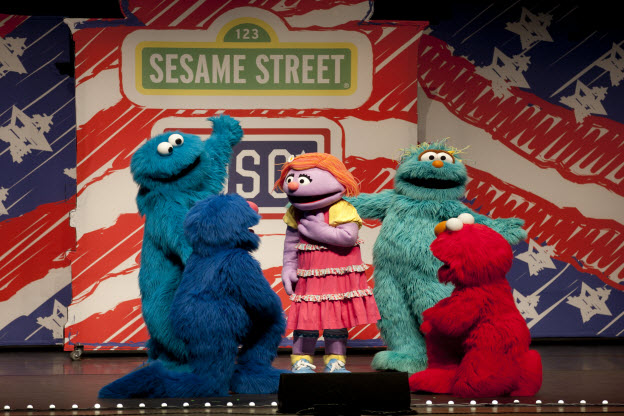 Thanks to a new agreement, the Let's Move! campaign has introduced Sesame Street icons to market fruits and vegetables to children.

The agreement will allow familiar characters like Elmo and Big Bird to promote produce without charging licensing. The hope is thatÂ their presence on packages of vegetables will make those foods more appealing to youngsters.

In support of the initiative, first lady Michelle Obama cited a Cornell University experimentÂ where children were given a choice between an apple and a cookie. Researchers found that they were able to double the likelihood of kids choosing the apple just by affixing an Elmo sticker to its peel.

The Power Of Marketing

Another recent study -- this one conducted by the Yale Rudd Center for Food Policy & Obesity -- looked at trends in fast food marketing geared towards young consumers. Results, unfortunately, were mostly discouraging.

While there was a decline in the amount of fast-food commercials seen by children on the television, the average kid is still exposed to between three and five such TV ads per day. In addition, marketing via social media and mobile devices has increased "exponentially." To make matters worse, less than 1 percent of kids meals meet recommended minimum nutrition standards.

Elmo and Big Bird, you've got your work cut out for you!