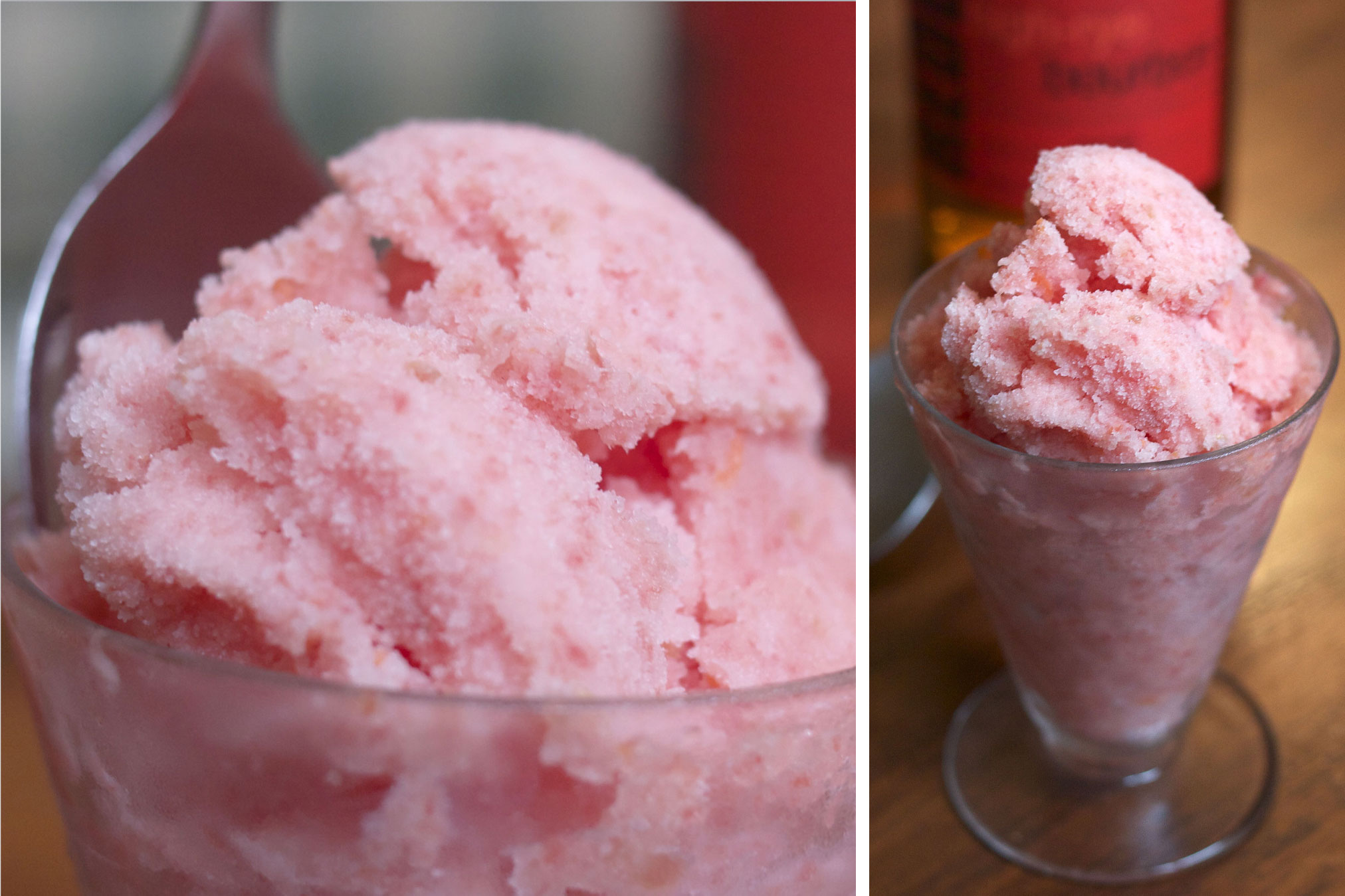 Tasting At The North Market

The North Market in Columbus, Ohio, the city's only public farmers market, boasts 35 vendors in its large indoor space. Bethia Woolf of Columbus Food Adventures knows the place by heart, and she snakes through the market showing me the most interesting, the tastiest, and the most popular booths.

Once we hit the booth for Jeni's Splendid Ice Creams, however, the tour hits a road block. With the two workers behind the coolers thrusting sample after sample into our hands, there's no way to spend less than twenty minutes enjoying the amazing tastes.

Woolf explains that Jeni's flavors are divide into two categories: the signature flavors that they have all year round (which includes the most popular flavor, Salty Caramel), and the seasonal flavors that change every month or two.

One of the newest flavors this day is the Corn Syrup Custard with Whiskey and Pecans, which uses whiskey from the local distillery Middle West Spirits. According to Woolf, this is the only way to taste the newest spirit from the folks at Middle West right now because Jeni's bought the entire first batch.

The Home Cook Is The Artisan

If you're not lucky enough to live close enough to visit the North Market or one of Jeni's Splendid Ice Creams' six other locations in Columbus, you can find pints of her stuff at retail stores throughout the country. Or if you're more DIY than that, there is a way to bring her ice cream creativity into your kitchen.

The new cookbook by co-founder Jeni Britton Bauer, Jeni's Splendid Ice Creams At Home, is all about making the home cook the artisan. With fifteen years of ice cream making experience at her disposal, she went into her home kitchen armed with nothing but your basic ice cream maker and succeeded in mimicking the products she creates in her professional kitchen.

Us non-professionals will certainly benefit from her labors, "Because ice cream is a science, and you have to have everything in balance to get everything right."

Arc Of The Harvest

If you truly want to make ice cream like Britton Bauer, you have to follow the arc of the harvest.

In the beginning of the season, they use rhubarb. After that, it's all the berries, followed by mint. In late summer, the Sweet Corn and Black Raspberry will hit the shelves right around the same time as the Peaches and Buttermilk.

New this year is a Parmesan ice cream with zucchini bread. Farmers seem to grow quite a lot of zucchini in central Ohio. "I'll call people and ask, 'Got any strawberries or black raspberries?' And they say, 'No, we've got zucchini!,'" she says. "So, this year we're going to play with that."

Being stationed in Columbus, Ohio has its perks - she has developed relationships with any number of local producers like the folks at Snowville Creamery.

For ice cream makers, cream and milk is the foundation upon which flavor is built. "You can't begin with an over-processed, over-pasteurized milk and cream because it tastes flat." She credits the full, voluptuous butter fat flavor of the Snowville Creamery products to the fact that the cows eat grass.

But, she makes a point of saying that their philosophy is much more than buying locally. They go with what they believe is the best, "and of course when you know the people who are producing it for you, often that makes the best," she adds.

I would rather have one amazingly dense, voluptuous spoonful of amazing ice cream that melts into my throat and up your nose than a whole pint of something that's forgettable.

More: Find out how Jeni Britton Bauer suggests you use her ice creams in your cooking by reading the complete conversation. Here's a hint: ice cream isn't just for dessert anymore.

Sarah Kaiser just loves to cook and she blogs about it on Eating IN. She got into ice cream making through a friend and has been going gangbusters ever since. The first concoction she made was a quick and easy peppermint ice cream. From there, she has gone on to make a delicious Frozen Custard With Pumpkin And Ginger among other creatively flavored ice creams.

Today, she's experimenting with watermelon, lime, and rye in this sorbet recipe.