Hypoallergenic Nuts Could Be Solution For Allergy Sufferers 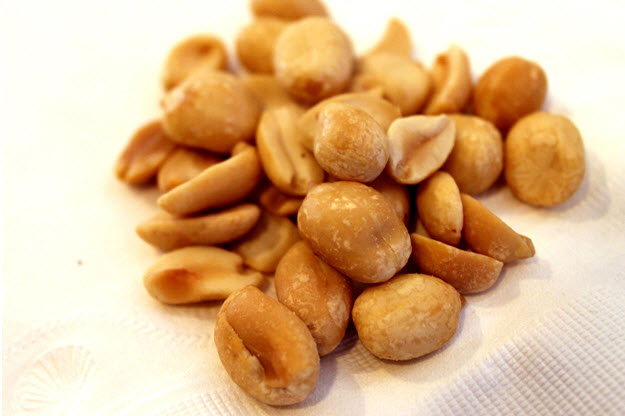 Nut allergies are no small matter. For severe suffers, simply being in contact with someone who has eaten a product containing nuts can cause a reaction.

Currently there is no cure for nut allergy sufferers. In response, the U.S. Department of Agriculture has shifted its focus from treating the individual to treating the nuts themselves.

Scientists are working to develop a hypoallergenic nut.

By introducing an enzyme into the nut, they are altering the allergy-causing proteins.

PreviousÂ experiments have been conducted usingÂ laboratory-grade chemicals that are not safe for human consumption. In the most recent tests, however, sodium sulfate has been used instead.

Sodium sulfate is labeled as "generally regarded as safe" by the Food and Drug Administration, but researchers hope to use less sodium sulfate or something milder.

There is still time before hypoallergenic nuts will be available to the public. Scientists still need to test whether treated nuts are safe to eat and taste the same as untreated ones.

The number of children suffering from tree-nut allergies has doubled in the last decade.

Researchers at the University of Chicago believe that overuse of antibiotics has contributed to the rise in food allergies.

Increased use of antibacterial products disrupts the body's microbiota. To test how disrupted microbiota could affect one's susceptibility to allergies, researchers compared lab mice given antibiotics to mice that were not.

They found those treated with antibioticsÂ had decreased gut bacteria and an elevated antibody response to peanut allergens.

Researchers also discovered that the peanut allergy was cured when a strain of gut bacteria called Clostridia was introduced into the mice's intestines.

The University of Chicago researchers have filed for a patent to work with biotech companies to produce a probiotic cure to nut allergies, but more research still needs to be done.

An emergency injection EpiPen can help stop anaphylaxis when exposed to the allergen, but it's no cure for the allergy itself.

Gradually introducing the allergen into the system of an allergic patient works to decrease the immune system's response. This method is slow, however, and it's not guaranteed-building up a tolerance takes time.