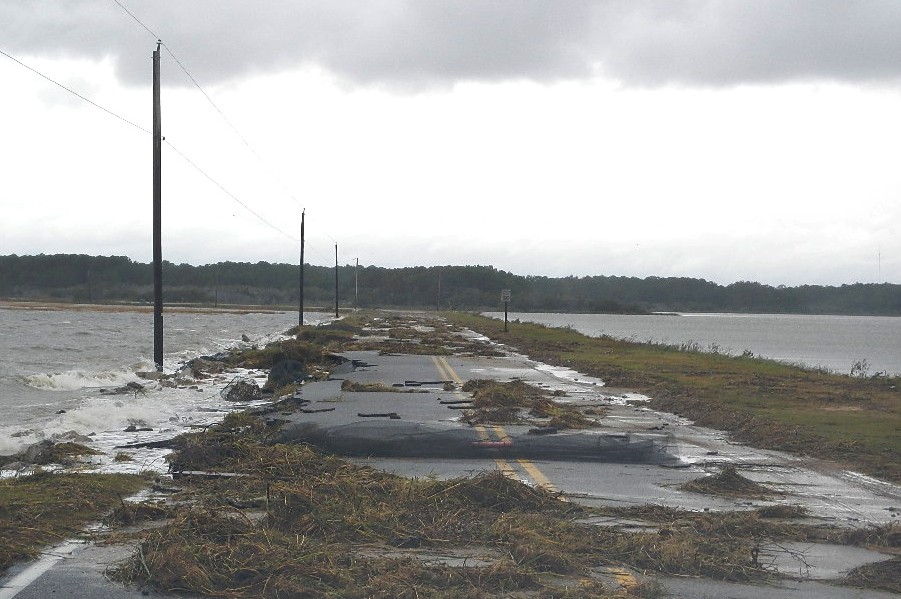 In the aftermath of Hurricane Sandy's devastating journey through New England, farmers and foodies are beginning to take stock of its impact on food production and distribution in the area.

Many of the farmers and distributors to have suffered damage from the storm also bore the brunt of Hurricane Irene's damage around the same time in 2011.

Hurricane Sandy devastated farmland in Jamaica, Haiti and Cuba before making landfall in the American Northeast.

Roads damaged by Hurricane Sandy have stranded truckloads of food in storage and on curbsides throughout the region.

This poses no immediate threat to the shelves of most grocery stores which typically keep one to two weeks worth of stock in on-site storage.

It does, however, pose a threat to their refrigerator sections: perishable food will only last a few days at room temperature.

City officials have been quick to remind citizens that price-gouging - wherein vendors raise prices on necessities during emergency situations to profit from disaster - is illegal.

(No) Power To The Chickens

Ranchers and other livestock farmers have, for the most part, been hit harder than crop farmers because the storm struck after the end of the major growing season.

Chicken farms rely on heated coops to keep their flocks healthy and laying eggs.Â Most chicken farmers should have back-up generators to keep them safe for a few days or weeks, but they still stand to suffer from feed shortages brought about by the closed roads.

Limited access to gasoline also has profound impact on farmers of all kinds, as it restricts their ability to travel to access the supplies they need.

At the Brooklyn Grange's Navy Yard, Hurricane Sand destroyed twenty-five beehives, each containing about 40,000 bees.Â Ten hives located in a different part of the yard survived.

The Brooklyn Grange had been breeding the bees in the hope of developing a strain that could survive in New York City.Â Eventually, they planned not only to produce apiary products for sale, but also to provide bees to other local beekeepers.

Despite the loss, the farmers remain committed to rebuilding the project from their surviving hives.

The USDA is urging all farmers to record all losses resulting from the hurricane.

Since a new Farm Bill has yet to be passed, all emergency procedures are being handled per the 2008 version of the legislation.