Hurricane Irene: The Connection Between Weather And Food 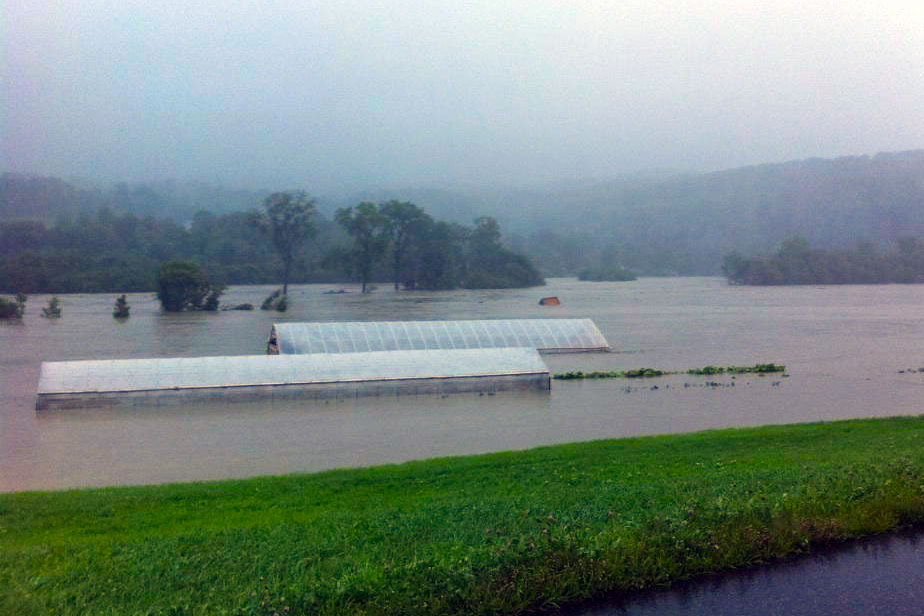 Weeks after Hurricane Irene tore through the east coast, farmers, consumers, and government officials are still taking stock of its impact.

Tobacco farmers have seen losses of up to 90 percent of their crops, and dairy farmers have had to dump tanks of milk that have gone sour waiting for the roads to reopen.

Consumers are still waiting to see the impact of the storm on food prices and on the availability of their favorite fresh grocery store items.

As damage assessments are being conducted across Irene's path, state governments are stepping in to promise aid to affected farmers. Governor Andrew Cuomo of New York has promised to establish a $15 million Agricultural and Community Recovery Fund for New York's affected farmers. An estimated 140,000 acres of farmland have been lost in the empire state.

In North Carolina, agricultural damages are expected to top $320 million. Sweet potatoes, peanuts, and corn were the most strongly affected of the food crops.

Crops of all kinds have been devastated, from cotton and tobacco in Virginia to organic farms in New York. In North Carolina, at least one farmer has said nearly 100 percent of crops still in the ground will be lost.

The most heart-wrenching stories, however, have come from dairies and other livestock owners, many of whom lost animals to the floodwaters. Now, they're struggling to care for the animals that remain, often despite power outages and roads that remain closed. Many of these farms have found the most useful support to have come from volunteers in their own communities.

Perley Farm, a dairy in Vermont, describes being overwhelmed by the outpouring of support from their community -- everything from neighbors bringing lasagnas to college students arriving, unbidden, to muck out stalls.

Well, maybe -- but not so much because of the storm.

2011 has been a year of good growing conditions in California and the Midwest, which will help balance out the effects of the hurricane in the northeast and the severe drought in the south and west. Â Analysts predict that inflation of food prices will actually owe more to the drought in the southern states than it does to Irene.

The devastating losses that Irene has caused have been buffered somewhat by the fact that the harvest season leading up to the storm was exceptional.

A widely-circulated editorial by Todd Essig published in Forbes magazine reminds consumers that if they feel the effects of Hurricane Irene's impact on the agricultural sector, it should strengthen their understanding of the connection between food and weather. "Nationwide distributors buffer us from any direct contact with the table-side consequences of weather, other than a few pennies more or less on commodity prices," Essig says.

For consumers to feel aware of the impacts of bad weather on produce is for them to reconnect, in a way, with the farmers who provide for them.

Hopefully, Essig implies, this will encourage casual consumers to develop an increased sensitivity to the challenges faced by local farmers, and to support them as a result.

In Rhode Island, some counties have lost twenty to thirty percent of their apple crop for the season. State officials have responded by touring the affected orchards and encouraging Rhode Islanders to support local farmers by buying local apples.