When Is Honey Not Really Honey, Honey? 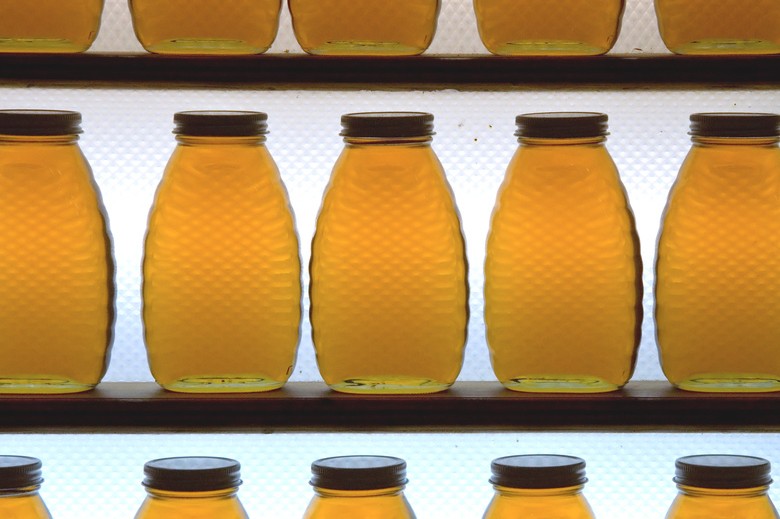 Pollen: What Is It Good For?

Bees make honey out of pollen from wildflowers. But in most honeys available at supermarkets, the pollen has been filtered out of the honey.

The FDA says that any product that's been ultra-filtered to remove all pollen is no longer honey.

According to the folks at Food, Science and Nutrition,Â pollen is "the only foolproof sign identifying the source of the honey."

All honey sold in the U.S. is filtered to remove debris, like bits of honeycomb wax, to ensure shelf stability. Filtering out the pollen requires a much more elaborate "ultra-filtering" process, and makes it possible for companies to sell products that would not otherwise be permitted for sale in US markets.

As an example: an earlier FSN study revealed that the U.S. honey market is flooded with honey from India that's been contaminated with illegal antibiotics and heavy metals. Indian honey is prohibited for sale in Europe for just that reason.

The pollen-refining technique was allegedly developed by the Chinese to make it possible for them to sell their honey in US markets, even though it is often treated with illegal antibiotics.

Mark Jensen, president of the Honey Producer's association, states that it makes no sense to filter pollen out of honey.

The process is expensive and diminishes the quality of the honey by exposing it to high heat.

"In my judgment, it is pretty safe to assume that any ultra-filtered honey on store shelves is Chinese honey and it's even safer to assume that it entered the country uninspected and in violation of federal law," he said.

FSN contacted some of the honey packers for commentary. Most declined comment, but some offered alternative explanations for the pollen filtering.

"It was filtered in processing because North American shoppers want their honey crystal clear," says Bob Olney of Honey Tree, Inc., in Michigan. Honey Tree supplies the Winnie The Pooh brand honey sold in Walmart stores. Olney says that the honey he packs all comes from Montana, North Dakota, and Alberta.

Packers of Silverbow Honey also said that "Grocery stores want processed honey as it lasts longer on the shelves."

In a separate interview, Bruce Boynton, CEO of the National Honey Board, argues that there are in fact standard filtering techniques that remove pollen. "Generally [â€¦] the packers in this country don't use ultrafiltration, it's too expensive; they don't need to do it. They do filter honey through different methods and certain types of filtration does remove pollen but that's not a bad thing or an illegal thing or a wrong thing.

"In fact," he stresses, USDA grading standards give a higher grade for honey that is more clear."

Click here to see the list of honey brands that do not contain any pollen according to the FSN test.