The Homegrown Tradition Of CSA Farming 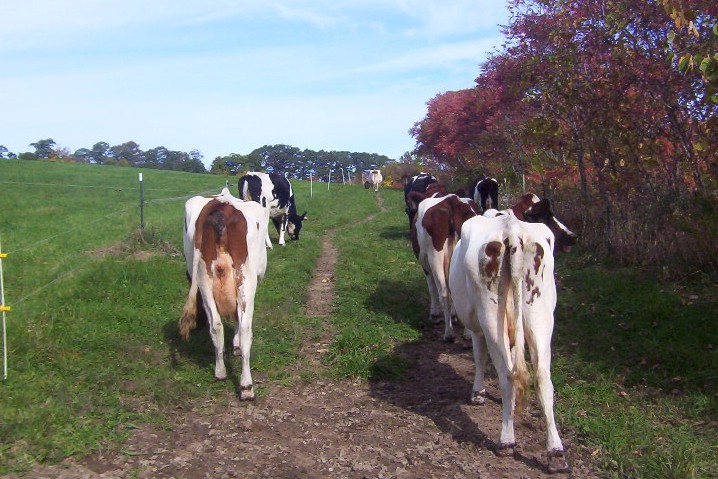 (Read part two and part three of our series profiling the past, present, and future of CSA farming around the world.)

In August 2010, Earth Eats reported on how Life Organic Farms, based in Monroe County, Indiana, runs a Community-Supported AgricultureÂ (CSA) program to help manage the costs of their farm.

CSAs are growing in popularity around the country as a way for farmers to manage their expenses and for consumers to build connections with their food sources.

When subscribers sign up for a CSA, they pay a sum of money to a farm early in the planting season, usually around March.

The farms then use that money to cover early season expenses ranging from seed purchase to equipment maintenance and the hiring of labor.

During harvest season, subscribers receive boxes of food from the farm according to a predetermined schedule (usually weekly) for a fixed number of weeks (usually 20-25, depending on the region).

Consumers often find CSAs to be an economical way to get organic produce, and to encourage healthy eating habits.

Farmers appreciate the fact that it decreases, and sometimes eliminates, the need to take out early-season loans to pay start-up costs. Those loans would be taken out against the anticipated revenue that comes from selling the harvest, but if the harvest fails due to bad weather or other natural disasters, they still need to be repaid.

Under a CSA model, subscribers agree to adopt some of the risk that goes along with farming as an enterprise.

The origins of the CSA model are disputed. There are a few versions of the story that circulate, and nobody is really sure which one is true.

Organics And Ethics In Japan

The most common narrative, which collective wisdom has inscribed on the Wikipedia page for CSA, is that in 1965, a group of Japanese women were concerned by the possible effects of pesticides on arable Japanese land, and the associated increase in imports.

These women started the first CSA projects, called Teikei, out of a desire to make local, pesticide-free food available in their communities.

This is also the story told by many CSAs themselves.

The Temple-Wilton Community Farm was supported through pledges paid in advance by consumers at whatever rate they could afford, rather than paying fixed prices at harvest time.

Its managers would publish the farm's annual budget and ask members to pledge whatever they could contribute to help the farm to meet its budget requirements.

Indian Line Farms, however, coined the term "Community-Supported Agriculture" and designed the CSA model as it currently exists.

The farmers who built Indian Line were advocates of sustainable farming, the idea that food should be grown and sold locally, and of strengthening the fading connections between farmers and consumers.

"We began to see CSA as a way to bring these key ideas together," says Susan Witt, one of the founders of Indian Line Farms.

Both Indian Line Farms and the Temple-Wilton Community Farm are still functioning in 2011.

(Read part 2 of our series profiling the past, present, and future of CSA farming around the world.)