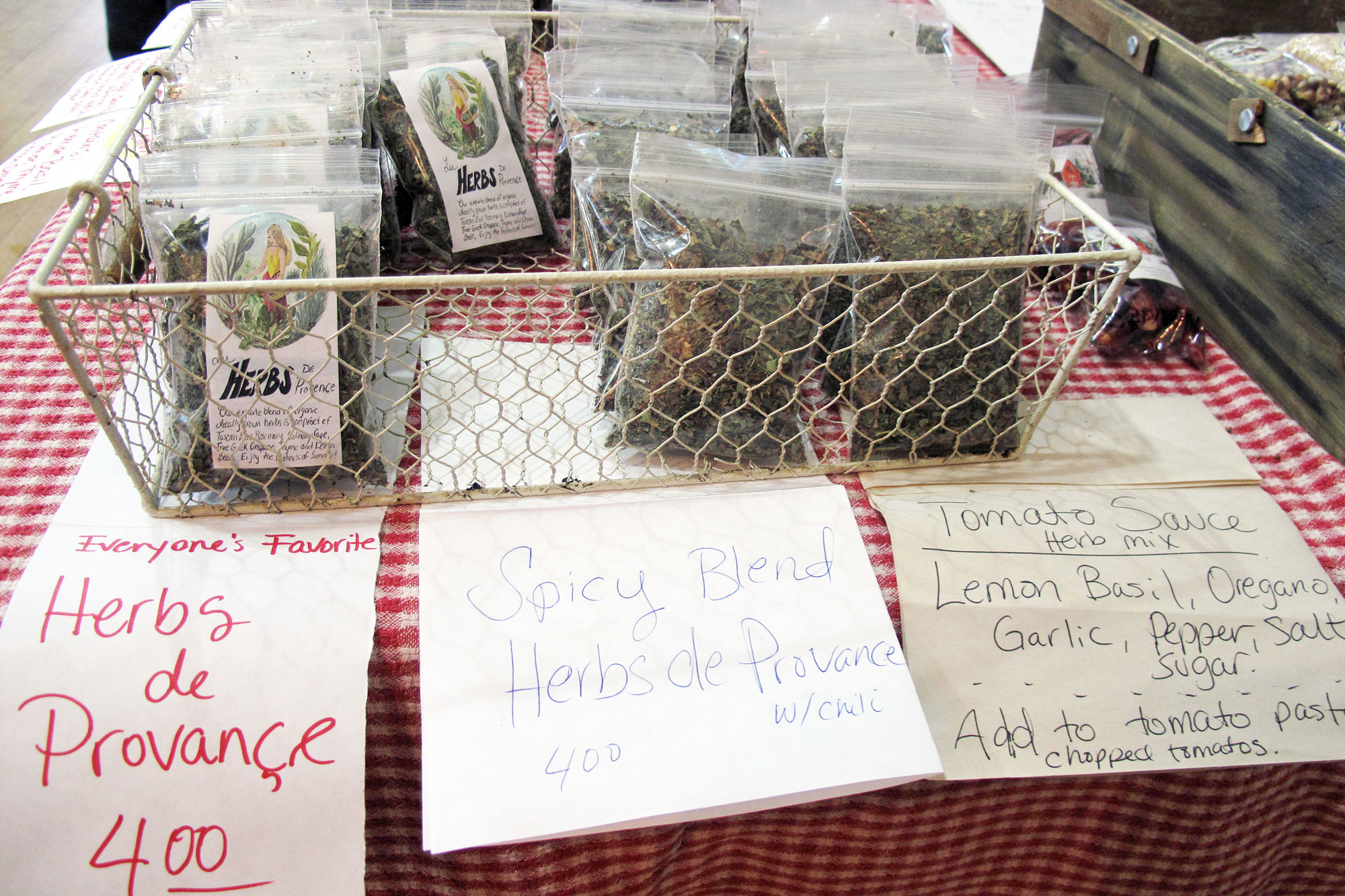 The argument that you can't eat locally in the Midwest in the cold months is totally debunked by one particular farmer at the Bloomington Winter Farmers Market today, Teresa Birtles of Heartland Family Farms. She's selling various squashes: butternuts, buttercups, delicatas and acorns. Her cooler also holds frozen heirloom tomatoes and blackberries.

She explains that it took some forethought back in the fall to harvest these veggies with an eye on storing them over the winter and selling them in the early spring. "There's such a bulk of it, such a glut generally speaking," she says of her fall harvest of tomatoes and fruit.

When the food is fresh from the field in the fall, they sell some of the harvest at market, some of it goes to area chefs and some of it is used in their value-added jams, jellies and finishing sauce. The remaining tomatoes and berries get frozen.

For Birtles, this is about more than just preventing food from rotting in the field. It's a good business decision:

It's also a way for a farmer not to take a really low price when there's a glut of food in a particular season. While the price may drop when there's a plenty, in the winter when there isn't that local fresh available, we do have local frozen available.

While you're not going to be enjoying these tomatoes sliced on sandwiches because the freezing process makes them mushy, they are great for soups and sauces.

The item that really sets their table apart from others at the market is the heirloom popcorn. These red, white and blue popping corns were also harvested in the fall. The job of striping the kernels off the cob is a laborious one, but Birtles says it's something she used to do with her mother and grandmother when she was a girl. In fact, she still uses the same old hand-crank popcorn popper.

"They didn't just go to the store, they grew what they wanted," she says. In the winter they loved to sit and visit. There wasn't all that electronic media and all that other stuff, they just visited."

The Bloomington Winter Farmers Market is nearly finished for the season, one more Saturday in the month of March to go!