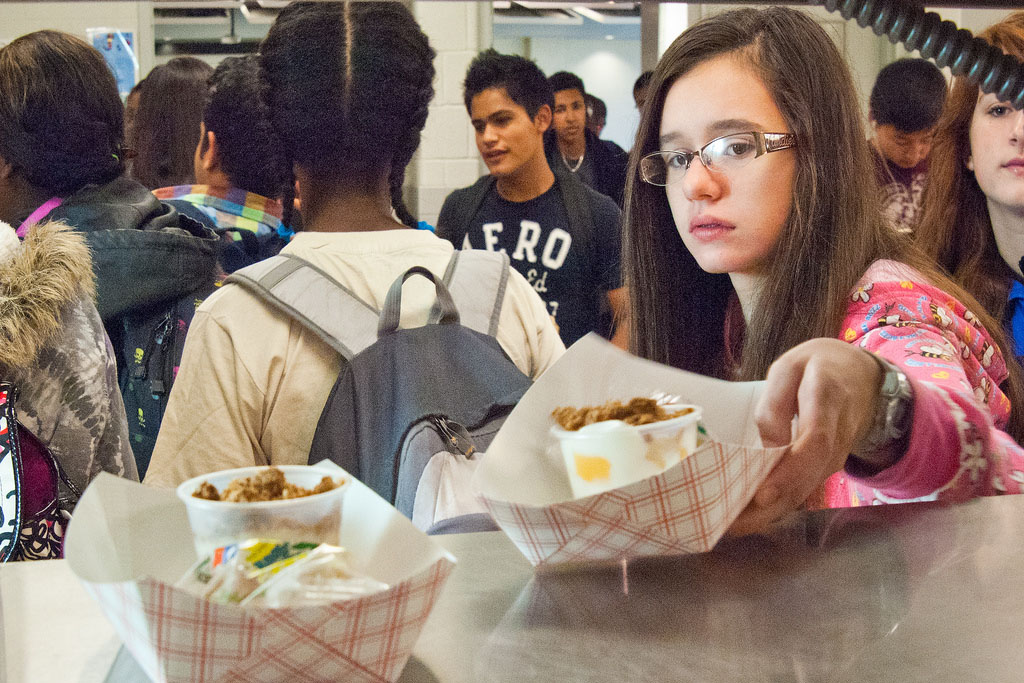 House Republicans are proposing a bill that would allow schools to opt out of some of the rules put into effect from the Healthy, Hunger-Free Kids Act of 2010, championed by Michelle Obama.

The Healthy, Hunger-Free Kids Act requires students to take fruits or vegetables with their school lunch while limiting the amounts of fat, calorie, sugar and sodium.

Some schools have argued that the rules are costing them money.

The proposed bill would allow school districts to apply for a one-year waiver if the districts can prove they are operating at a loss.

Health advocates, like Margo Wootan of the Center for Science in the Public Interest, argue that the bill will reverse all of the positive steps made in the battle against children's obesity.

The only concession the USDA has made so far is to roll back the whole grain requirement. Whole grain pastas, for instance, are proving difficult to stock in economy-food situations, like school cafeterias.