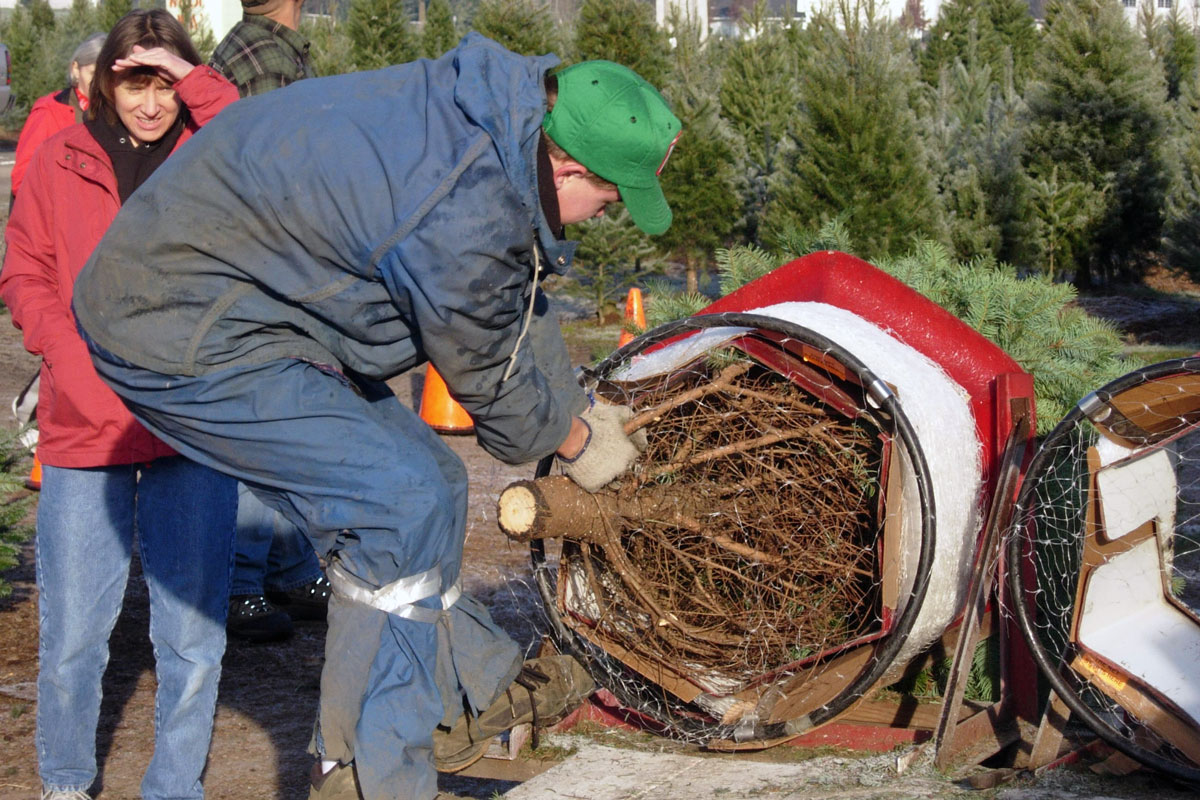 It's the time of the year when Katie Abrams sees her Fort Collins neighbors pulling up with real trees tied to car roofs. She feels small pangs of jealousy when friends post woodsy pictures in flannel shirts, cutting down the perfect spruce.

"It all sounds really nice," Abrams says. "And then once you go out and do it I can just imagine all the steps involved."

So instead she pulls out the fake tree from the garage. A mentality that terrifies American Christmas tree growers.

The market is shifting toward artificial trees. In a 10 year period starting in 2002, the number of Christmas trees harvested in the U.S. dropped 17 percent, and more than 6,000 Christmas tree farms closed up shop, according to data from the U.S. Department of Agriculture. All the while fake tree sales climbed.

To fight back, tree farmers are now pooling their money to advertise and promote fresh-cut firs, pines, and spruces. It's an effort to save their business and to reach consumers who value a convenient Christmas.

Here's how it works: Starting in winter 2015, every commercial Christmas tree grower in the country who sells more than 500 trees a year pays 15 cents per tree into a fund, called a checkoff. That money is pooled, tallied and then a board of Christmas tree growers and importers votes how the money is spent on promotion, research and advertising. Similar models pay for industry slogans like "Beef: It's What's For Dinner," and "The Incredible Edible Egg."

You want a family tradition for your Christmas, you want something that your family really connects around and build an experience around, then you want a real tree.

The idea was first brought up in 2011, but after a firestorm of criticism – the fee was labeled a "Christmas Tree tax" – it was postponed. O'Connor says it was the growers themselves asking for it, to take on the artificial tree market.

Jerry Windsor hasn't seen his sales of real trees slow down. He sells about 250 Christmas trees a year at his U-cut farm in Windsor, Colorado, an hour north of Denver, complete with a hayrack ride and free cups of hot cocoa.

"You're selling an experience and a tradition," he says. "And we have families who cut the first year who are still coming back."

Windsor says the mandatory Christmas tree checkoff won't be welcomed across the board by growers, but it's a necessity. His operation is more of a hobby, but for other growers, it's a lifestyle.

"There's a huge need for somebody who's gotta sell 3,000 to 5,000 thousand trees a year. They need people on their farm," Windsor says.

Because it's the first year growers are paying in, there are no ads or clever taglines for Christmas trees yet, the promotion board's O'Connor says. Those are expected to be rolled out next Christmas. He says they've already settled on a narrative. Real Christmas trees are authentic and they symbolize authentic experiences. These days, authenticity, or at least the perception of it, sells.

"You want a family tradition for your Christmas, you want something that your family really connects around and build an experience around, then you want a real tree," O'Connor says. "You're just simply not going to get that by pulling the box out of the attic."

Ever since Katie Abrams was a little girl, the start of the holiday season meant exactly that, her family unearthing an old, dusty box.

"It was always a big deal to drag the giant tree out of the basement, dragging it up the stairs," Abrams says.

The tradition continues today with her husband Brian and toddler, Eisley. A green, plastic tree is adorned with lights in the Abrams' home. But that doesn't mean visions of the real deal aren't dancing in her head.

Just the opening tree growers are hoping for next Christmas.