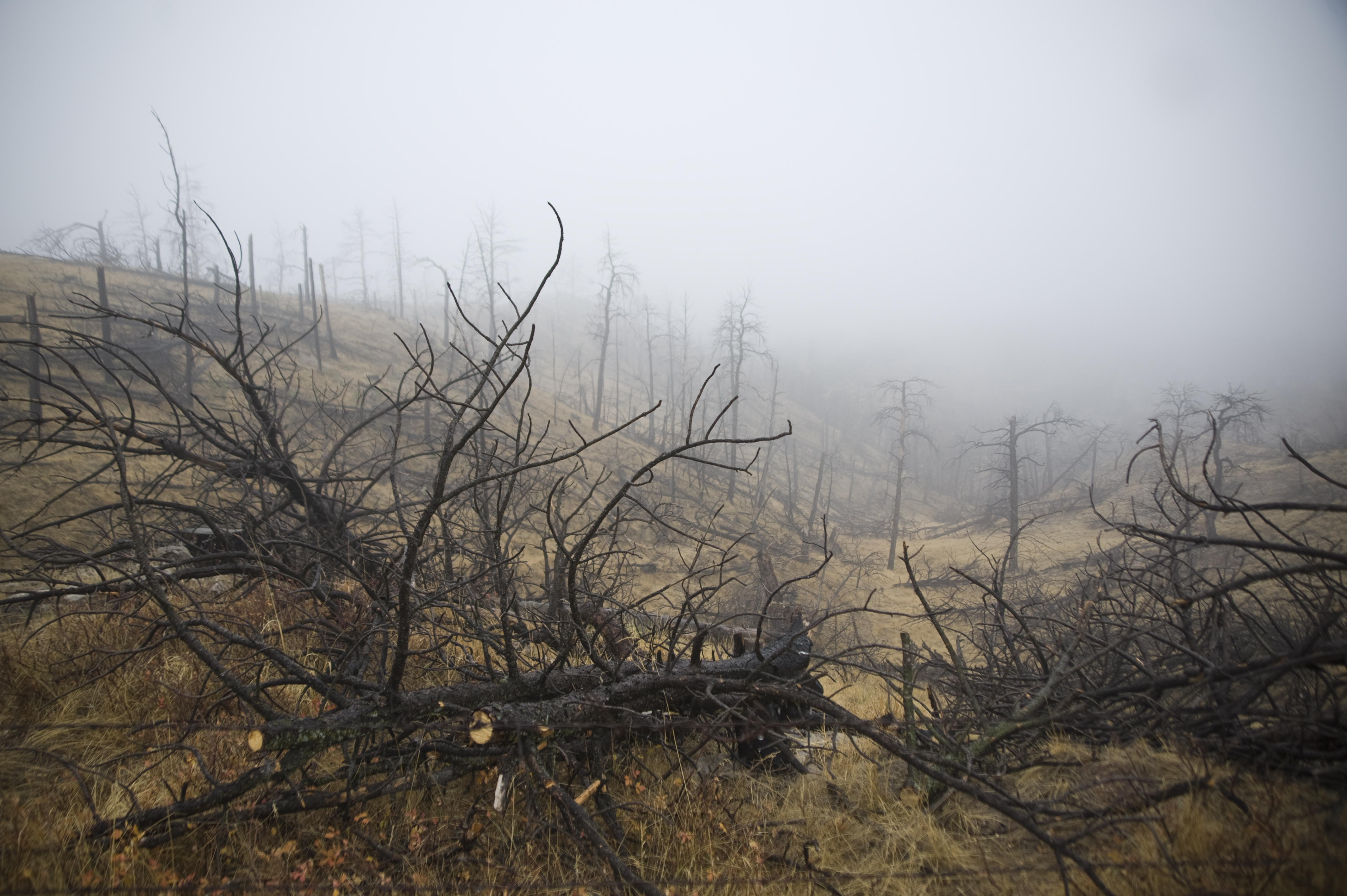 Wildfires burned through thousands of acres of Great Plains farm and ranch land in the 1980s. Today, wildfires are likely to char millions of acres.

The Great Plains are seeing more wildfires, according to a new study, leading researchers to ask why the fires are happening, and fire managers to examine what resources they will need to keep the blazes in check.

Wildfires can be started by neglected campfires or cigarette butts. They can ignite from prescribed burns run amok or launch from lightning strikes. The rapid uptick in fires was documented in a study from researchers at the University of Nebraska-Lincoln, which examined fire records over the last 30 years across the Plains, from Texas to the Dakotas.

"The total hectares burned by wildfires increased by upwards of 400 percent in the Great Plains," says Victoria Donovan, a Ph.D. student at UNL and lead author of the study. "We found that we have an increasing probability of wildfire, so there's a greater likelihood of a large wildfire occurring every year in a lot of locations."

Donovan says wildfire was common on the Plains before Europeans arrived in the region. The arrival of the pioneers actually put a lot of wildfires out. But fire managers on the Plains are less practiced than their counterparts in the West at dealing with a high volume of wildfire events.

"We've been very effective at suppressing wildfires in this area in the last 100 years, so we're not necessarily as prepared for these shifts in wildfire compared to areas like the western U.S. that have been experiencing a lot more frequent large wildfires in recent history," Donovan says.

Donovan isn't sure whether the number of fires will keep going up. The study didn't look at what is causing the trend. It is worth investigating, she says, whether humans are responsible for more fires, and what role climate change is playing in spurring greater numbers. She says it may make sense to look at the how the prevalence of invasive species may be fueling some fires.

"When you have different types of plants that create different fuels, that increases the amount of fuel you have so you can have much more extreme wildfire behaviors that might be more difficult to suppress," Donovan says.

The trend Donovan documents includes a rash of wildfires in Nebraska in 2012 when around 100,000 acres burned on the Pine Ridge region of northwest Nebraska.

This year's fire season is another good example. In March, fires swept parts of Texas, Oklahoma, Colorado and Kansas. The Starbuck fire in southwest Kansas raced across Gena Kirk's ranch and went on to consume around 500,000 acres of grassland.

"It was throwing fireballs. It was mean, ugly. It was loud," Gena Kirk told Harvest Public Media in April.

The fires killed seven people across the region and thousands of cattle. Landowners like Kirk faced a big bill to rebuild everything from homes to fences.

If there are more fires, the job of preventing them and preventing damage to farms and homes will largely start with volunteer firefighters in rural towns.

There was an increase in state funding in Nebraska for volunteer firefighter training after an outbreak of wildfires in 2012, Peterson says. There's also more money to buy new equipment such as small planes that drop fire retardant and retired military vehicles retrofitted as fire trucks. Peterson says Nebraska officials are working to make the state as prepared as possible if a fire like the one in Kansas happens there.

"We have to be. The fires are going to happen," Peterson says. "Every fire is different. I think we are prepared. But no matter how prepared you are you're going to be tested at some point."

If the trend of more wildfires does continue, policy makers and firefighters in Plains states like Nebraska may have to look at whether they are ready to keep them contained.