For Grad Student, A Trash Can Is No Obstacle For Food 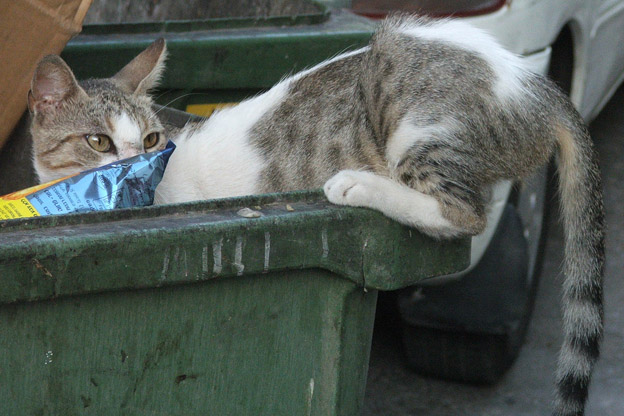 Combating hunger sometimes involves thinking outside the box. But what about thinking inside the trash can?

A Seattle graduate student is doing just that -- diving into trash to find edible food.

University of Washington anthropology student David Giles is forming his thesis around discarded food. He wants to bring attention to how much edible food gets tossed into the trash.

"The first thing that hits you in the face is how good the stuff in the Dumpster is. It's thrown away because it's notÂ profitable," Giles says.

He has a system -- certain bins yield better results on certain days. He picks everything from sealed foods to produce that wasn't nice enough to sell. The produce takes a bath in a bleach solution, and it's good as new.

Giles theory on tossed food is spot on -- food banks started because of the large quantity of food that was being thrown away from grocery stores.

He works with local nonprofits to feed others as well as feeding himself. Like food banks say, don't feed anyone anything you wouldn't eat yourself.