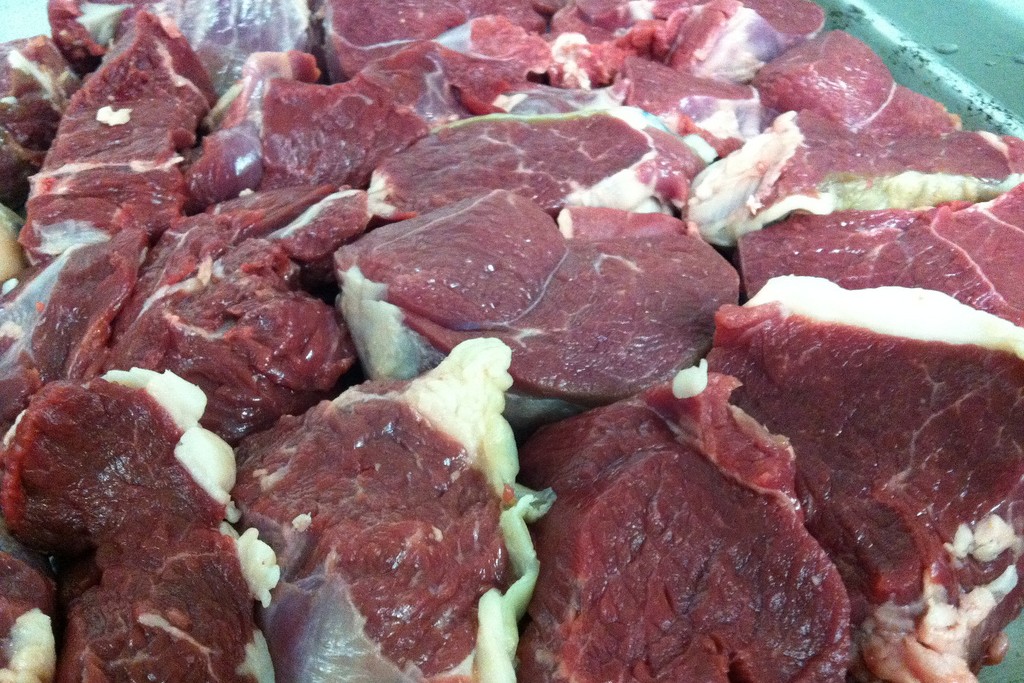 Pigs Fly (Off The Shelves)

On August 13, President Obama announced the USDA would purchase $170 million worth ofÂ meat to help livestock farmers struck by this summer's drought.

The large buy-outs of pork, lamb, chicken and catfish will give farmers an additional boost on top of $30 million in assistance announced last week.

The purchased meat will go to food banks and other federal nutrition programs.

The Defense Department is also looking for ways to encourage its vendors to speed up their purchasing of meat.Â Purchasing meat at low prices now will benefit both taxpayers and struggling agricultural economies.Â The meat will be frozen for later use.

No Grass, No Grain, No Green

Livestock farmers throughout the drought-stricken Midwest have been looking to thin their herds following the worst combination of drought and heat that the region has seen since the 1950s.

To make matters worse, the drought has devastated the national corn crop, driving up feed prices.

The government purchase will enable farmers to thin their herds without wasting the meat, while at the same time giving them the financial support they need to feed the rest of their animals.