That's How The Gingerbread Crumbles 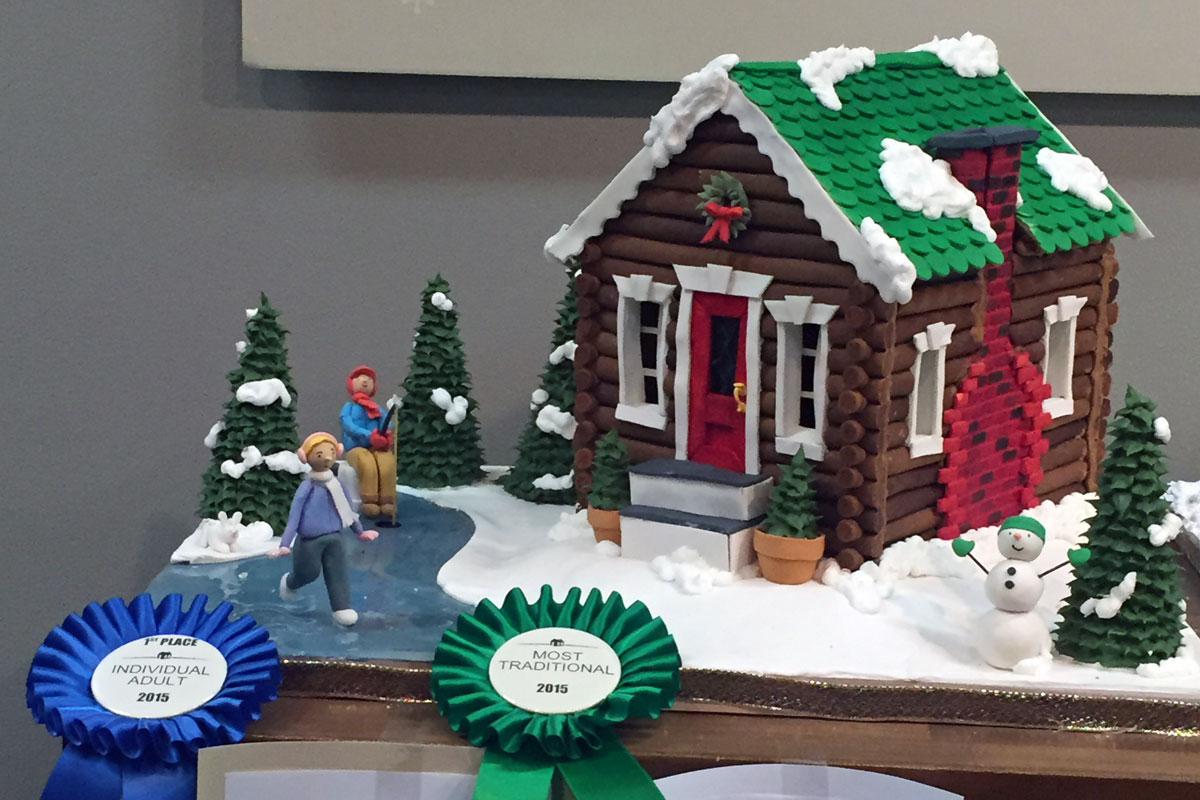 Mary Figueroa was feeling awesome. Her gingerbread house is beautiful, everybody is telling her so. But now moments before the winners of the competition are announced, she's starting to see all the flaws. She can't stand still and keeps looking at the exit of Conner Prairie like she's going to make a break for it.

"I'm nervous for one, because I want to win, obviously," she says. "And I mean, I think I have a pretty good house, but there were some things I didn't love about it," she says. Like the chimney. She couldn't get some pieces to fit quite the way she wanted them to.

This is her third time entering the Conner Prairie Gingerbread House Competition, she wants to think she has it in the bag. "I mean I've been really cocky about it, so I hope it doesn't come to bite me in the ass!"

Mary is a junior at Indiana University. Her bedroom in her rental off just off-campus feels like it's from a different era. There are retro posters on the wall, as well as a homemade collage of movie stars from years gone by. The smell of gingerbread lingers in the air.

Gingerbread house making has been an important hobby of hers since high school, but her history with it goes back before that. She remembers making her first gingerbread house in elementary school. "I remember my mom being like really creative in making this house and using a sucker as a lamp post or something and I just thought that was like the coolest thing ever," she says.

At 10, she started volunteering at Conner Prairie Living History Museum as a child reenactor. That was the first time she was exposed to the gingerbread house competition. "I would kind of look around a bit. And I thought it would be kind of fun to get some friends together to enter the contest for fun."

She entered her first competition as a freshman in high school, and by her senior year, she had placed second in the teen division at the National Gingerbread House competition in 2012. But, she kept quiet about it.

"Everyone thought I was really bizarre and weird. I even had a teacher who made fun of me about it like, in a joking way, but he would do it in front of the whole class." There were even a few articles written about her hobby, but she didn't like the way they made her sound. "Both of them were really bad and made me sound just pretty insane about gingerbread houses. So I stopped telling people I made gingerbread houses in high school."

It became her secret hobby.

When Mary got to college, she had to put gingerbread houses on hold because it was logistically impossible. The dorms didn't have the space for her to do her craft, and her apartment her sophomore year didn't either. But this year, her kitchen is satisfactory. "So, I'm trying to get back into it."

And The Winner Is...

After a few sleepless nights, Mary finished her house and turned it in for registration with minutes to spare.

Now four days later, Mary's fears have melted away as she learns her house has been awarded two first place ribbons in the Individual Adult and Most Traditional categories. "I'm going to Disney World," she yells as she runs victoriously toward the reception hall.

Is she back in the game for good? You bet.