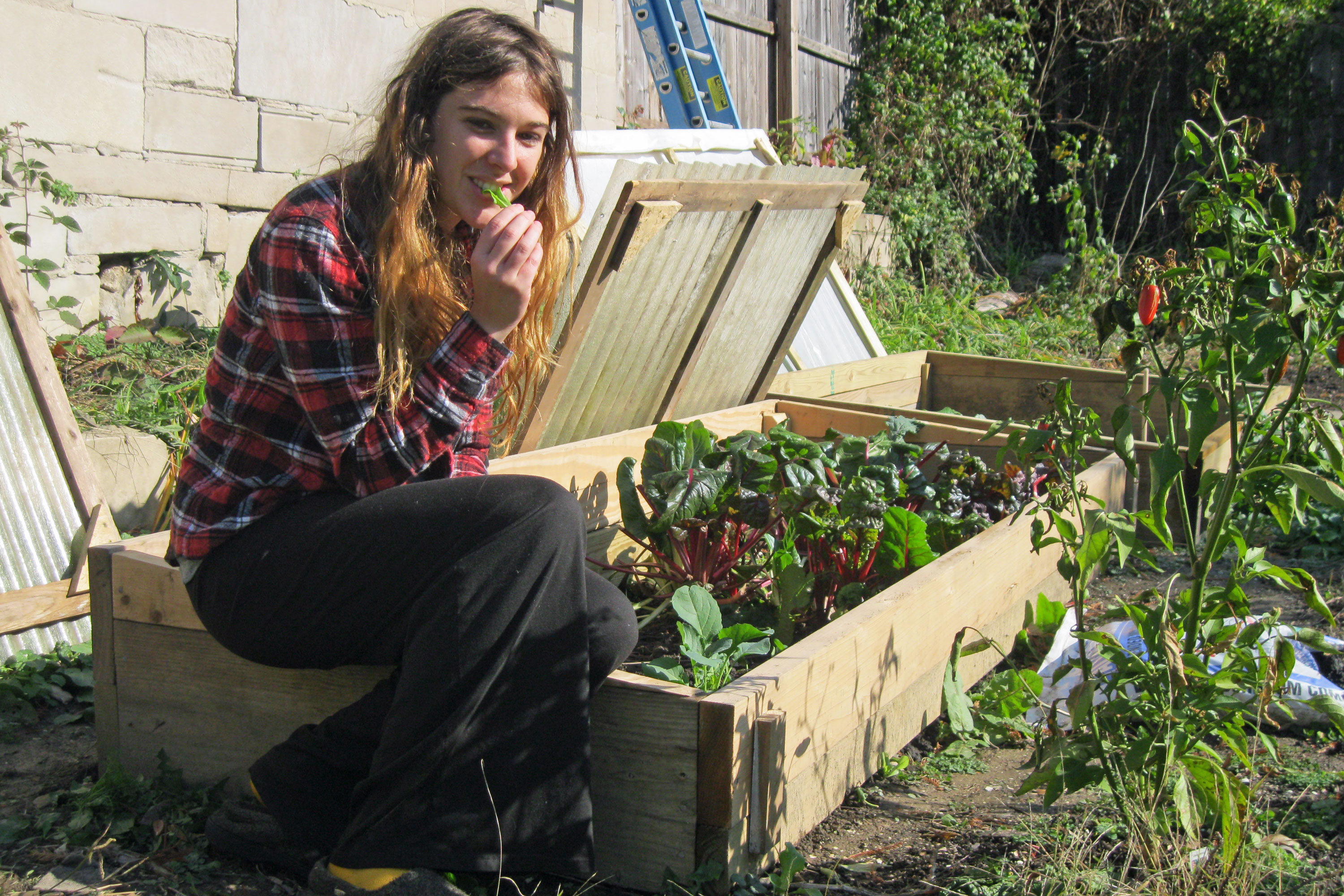 Insomnia In The Garden

When I asked Jami Scholl to talk about what gardeners should do these days to put their gardens to bed for the winter, she balked.

"I don't know what to say, because I don't typically put my garden to bed. I utilize it all the time."

Scholl is President of My Edible Eden through which she offers gardening and permaculture advice, and she also sells a series of planting calendars for the various climate zones.

Local And Seasonal Year Round

In her garden right now, she has bok choy, Jerusalem artichokes, sweet peas, kale, cabbages and - believe it or not - tomatoes are still producing. She planted her cold weather crops in August and September and she hopes to be harvesting off them for the next few months.

She scoffs at the notion that folks in the Midwest can't eat locally year round. For starters, preserving foods through drying, smoking, canning and freezing is a great way to make the bounty of the harvest last even longer.

But is she truly picking fresh food from her garden when there's snow on the ground?

"I have," she says. "I've harvested carrots before. If you cover your root veggies with straw, you'll easily keep the ground from freezing. They will actually be more sweet and much more tasty."

Leigh Bush, on the other hand, it a novice gardener who is new to growing food during the cold months.

She has two cold frames in her rather expansive back yard. Two-by-fours enclose her garden beds on all four sides and a removable, clear lid enhances the light and energy coming from the sun. She re-purposed an old shower curtain for the lid on one of the cold frames.

"I've got some pretty sturdy vegetables in here," she says. In addition to kale, spinach and turnips, she has a row of mystery seeds. "It's the middle of November and I'm like, ‘You can make it, you can make it. I just wish I knew what you were!'"

The turnips and spinach are growing especially well, but she's worried that they're starting to crowd each other.

Leigh Bush: Because I broadcasted those seeds and they're doing so well, I don't know how willing I am to thin them. They look so delicious, but I don't want to stunt their growth. As a novice gardener, that's the one thing I'm really curious about -- when to thin and when to let them go on their own.

Jami Scholl: They may end up growing together, which is fine. Some of them may die or they just grow closely, or you could just harvest them now and have a baby spinach salad.

To Straw Or Not To Straw

Bush also wanted to know about laying down straw in her cold frame. Will this help the plants survive better or will it make it too warm for them?

JS: Know that snow insulates, so you're going to have it around 32 degrees. Also, it depends on how frequently you want to eat from it. What you're growing now, or have been since August, is what you will be eating on.

Now, the plant will not die. It will slow its growth. You do want to keep the plant alive and eat what is there. Just make sure it's covered, otherwise put the straw on. But it does need the sunlight!

LB: I planted a bunch of garlic about a month ago and it seems to be doing really well. As for all the other garlic I planted a week or two ago, I'm not seeing anything from it. I'm not sure if I waited too long or if it's just slow because it did get colder over those last two weeks. Is it going to be dormant throughout the winter?

JS: You can plant garlic a lot of different times of the year. I know some farmers nearby who plant all the way up into December. Harvest time will be different and the size of the bulbs will be different depending on when you harvest them. It's about a ten-month cycle for garlic. So, I wouldn't worry. It'll be fine.