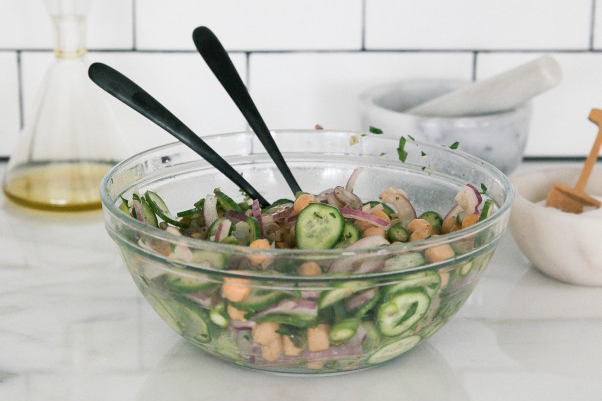 I like to think that this is the salad I could eat every single day during this season and I would never tire of its flavors. I'm pretty positive this is an accurate statement.

I'm currently trying to eat healthy (basically a constant mission of mine, most of the time I only halfway succeed) and this has become a salad that is in heavy rotation. I eat it after a workout or a few hours before one.

The dressing is filled with oregano and lemon juice and red wine vinegar. The garbanzo beans are delicious with the crisp slices of cucumber, sliced red onion and sliced asparagus. It's a super easy salad that stays so well when kept in the fridge. Last week, I made a big batch of this on a Sunday and it was still delicious on Tuesday and Wednesday-a fete!