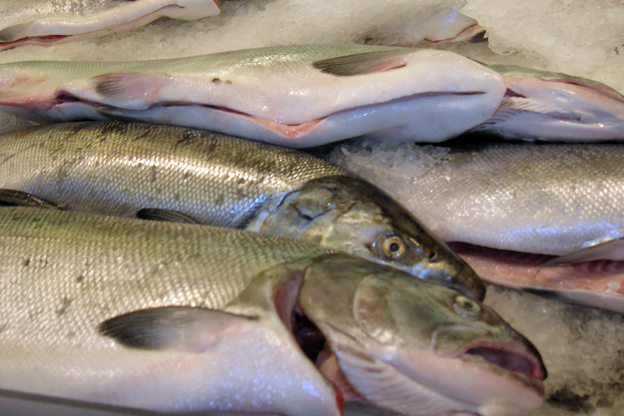 Two Alaskan lawmakers are hoping to fight the "frankenfish" from the Senate floor.

Senators Mark Begich and Lisa Murkowski introduced legislation that would essentially ban the fish. Democrat Begich introduced the PEGASUS Act -- Prevention of Escapement of Genetically Altered Salmon in the United States. Republican Murkowski filed an amendment that would keep the FDA from providing funds for genetically-modified fish.

Both senators argue there isn't enough research to prove the GM salmon would be safe for humans in the long run. Concerns about the environment and the effect the salmon could have on local fisheries haven't been completely considered, they argued.

The AquAdvantage salmon contains a gene that makes it grow year-round -- twice as fast as regular salmon.

The FDA recently awarded AquaBounty Technology, creator of the genetically-modified fish, a grant to ensure the fish wouldn't reproduce with the wild salmon population.

The FDA is inching closer to allowing AquAdvantage to clear the fish for human consumption -- after a denial earlier this year, the proposal is waiting at the White House Office of Management and Budget.