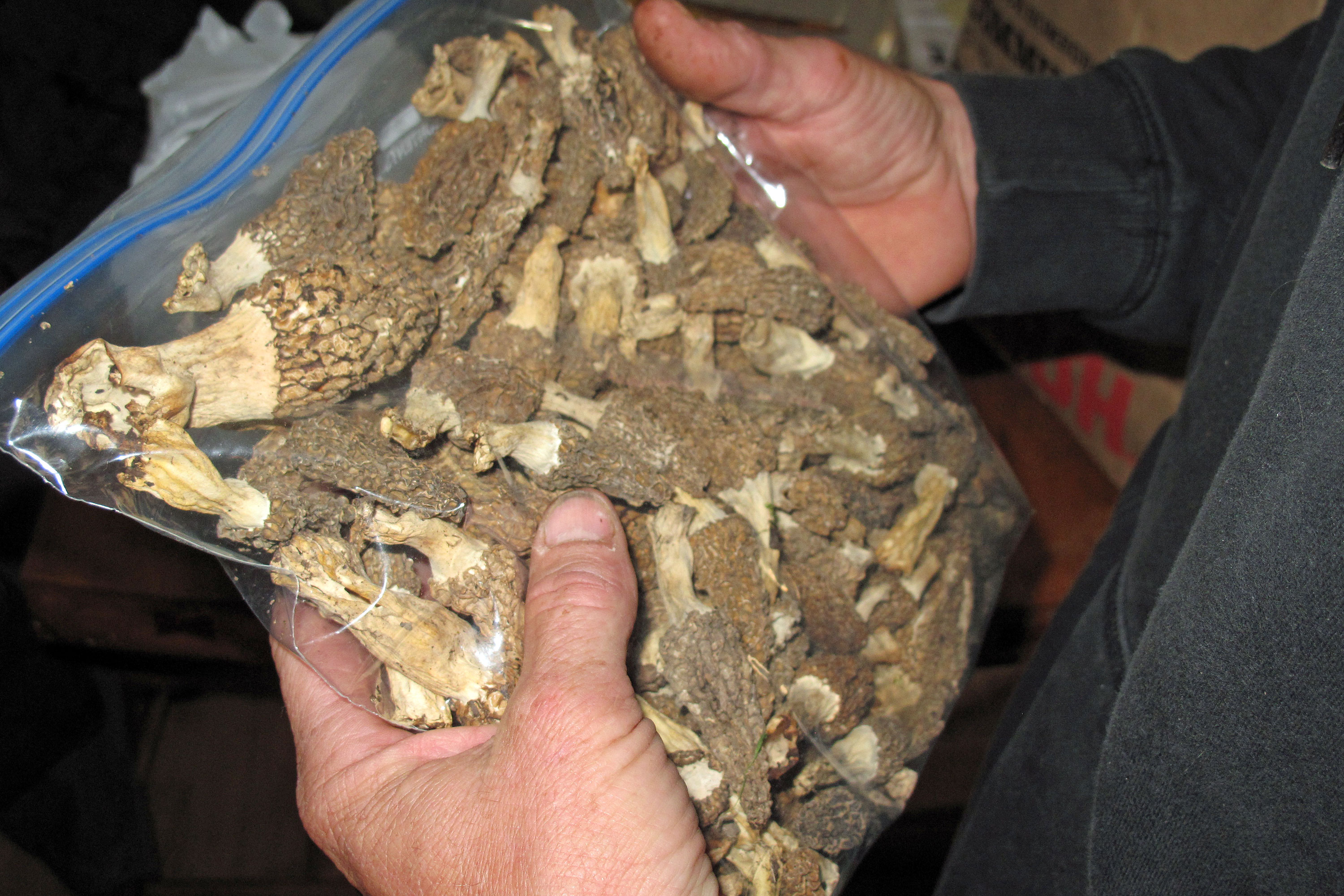 The key to finding morel mushrooms is to look around ash, poplar and elm trees after a good rain when the temperatures are around 70 degrees, but even then it can feel like looking for a needle in a haystack.

So, mushroom lovers tend to defer to seasoned foragers like Brian Snider who have their spots that they return to year after year.

"Last Sunday, I found 27 1/2 pounds -- 17 1/2 around one tree," he says. That haul was the second best of his life, the best coming seven years earlier when he collected nearly 20 pounds in that same valley.

With all the foraging he's done there, he estimates the valley produced 30-40 pounds of morels this season, and he was hoping to find even more that afternoon.

He sells the morels for $35/pound out of his house located on the edge of Yellowwood State Forest in Brown County Indiana. He's a pro, having foraged for morels for 25 years. Today, a customer knocked on his door and purchased a pound of mushrooms.

"I've had a sign out for about a month," he says. "People are just now starting to hunt, and it's really almost over."

In February, the USDA updated its Plant Hardiness Zone Map for the first time since 1990. The results show that the U.S. is getting warmer. The hardiness is determined by the average lowest temperature in the area. Since many places are not as cold as they used to be, different plants and trees can now survive farther north.

Snider speculates this might have something to do with the early-bird morel season -- this time of year he's normally hunting mushrooms in Tennessee.

But the season isn't completely over yet. If you want to try your hand at foraging for mushrooms, Snider recommends hunting around ash and poplar trees on northeast facing hillsides.

Or, you could do what he does and look around elm trees. But he warns, "You gotta cover a lot of ground to hunt elms. You may look around 15-20 cracked elms before they're going to put up mushrooms."

So why does he do it the hard way?