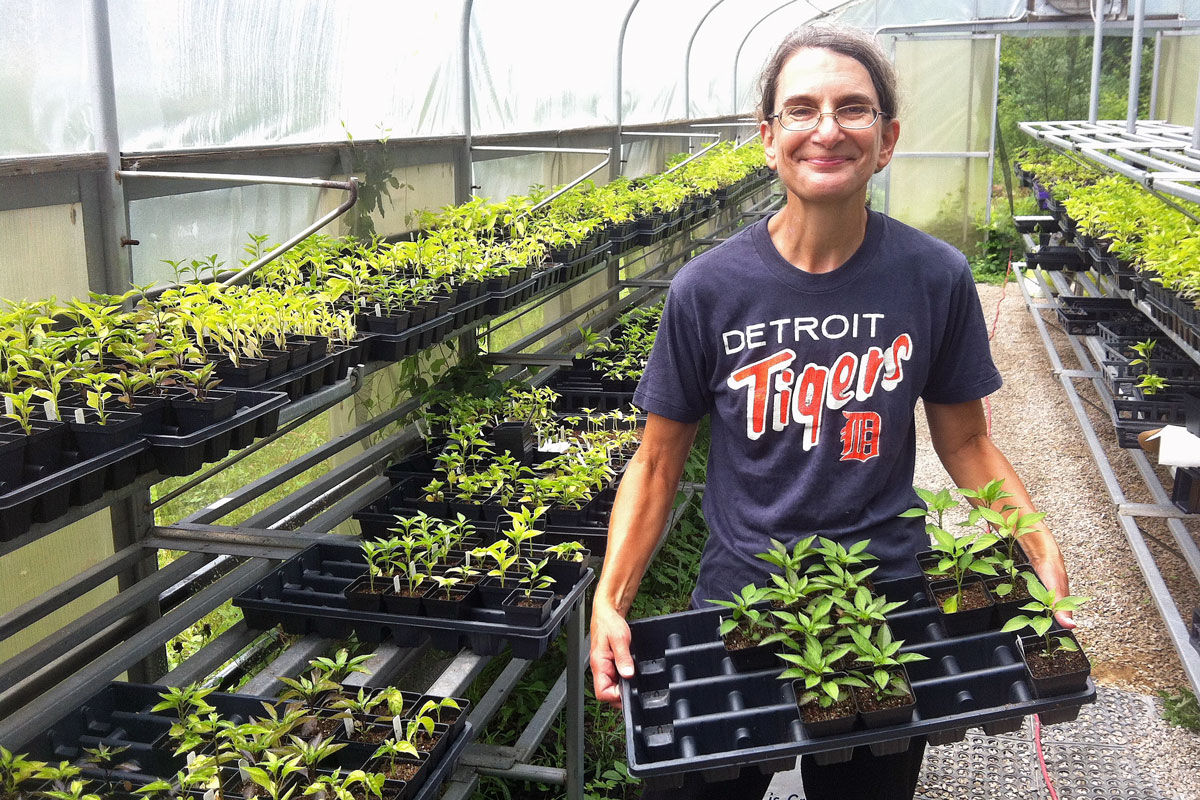 The news hit on Thursday, March 26. The Religious Freedom Restoration Act (RFRA) had been signed into law by Indiana's Governor Mike Pence.

"Oh, I was horrified," says Judy Schad. She has been making goat cheese since 1988. Her business is Capriole, Inc. Goat Cheeses in Greenville, Indiana.

And then came the backlash, with #BoycottIndiana.

"I woke up in the morning to a couple emails, which were all negative," Schad remembers. "One was an end-customer who bought our cheeses in the Bay Area, and said ‘I'm sorry, I'd like to buy your product, we love your cheeses, but I'm boycotting Indiana products.'" That was her wake-up call.

In its original form, the law allowed people to use their religious beliefs as legal defense against certain government regulations. Critics spoke out immediately, saying it would sanction discrimination, particularly against the LGBTQ community.

Susan Welsand also received an email from a longtime customer that morning, "And he sent me a very nice, polite email, saying how much he enjoyed getting plants from me every year, but because of the Religious Freedom Restoration Act, he could not send any money, in good conscience, to the state of Indiana."

Welsand, also known as The Chili Woman, sells pepper and tomato plants to customers all over the country.

Her greenhouse in Bloomington, Indiana is home to over 2,000 different varieties of chile plants.

In all my years in doing business, this is the smallest FedEx bill I've ever had. It's down by more than half. Didn't see that coming.

She points to container after container of Coban pepper plants. Last year, it was one of her most popular varieties. "This year, I have sold one Coban plant," she says.

Early spring tends to be the busiest time of year for sales on her website, but she remembers three days in early April with zero sales. "I don't think that has ever happened to me in 23 years of doing business. I even checked my phone to make sure it was working.”

Schad also distributes her products all over the country, from San Fransisco to New York to the tip of Florida, but her business wasn't really impacted by the boycott. She mostly works with distributors and stores, not individual customers.

"When the person walks into Whole Foods Durham, North Carolina to buy cheese, there may have been some reticence on their part to pick up an Indiana product, but our customer is Whole Foods." She says her relationships with businesses like Whole Foods remained strong throughout the boycott.

Kicking Into Next Season

Judy and Susan partnered up on a project they called The Goat Kicks Back. Their plan was to create a spicy goat cheese and donate the proceeds to groups working to change RFRA.

They didn't go through with it, because one week into the boycott, Governor Pence submitted a clarification of the law, saying it was not license to discriminate or deny services to anyone. The speaker of Indiana's House said the clarification made Indiana “open for business.”

But that didn't mean Welsand's business was back to normal. She tracks her sales by how many plants she ships. "In all my years in doing business, this is the smallest FedEx bill I've ever had. It's down by more than half. Didn't see that coming.”

She says the key for her business is to get lapsed customers to come back next year.

But Judy and Susan both agree that they can't fault their customers for following their principles.