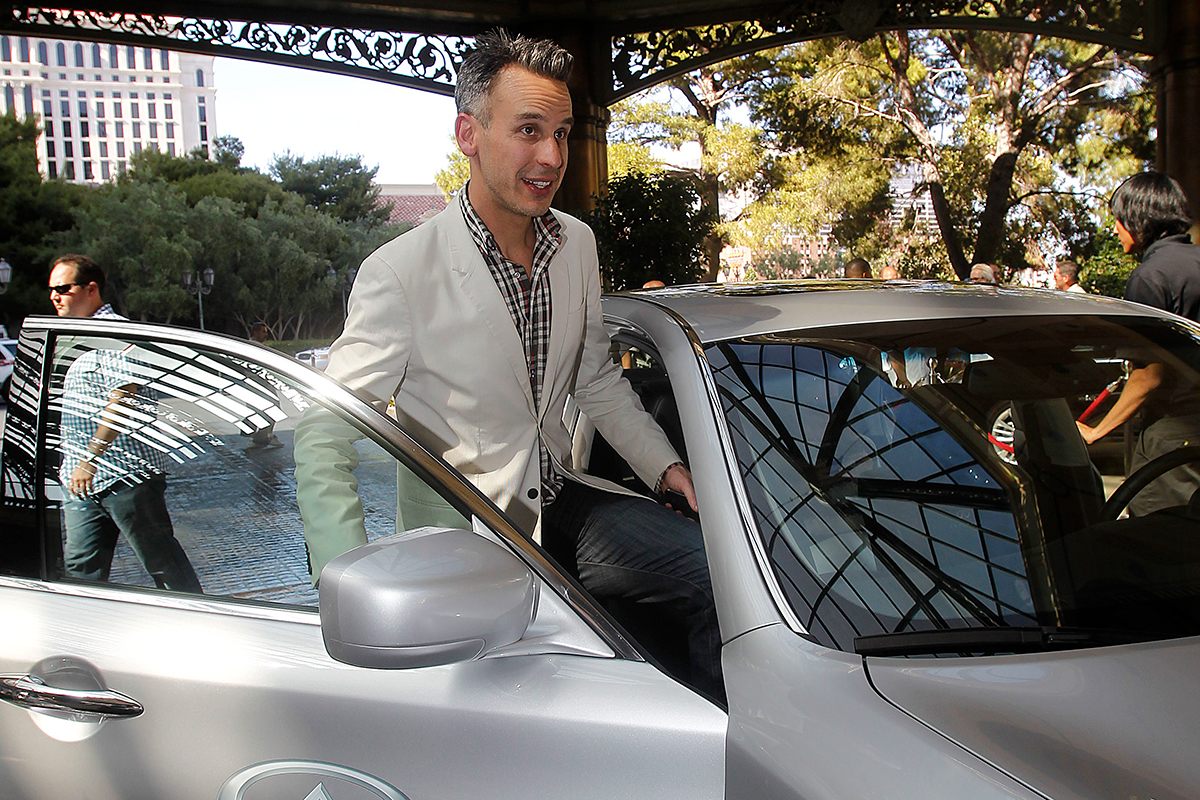 The resignation of Bon Appétit editor in chief Adam Rapoport, pictured above in a 2011 photo, has sparked calls for deeper changes to unravel systemic racism in the food and media realms. (Infiniti/flickr)

Rapoport resigned after a 2013 photo of him wearing a racist Halloween costume surfaced on social media. Rapoport and his wife, who are both white, were shown wearing brownface costumes meant to depict Puerto Rican New Yorkers.

That sparked other accounts of racism within the Condé Nast group, and an apology from the company.

In a statement titled "A Long Overdue Apology, and Where We Go From Here," staff of Bon Appétit and Epicurious wrote on the heels of Rapoport's resignation that "we have been complicit with a culture we don't agree with and are committed to change."

The statement cited lack of diversity in high-level leadership, a white-centric viewpoint, and a pattern of tokenizing and appropriating content from people of color. The release pledged to be transparent and accountable "as we begin to dismantle racism at our brands."

Public acknowledgement of these issues came only after a string of reports from staffers exposed deeper roots of racism at the magazines and in the realm of food media industries overall.

Columnist Illyanna Maisonet encountered resistance from Rapoport in covering Puerto Rican food. Editor Sohla El-Waylly said staff of color were asked to appear in photos and videos to project an appearance of diversity without getting paid for those appearances, unlike other staff.

A stream of other staff members had reported mistreatment, tokenization and unequal pay in articles that cropped up in Business Insider, Buzzfeed and Jezebel.

Meanwhile, many food brands have issued statements and social media comments declaring solidarity with the Black Lives Matter movement in the wake of George Floyd's murder at the hands of police last month in Minneapolis.

Media critic Tejal Rao of The New York Times outlined some of those statements, calling into question the motivation behind tweets from Twitter accounts dedicated to candy brands Gushers and Fruit by the Foot that place Black Lives Matter statements next to brand logos and declare "we see you."

Popeye's Chicken pledged to "foster an environment where equality for Black people is a priority."

McDonald's posted an animated graphic, still pinned to the top of their feed, that names "Trayvon Martin. Michael Brown. Alton Sterling. Botham Jean. Atatiana Jefferson. Ahmaud Arbery. George Floyd," with text declaring "they were one of us."

Burger King riffed on its own burger branding slogan, tweeting "when it comes to people's lives, there's only one way to have it. Without discrimination."

But as Rao points out, food brands seem to make statements that follow a set of unspoken rules: "Never commit to any action; and never, under any circumstances, examine your own internal systems and policies or how they might affect your workers."

The Wendy's Twitter account initially declared that "a lot of people are hurting because of blatant racism against Black people. Their voices need to be heard. Period." The account was among those using the #BlackLivesMatter hashtag.

In the same thread, apparently responding to complaints, Wendy's said "Our employees and customers have spoken loud and clear. We know we have a lot more to do than a donation. We're committed to doing the work and we hear you."

The American Civil Liberties Union called out McDOnalds on its messaging, stating "you haven't even responded to our letter demanding paid sick and family leave for all employees, the majority of whom are Black or non-Black people of color. YOU are perpetuating racism and oppression by failing to protect the health of your workers."

Business Insider covered several statements from CEOs of fast food companies, including that of MCDonald's U.S. head Joe Erlinger, who wrote that despite his white privilege "I see and recognize the impact these events have at an individual and collective level. And, when any member of our McFamily hurts, we all hurt."

Several companies have launched internal forums and discussion sessions, the article says, but critics point out that pay for workers remain grossly unequal, including McDonald's CEO getting paid up to 2,000 times more than the average worker in 2009, "a figure that is not significantly out of line with industry rivals."

Food system watchdog Marion Nestle posted on her blog that "if food companies really want to promote Black lives, they can start with recruiting more employees of color, paying them higher wages, offering better sick leave and health care benefits, and supporting them with child care, education, training, and opportunities for career advancement."

The Food World Is Imploding Over Structural Racism. The Problems Are Much Bigger Than Bon Appétit. (Vox)