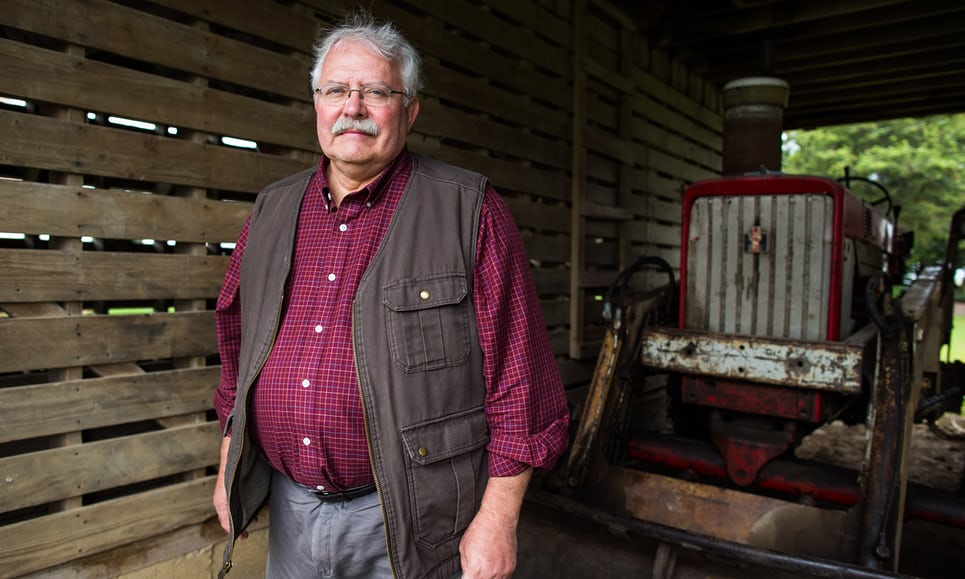 Farmers are killing themselves at twice theÂ rateÂ of veterans, according to a CDC study published last year.

Though shocking, these statistics should come as no surprise, given the economic crisis modern farmers face. Since 2013, net farm income for US farmers hasÂ declined 50%, and median farm income for 2017 is projected to beÂ negative $1,325.

In spite of these dire statistics, few have talked about the mental health crises of the farming community â€“ until this article, published last December in the Guardian.

Written by Debbie Weingarten and photographed by Audra Mulkern, both well-known food and farming activists, the article talks about Debbie's own struggles with mental health as a young farmer, and the resource she found in Iowa-based farmer and psychologist Dr. Rosmann (pictured above). The piece also puts in context the mental health crisis of farmers present and past, especially during the 1980s Farm Crisis, when the nation's farm debt rose to 15 times higher than that of the 1950s.

Weingarten and Mulkern say responses to their article were numerous and powerful - but perhaps none more powerful than that of JT Wilcox, a fourth generation farmer and Washington state representative, who last month introduced House Bill 2671 to the Washington state legislature.

In an email, Weingarten and Mulkern said HB 2671 is a great start at the state level. It establishes a pilot program in two agricultural counties. It provides a telephone support line and web portal service as a free and bilingual resource for farm workers. It also provides critical training in suicide risk reduction for those in agricultural management, farmworkers, and their family members.

But HB 2671 isn't the first legislation of its kind, Weingarten and Mulkern pointed out. The Farm and Ranch Stress Assistance Network (FRSAN) was approved as part of the 2008 U.S. Farm Bill. It was estimated to cost $18 million annually to provide federal behavioral health supports for farmers, including regional and national helplines and counseling â€“ but ultimately, Congress chose not to fund it.

Though on a smaller scale, it seems there's more hope this time around. Earlier this week, HB 2671 unanimously passed the House Committee. It heads to the floor next.

Several other states - Iowa, Nebraska, New York, and Vermont - have suicide hotlines and other mental health resources for farmers. But Weingarten and Mulkern say they'd love to see all the states work to introduce similar bills, and their ultimate goal is to see the The Farm and Ranch Stress Assistance Network re-introduced in the 2018 Farm Bill and funded at the federal level.