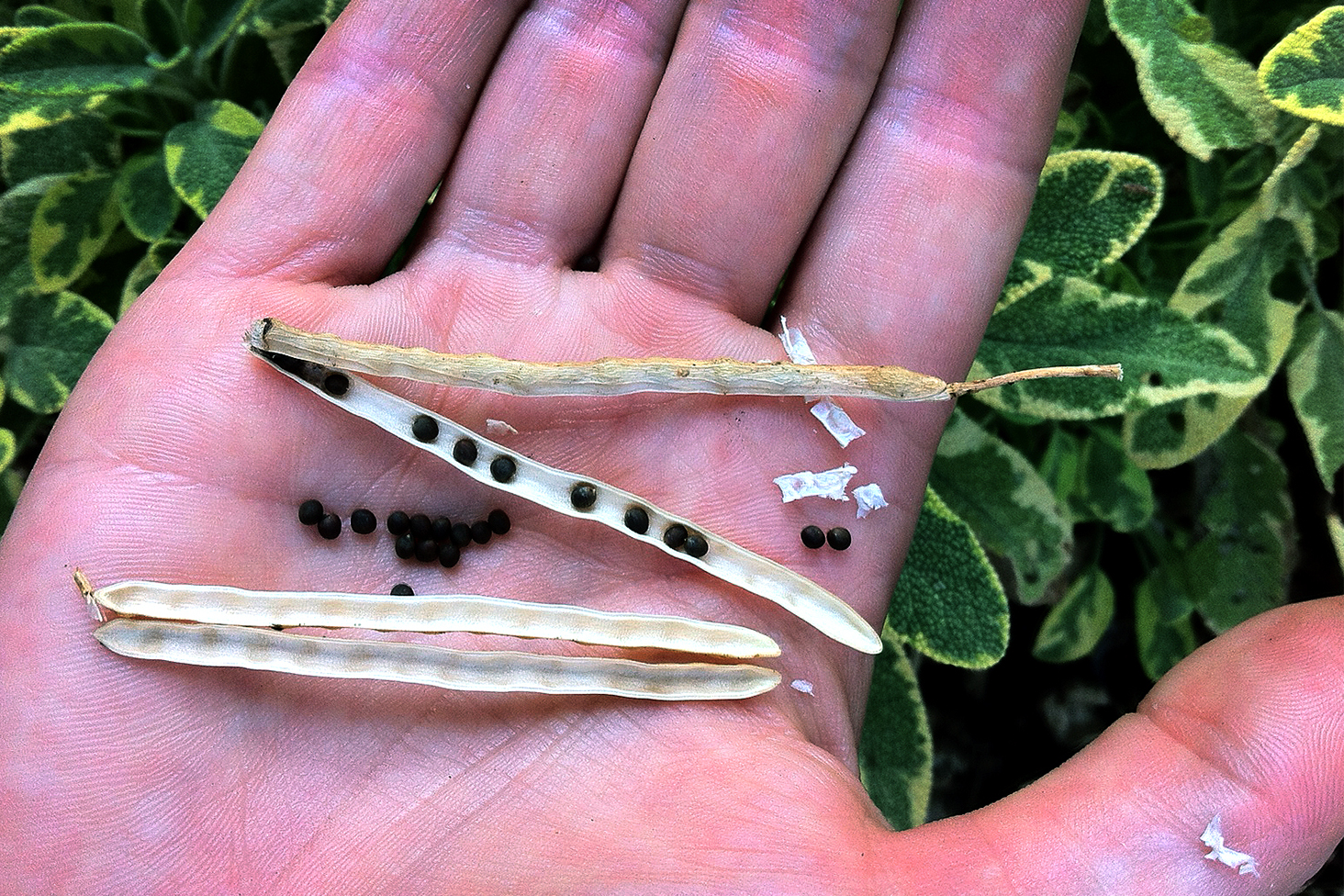 In just eight decades between 1903 and 1983, 93 percent of the seed varieties for commercial food crops disappeared for good. Since then, new rules and swelling agribusinesses have quickly gobbled up much of the remaining varieties.

This troubling trend spurred filmmakers Taggart Siegel and Jon Betz to investigate the industrial causes of the phenomenon, and to shine a spotlight on a global movement trying to preserve the remnants of vanishing diversity in the food system.

"It's this dichotomy between looking at seeds as data, as property and genetic material to be used and to create answers to the world's problems, verses an often times spiritual connection and a symbol of generosity and sharing," Betz said.

While researching Seed: The Untold Story, the filmmakers discovered the origins of this loss as far back as the 1920s, when hybrid food plants started to dominate seed catalogs. Since seeds from hybrid plants don't produce the same result as their parents, farmers stopped saving their seeds.

"The domino effect is that once that dependence happened, there became these larger, singular seed companies," Betz said. "And that started what we have now, which is sort of a seed monopoly."

In 1985, the U.S. patent office started allowing companies like Monsanto to patent seeds produced through genetic engineering. Those companies have also bought up huge numbers of other seed varieties, consolidating the control of food crops under fewer and fewer owners over the last few decades.

The filmmakers talked to seed collectors like Vandana Shiva, who launched a network in India that has collected traditional crop seeds including more than 2000 varieties of rice.

Monsanto alone currently owns 27 percent of the world's commercial seeds.Â Just 10 companies control 75 percent of the seeds, but two decades ago those companies only accounted for about a third of the global seed sales.

The film is currently in post-production, and the filmmakers are in the final days of a Kickstarter campaign to raise the funds needed to finish the film.

We're going to need all the diversity we can have in order to find the right kind of plants that we will be able to grow in the different climates of the future.

The film includes an interview with Andrew Kimbrell, the founder and executive director of Center for Food Safety. His organization has established a global network to link seed savers "to set up a whole alternative system to the monoculture, patented, corporate system that unfortunately our laws and those of a few other countries have allowed to happen," Kimbrell said.

Monsanto has sued farmers to protect their products from patent infringement, filing 145 lawsuits against seed savers since 1997, according to the company's web site.

"First, no business can survive without being paid for its product. Second, the loss of this revenue would hinder our ability to invest in research and development to create new products to help farmers," a statement on the site reads.

But Kimbrell and other activists say a system that protects seed monopolies threatens global food security.

"It's the companies that have hijacked the crops and are now holding farmers hostage," Kimbrell said. "To own an patent â€“ to have a monopoly on that entire plant and all of its progeny â€“ seems to me the real piracy."

Kimbrell said seed savers may be the only hope for protecting biodiversity in food crops, which could hold the key to stop devastating blights or unknown effects of climate change.

"We're going to need all the diversity we can have in order to find the right kind of plants that we will be able to grow in the different climates of the future."