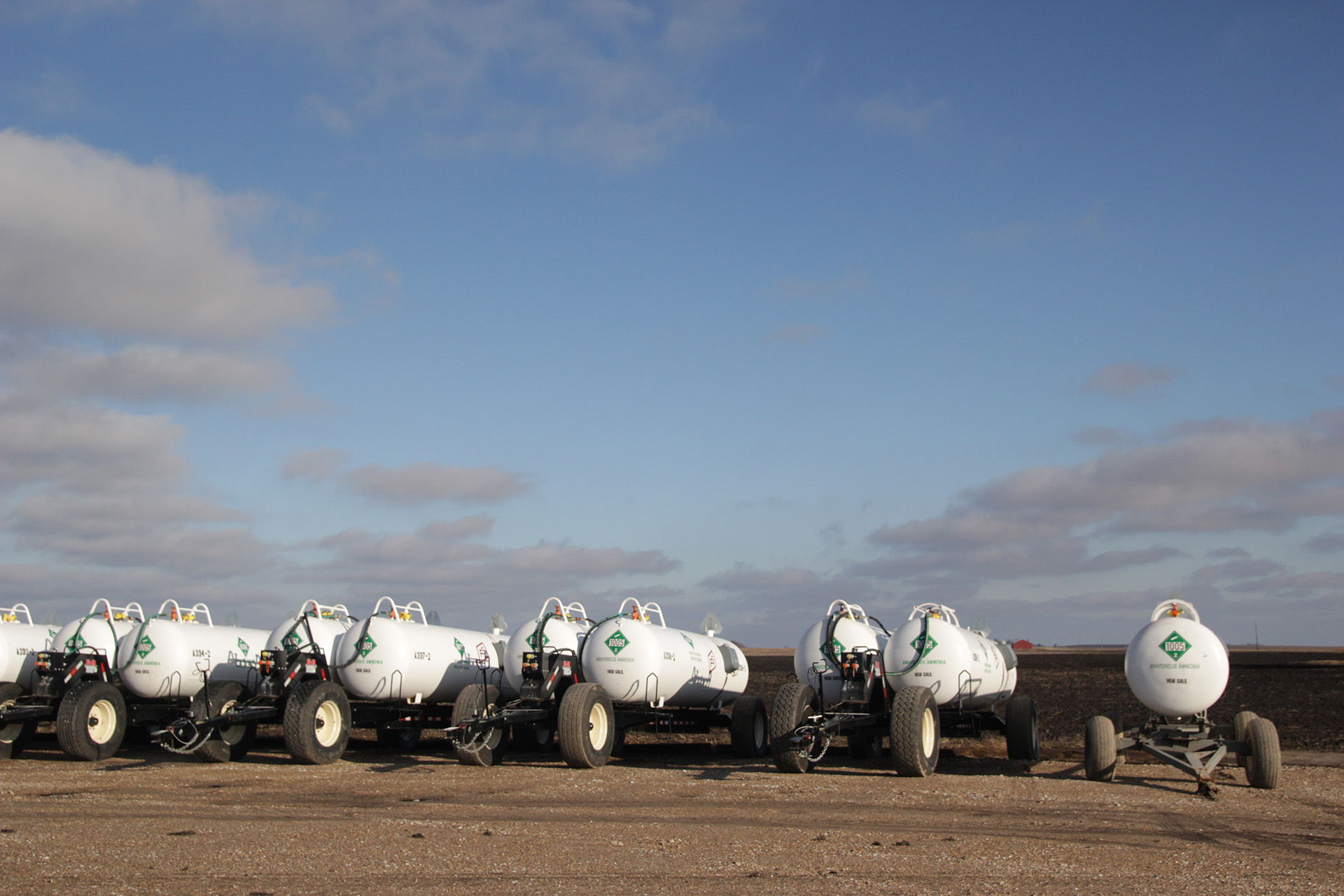 The U.S. may be on the verge of a boom in new fertilizer plants, which could be good news for farmers, but not the environment.

Today's farmers can produce more from their land than ever before thanks, in part, to nitrogen fertilizer, a key ingredient that has never been more widely available.

"We've had extremely high fertilizer prices relative to history," said David Asbridge, senior economist and founder of the industry advisory group, NPK Fertilizer Advisory Service (NPKFAS). "And the fertilizer producers have made a lot of money. Particularly the nitrogen guys because natural gas prices have dropped at the same time."

The fertilizer industry is taking the extra wide profit margin and investing it in expansions and new plants. Since 2012, nearly two dozen projects have been announced, which would double the number of facilities currently in operation in the U.S., according to NPKFAS. Many of those projects have stalled in the permitting and financing stage. It takes more than a billion dollars to build a new, world-scale plant.

Three of the world's largest facilities are scheduled to come on stream in the next year to produce a variety of nitrogen products, including anhydrous ammonia, urea, and UAN. Two of them are being built by CF Industries, the largest nitrogen fertilizer company in North America. The company is also in negotiations to purchase the third plant coming online, Iowa Fertilizer Company. If that happens, CF Industries will be the largest nitrogen fertilizer producer in the world.

If we didn't have any fertilizer dealers around, your corn would make 50 bushel. And you just can't survive on 50 bushel corn.

Much of that capacity is coming to Iowa to quench the Corn Belt's thirst. According to numbers from NPKFAS, corn farmers demanded half of the 12.8 million tons of nitrogen fertilizer consumed in the U.S. in 2015. But just because the fertilizer is produced closer to home doesn't mean it'll be cheaper. Fertilizer, like the corn it nourishes, exists in a global marketplace.

"A farmer putting fertilizer down in central Illinois, that nitrogen may have come from Venezuela, Russia, Trinidad, Qatar, or the plant in Iowa," Abridge said. "There's not going to be any price difference based on where it comes from."

Still, the new U.S. production is adding to the total global supply, which is already outpacing demand. Asbridge said that growing surplus will likely translate to cheaper fertilizer, typically the most expensive input in a farm operation other than land.

"If we're adding more capacity, more supply than we're adding demand, then it's going to tend to depress prices," he said.

Eric Schaeffer, director of the Environmental Integrity Project (EIP), has been following the industry's development and authored a 2014 report about its impact on the environment called Blowback from the Shale Boom (pdf). He says the industry's expansion means the U.S. will be burning a lot more natural gas.

"Anytime you burn a fossil fuel, you get CO2," Schaeffer said. "These processes require a lot of heat so you get CO2 emissions when you burn those fuels to make that heat."

For example, the expansion project at the plant in Port Neal, Iowa, is permitted by the Iowa Department of Natural Resources (IDNR), Air Quality Bureau, to emit the equivalent of 2.3 million tons of carbon dioxide a year.

As shown by the Environmental Protection Agency's (EPA) greenhouse gas equivalency calculator, that's the same amount of CO2 as 432,000 cars driven for an entire year or the chugging of 231 million gallons of gasoline, or the energy consumption for 187,000 homes for one year.

Schaeffer likens it to a coal plant.

"The carbon load from these fertilizer plants are maybe half to two-thirds what you'd see out of a coal plant," he said. "There's not much that compares with a coal plant. So, big."

In addition to carbon dioxide and methane, the new facility will also produce a particularly nasty greenhouse gas called nitrous oxide, a byproduct from making urea, a liquified nitrogen fertilizer.

Despite a big carbon footprint, Nick Derose, the general manager at the plant in Port Neal and the project manager for the expansion, said the plant's addition will burn natural gas with as little environmental impact as possible.

"This plant that's being built will be among, or the, cleanest plant in the world," he said.

In that time, Derose said there have been major advances in both efficiency and technology. For example, while the new plant's urea production will create a lot of that super potent nitrous oxide, almost none of it should hiss out into the atmosphere. State regulators require new plants to use selective catalytic reduction technology to break almost all of it down into its parts, nitrogen and oxygen, which turns it back into harmless air.

"The U.S., with its regulations and its requirements, and its environment engineering know-how, is probably among the most responsible manufacturers in the world," Derose said.

After all, the world can't just stop producing nitrogen fertilizer. For many farmers, it's as essential as soil and water and sunlight.

Mike Burnham, plant manager at West Central FS in Adair, Illinois, sells the cheapest form of nitrogen fertilizer on the market, anhydrous ammonia, to corn growers in the region.

"There's a need out here and we're trying to fill that need," Burnham said. "If we didn't have any fertilizer dealers around, your corn would make 50 bushel. And you just can't survive on 50 bushel corn."

Harvest Public Media is working with Inside Energy on Feasting On Fuel, a series of stories looking at how energy fuels our food system.