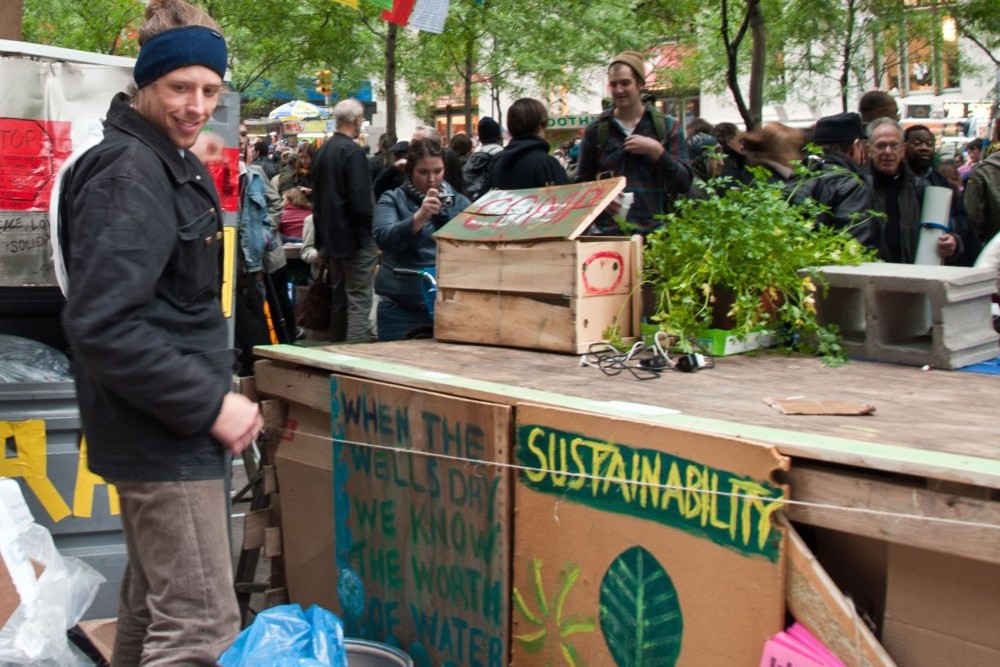 The Occupy Movement remains in full swing and a number of factors have contributed to its continuing existence. In October, we reported on the connections between food co-ops and the goals of the OWS movement. Farms have had a hand in extending the life of the prostest in two cities, but the love shown has not always been requited.

For the first few Tuesdays of the OWS encampment, the protesters share Zucotti Park with another tenant. Or perhaps it would be more accurate to say the other tenant shares the park with the protesters.

That tenant is the Zucotti Park Farmer's Market.

Foodies among us would expect that the OWS occupation, with its desire to support small businesses over corporate interests, would mean booming sales for the market vendors.

But that's not the case.

Protesters were shunning the market in favor of free food given by donors, including mostly items of corporate cuisine like Polar Springs bottled water, Campbell soup.

Not only weren't the protesters buying the food: they were deterring regular customers who didn't want to walk through the camp to get to the vendors.

Two weeks after the protest started, vendors reported a 25 percent decrease in sales, and relocated to a new spot six blocks away from the protest.

Not all views of the Occupy Wall Street's eating habits are quite so cynical.

Heather Squire, full-time Occupy Wall Street volunteer in Manhattan, explains that "[The donors] all had this related thing: They're small organic farmers competing against big commercial and industrial farmers. . . . The kitchen became a place for farmers to come together. It represented that place to take their issues to."

A similar slew of donations from small farmers have largely fed the Occupy Boston movement. A new organisation, Feed The Movement, emerged to coordinate the donations from various New England farms.

In Boston, farmers have sent weekly shipments of about 500 pounds of produce, which drivers deliver for a nominal fee.

Many of these small farms can barely afford the donations they make. "It has just been a terrible growing season," saysÂ Vermont's Fair Food FarmÂ Emily Curtis-Murphy. "Our crops have suffered a lot from the flooding.

But farmers make the donations because they support the cause, and many feel personally impacted by reckless spending on Wall Street.

"It's the fact that the economy tanked due to the reckless lending activities of these big corporations that then got bailed out by the government and are again making record profits," says Curtis-Murphy. "Meanwhile, we're probably facing having to shut down our new business this winter."