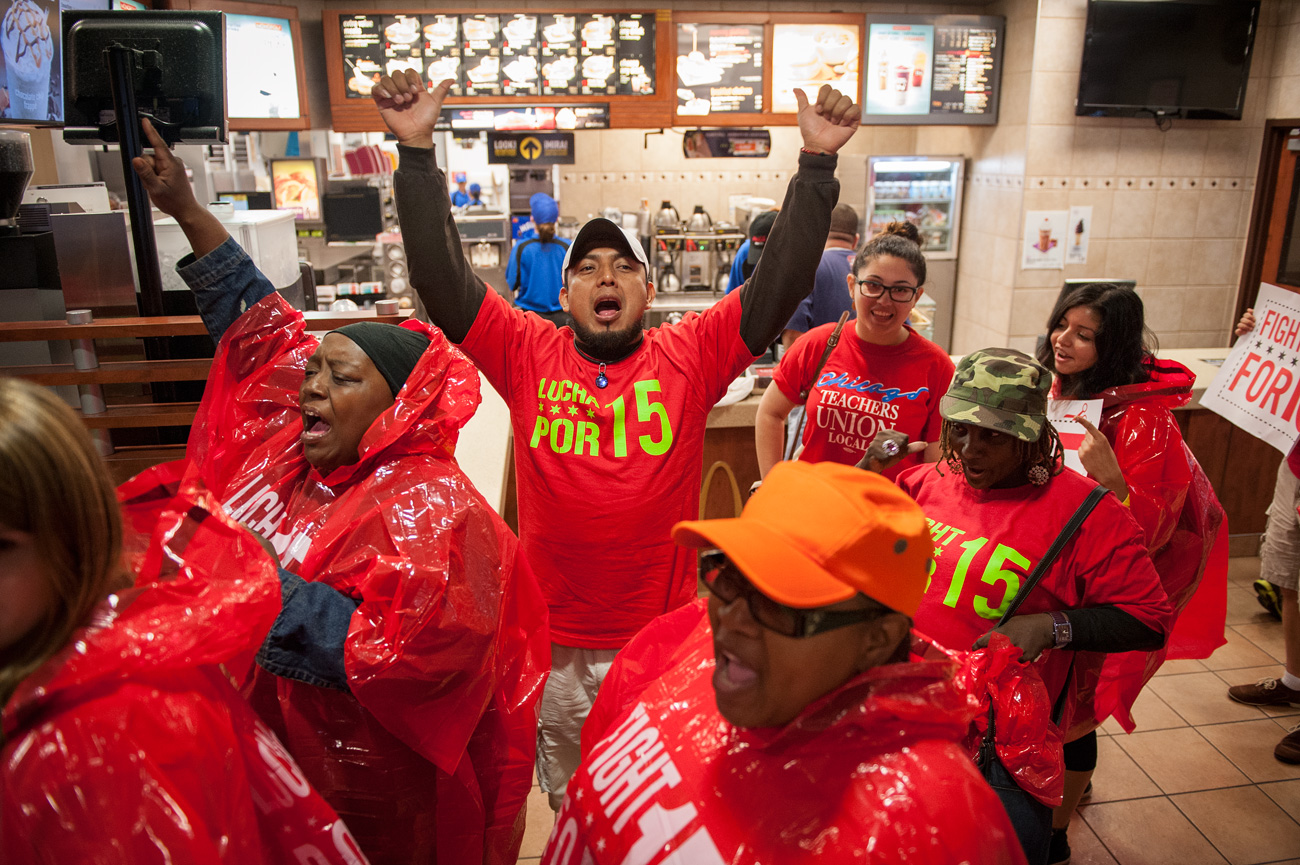 Organizers are calling this week's walkouts the biggest single-day action since the movement began. Protests started last year in New York City, when a group of about 200 fast food workers walked away from their jobs at 30 restaurants.

The move sparked a chain reaction that spread to several major cities. Retail and federal contract employees have since joined the fight, staging strikes in more than 50 cities on August 29.

Groups leading the charge include Fast Food Forward in New York and Fight for 15 in Chicago, with support from the Service Employees International Union.

Activists are calling for a $15 hourly wage minimum, better working conditions and the right to unionize without retaliation.

Deivid Rojas, communications director for the Workers Organizing Committee of Chicago, said the movement is gaining steam, and participants are seeing small benefits.

"Workers have gotten promotions, full-time hours; whole stores have gotten twenty-five cent to one dollar raises," he said. "You see small victories across the board."

While these gains are far below the groups' targets, organizers take some credit for state and local minimum wage increases. New Jersey approved a $1 increase to $8.25 last month, and Rhode Island, California, Connecticut and New York all boosted their minimum wages earlier this year.

This week, the Washington, D.C. City CouncilÂ approved a $3.25 increase in the District's minimum wage. If the move gets a signature from the city's mayor, it will bring the total rate up to $11.50 an hour. President Barack Obama said he supports a federal minimum wage hike from $7.25 an hour to $10 an hour.

Rojas said that despite falling short of the $15 hourly wage demand, the strikes are an opportunity to galvanize and recruit more workers for the movement.

"It energizes workers and allows them to share what they're going through."