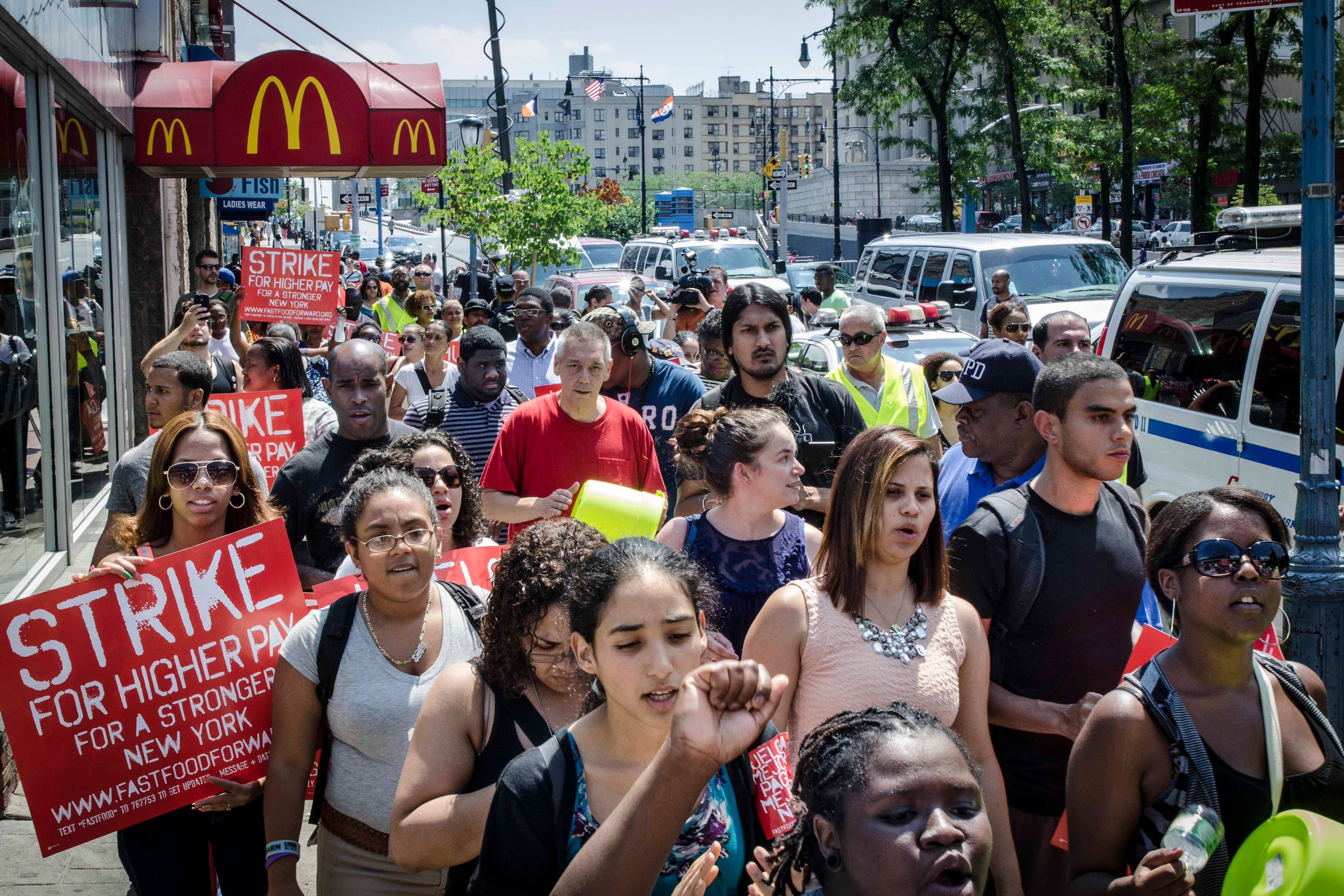 Sitting Down on the Job

"Whatever it takes" is the rallying cry for fast-food and home-care workers planning to strike in 150 cities today. The phrase is thinly veiled code for a significant escalation in tactics. During an organizing convention in July, about 1,300 workers voted in favor of nonviolent civil disobedience as a tool to heighten pressure on fast-food restaurants.

This is the latest in a growing wave of protests over the last two years. Protesters are fighting for a $15 hourly wage and for companies to recognize unions. Previous demonstrations focused on job walkouts, but this time the groups plan to add sit-ins in at least a dozen cities.

The Fight for 15 organization, a key group behind the movement, said the strike would include workers from McDonald's, Burger King, Domino's, Wendy's and KFC, among other chains.

Terrence Wise, a Burger King employee in Kansas City, Missouri said in a statement that workers were ready to make bigger moves.Â "On Thursday, we are prepared to take arrests to show our commitment to the growing fight for $15," he said in a release.

Also new this time around is that home-care workers have joined the movement's ranks.

A report from the Economic Policy Institute last month found that restaurant wages, with a median of $10 per hour, are nearly half that of other jobs. The think tank also found that 16.6 percent of restaurant workers live below the poverty line, more than double the rate of those employed in other industries.

Franchise owners have consistently claimed that boosting current wages to $15 hourly would hurt profits enough to cause layoffs. Steve Caldeira with the International Franchise Association said in a statement that the unions behind the movement were merely out for their own interests.

"It's really about the unions being hypocritical and greedy by exploiting proposals meant to support fast food workers to enrich themselves," he said.

During a Labor Day event in Milwaukee this week, President Barack Obama gave a strong nod to the movement.

"All across the country right now there's a national movement going on made up of fast-food workers organizing to lift wages so they can provide for their families with pride and dignity," he said. "There is no denying a simple truth: America deserves a raise. Give America a raise."