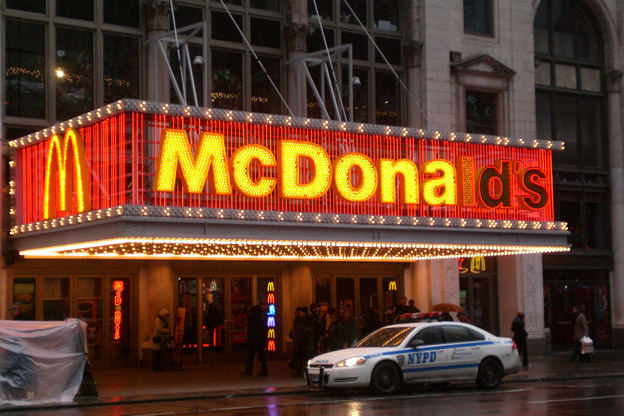 It doesn't matter if they help you "have it your way." Fast food workers are more likely to believe their jobs make the world a worse place than other workers.

A recent PayScale survey asked 30,000 respondents to rate the "meaningfulness" of their jobs.

Of the one percent of respondents who said their job has a net negative impact, 42.3 percent were fast food workers.

Why do fast food workers have so little faith in their jobs' ability to better the world?

Speculation that the unhealthy aspect of the job contributes to dissatisfaction is backed up by National Bureau of Economic Research facts -- nearness to a fast food restaurant increases obesity.

However the PayScale survey was opt-in, not random. In other words, the results may not hold up across the population.

Following behind fast food workers in their jobs making the world a worse place include bartenders (5.8 percent) and senior attorneys (4.9 percent).