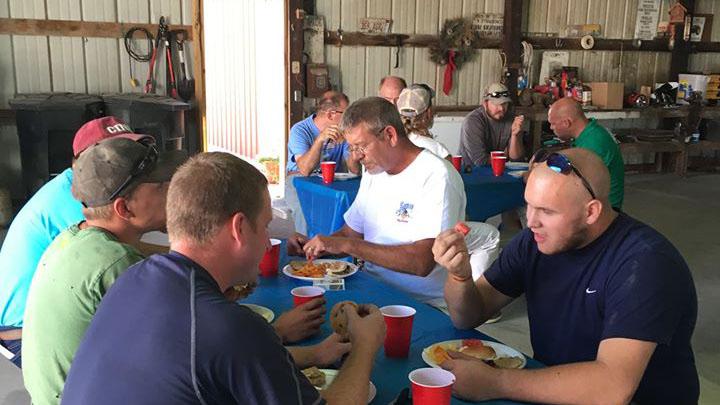 It’s planting season across much of the United States, and for some farmers who rely on foreign guest workers for help in the fields, the pandemic is getting in the way.

“Just as anything else in our lives, the pandemic has changed the way we’ve dealt with our labor force,” says Pete Pistorius, President of Pistorius Farms, a corn and soybean operation in central Illinois.

For the last few years, Pistorius has utilized the H-2A visa program, which allows farmers to bring over foreign nationals to fill temporary agricultural jobs.

This year, Pistorius signed on to host a crew from South Africa. The workers were set to start March 25th, but due to the lockdown order in that country, they never made it.

“We're kind of stuck in this limbo situation. We really don't know when they'll be over or whether they'll even make it here for this year's planting season,” he says.

Planting season is one of the busiest on the farm, and Pistorius leans on those guest workers for help getting crops in the ground. Other farmers who bring in workers from countries on lockdown, like Guatemala, Honduras and Nepal, are facing similar situations.

“Your first reaction is, what are you going to do?”

Pistorius needed to find help one way or another.

And then, it hit him. There’s an entire population of people without work due to the pandemic in his community alone.

Derek Brown is one of those people. He worked full time at the local school district in the maintenance department, doing everything from cleaning to mowing. When his school closed, Brown says they called him in to help sanitize the place, but then he was no longer needed.

“We're at a standstill right now,” he says. “I mean, when you don't have any kids at school, the kids aren’t getting the school dirty.”

Brown used to work at Pistorius Farms and says he’s happy to come back and help out.

“It's a busy time of year for him,” he says. “Not getting those South Africans, it's kind of helping him out with the situation.”

This makeshift employment arrangement is playing out in other states too. In Arkansas, Congressman Rick Crawford launched a program that connects farmers to those out of a job, citing the lack of H-2A workers in the state.

“These are people that didn’t have jobs, that now do. And these are farmers, who needed people on their farms, and now they have them,” Crawford says.

The program, known as Arkansas FARM Corps, is slowly picking up steam in the state. So far, Crawford says they’ve focused on placing military veterans on farms. But college students are also signing up for the program, and according to Crawford, are receiving academic credit for doing so.

Crawford says he’s working with other members of Congress and agricultural leaders to implement the program in other states, including Florida, California, Illinois and Texas.

Derek Brown says there’s no comparison between work on Pistorius Farms and his job at the school.

“I enjoy it. I really do. But farming is not easy work,” he says.

In addition to sheer manual labor, farming can require a lot of technical skills. These days, many tractors and combines involve high-tech software that takes time to learn how to use.

Each person Pete Pistorius had hired through the H-2A program had specific training and experience.

“It's going to make us be better at training, maybe be a little more patient, spending time with these people to make sure that they can safely operate the equipment,” Pistorius says.

Training is inherent to the job, according to Pistorius. However, he’ll often train someone who stays on the farm anywhere from six months to six years.

“The unfortunate part is that you're training for a part time job and, you know, these people will eventually go back to their regular jobs,” he says.

Once schools reopen, Derek Brown will go back to his regular job. And there’s a chance that’ll happen before it’s time to harvest.

“We're just trying to get the crop in to start out with,” Pistorius says. “And, you know, just kind of trying to take it one battle at a time.”

This story was originally posted on APR 21, 2020 at harvestpublicmedia.org