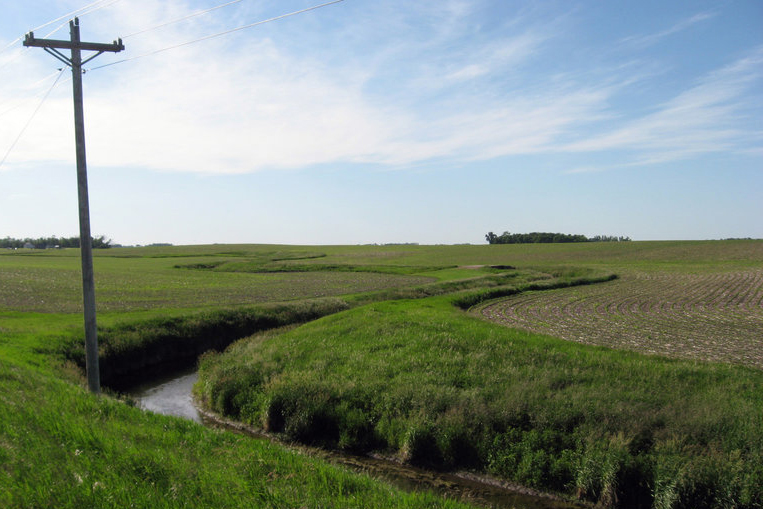 The way environmentalist Craig Cox sees it, streams and rivers across much of the country are suffering from the side effects of growing our food. Yet the people responsible for that pollution, America's farmers, are fighting any hint of regulation to prevent it.

"The leading problems are driven by fertilizer and manure runoff from farm operations," says Cox, who is the Environmental Working Group's top expert on agriculture.

Across the Midwest, he says, nitrate-filled water from farm fields is making drinking water less safe. Phosphorus runoff is feeding toxic algae blooms in rivers and lakes, "interfering with people's vacations. [They're] taking their kids to the beach and the beach is closed. There's stories about people getting sick."

This is preventable, Cox says. Farmers can take simple steps to reduce the problems dramatically. They can plant "cover crops," making sure that there's always vegetation on their fields to capture nitrates before that pollution runs into streams. They can plant wide, grassy "filter strips" along stream banks. They can send the water from underground drainage pipes into wetlands rather than straight into streams.

Some farmers do this; many do not. And there's no law making it mandatory.

The Clean Water Act, which has cleaned up pollution from factories over the past 40 years, specifically exempts what it calls "normal farming practices" like plowing or maintaining drainage ditches.

In recent years, farmers have fought any hint of stricter regulation.

For instance, farm groups campaigned against the Clean Water Rule, issued by the Obama administration. It defines what streams or wetlands are considered waters of the U.S., and thus covered by the Clean Water Act. Don Parrish, senior director of congressional relations for the American Farm Bureau Federation, says the rule's definition is much too broad.

"All of a sudden, farmers go from farming fields and land that they have always farmed, to farming in 'waters of the U.S.,' " he says.

Last week, President Trump ordered a formal review of the Clean Water Rule, and his remarks made clear where he stood. "It's a horrible, horrible rule," he said. "Has sort of a nice name, but everything else is bad."

In Iowa, meanwhile, the water utility for the city of Des Moines is facing a threat to its existence because it picked a regulatory fight with the state's farmers.

Two years ago, the utility sued several nearby counties, demanding that they reduce nitrate levels in the water that flows from farm drainage systems into the Raccoon River, which supplies drinking water to Des Moines.

Bill Stowe, CEO of the Des Moines Water Works, says that "we're trying to regulate what comes out of the underground drainage systems beneath farm fields and empties into the waters of the state."

Iowa's farm organizations have attacked the lawsuit. Now a member of the Iowa Legislature - and full-time farmer - has introduced a bill that would abolish the Des Moines Water Works. The bill would replace the water works with a regional water authority, which might drop the lawsuit. Jarad Klein, the bill's sponsor, denies that he's trying to get rid of the water works because of that lawsuit; he says he has heard a variety of concerns about the utility's management.

Bill Stowe isn't buying Klein's explanation. "This is clearly aimed at chilling our litigation and sending a message to others that no one dare speak against industrial agriculture in this state," he says.

The bill could pass the Legislature this spring.

Many farm groups say they are working hard to reduce pollution caused by runoff from farms. They say that cooperative, voluntary programs will achieve more than regulation.

Cox, though, says the time has come to lay out a list of things that farmers are required to do to protect the environment. He'd start with those grassy buffer strips along streams.

"We could and should argue about ... what should be on that list," he says. "The point is, there needs to be a list."

The state of Minnesota is taking the lead in establishing water rules: Starting this fall, the state's farmers will be required to maintain a strip of grass, an average of 50 feet wide, along many of the state's streams.