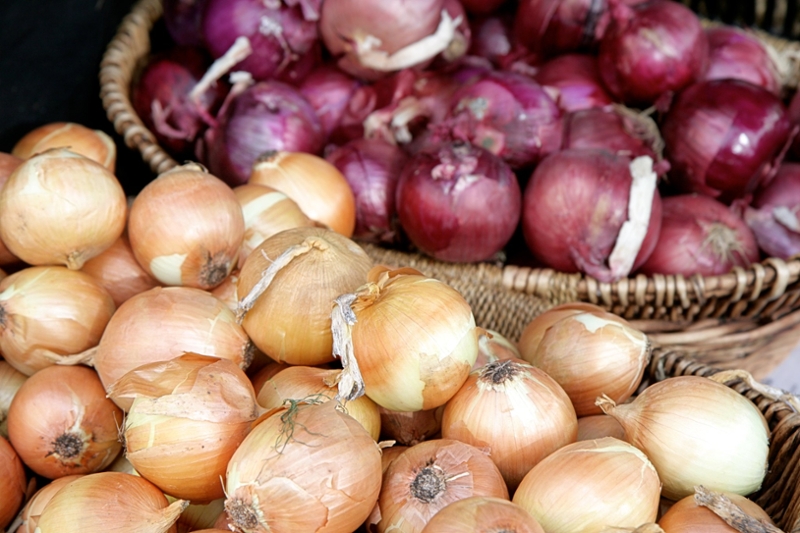 Onion farmers have watched their prices fall to levels not seen since 1990. (Alexis Lamster/flickr)

In December, over only a couple of weeks, onion prices tumbled to less than half what they had been earlier in the year.

The crisis spurred the National Onion Association and New York Senators Kirsten Gillibrand and Chuck Schumer to call for an investigation into unfair trade subsidies for Canadian growers.

“Since Canada has similar production costs, the only way this could be happening is through some type of government subsidy that is lowering their costs, Gillibrand said in a February 6 statement. “This would amount to an unfair trade practice and needs to be immediately investigated.”

The statement quoted data from the U.S. Department of Agriculture (USDA) showing that growers from New York’s so-called onion “Black Dirt” region in Orange County received between $5.25 and $5.75 for a 50-pound bag of medium yellow onions, which would amount to around $13.00 or $14.00 when adjusted for inflation. Today, those farmers are offered only $7.00 per 50-pound bag, the statement said.

Farmers consider $12 to be the minimum needed to break even on costs.

Gillibrand wrote a letter to Secretary of Agriculture Sonny Perdue in September that outlined several specialty crops in New York with foundering prices, such as cabbage and apples.

An article for Civil Eats said that several of their sources suggested cheaper Canadian onions have flooded the market.

Fresh onion imports in the U.S. have climbed 51 percent since 2008, but dropped slightly between September and November last year.

The hardest hit sector is mid-sized farms that are not able to sell to farmer’s markets but can’t weather losses like giant ag companies.

But the number of mid-sized farms dropped by 119,695 over the same period.

Analysts say demand for onions has been increasing, leading as one of the top five vegetables sold in the U.S.

A system of internet bidding could be a factor in driving prices down, as distributors post prices they’re willing to sell onions for, and then lowest bidders tend to win contracts.