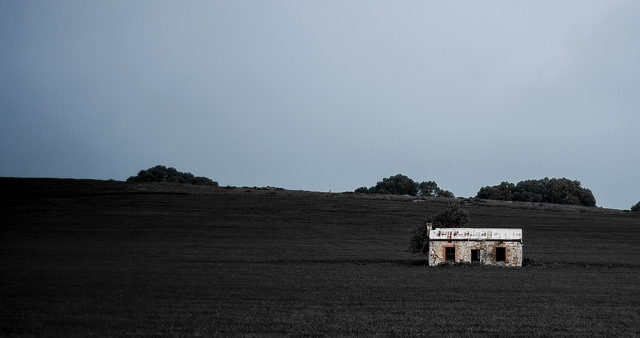 In February, we wrote about the increasing rates of farmer suicides, and the unanimous passage of a bill in the Washington state legislature establishing a free behavioral health support and suicide prevention program for employees of the agriculture industry.

Since the passage of HB2671, there has been movement on the national front to support farmer mental health. Minnesota Congressman Tom Emmer introduced the Stemming the Tide of Rural Economic Stress and Suicide (STRESS) Act last month, which puts federal dollars toward building and strengthening a national network for farmer support services.

In a time when farmers are killing themselves at twice the rate of veterans, legislation supporting farmer mental health is vital and necessary. But a Civil Eats article published this week asks: is it enough?

The article calls attention to the fact that farmer and ag worker mental health problems are the result of decades of "years of policies that have favored consolidation and led to volatile markets, devastating price drops, and the hollowing-out of rural communities." For example, the price of milk, which is set by the federal government, has dropped so low that dairy farmers are being paid less for their milk than it costs to produce it.

It's no secret that financial hardship is a cornerstone of psychological distress. So the sentiment among some farmers is resentful that the focus is on counseling, when what they really need is cash to pay their current debts – and policies to support their livelihoods in the long term.

"Why do we need a STRESS Act? What is going on? Farmers don't want to be taken through this. They need it to be fixed," said Brenda Cochran, head of Farm Women United, to Civil Eats.

Instead, she proposed setting a limit so that the price of milk can't drop below $20 per hundredweight.

"The federal government is forcing traditional farms out of business, and there's no safety net," Cochran says. "Why would you even need a safety net if the government wasn't throwing you off a cliff?"