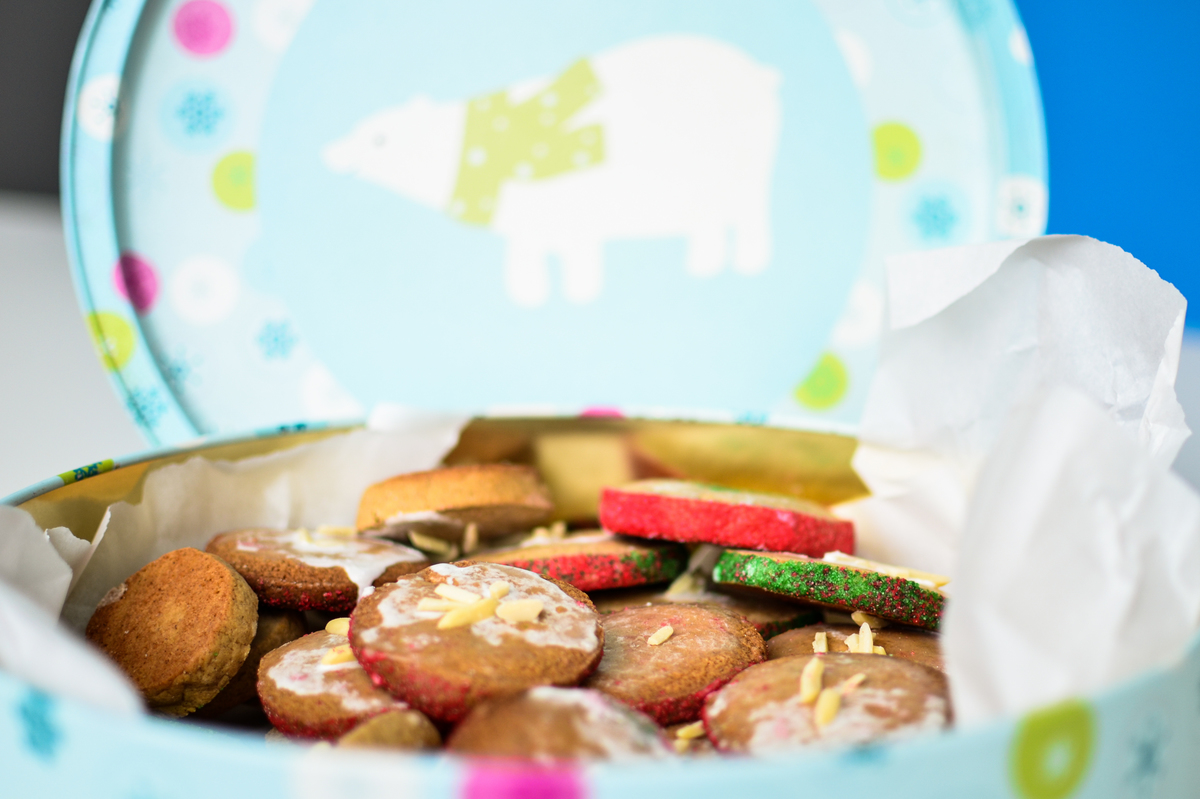 The holiday season is about spending time with families. For a lot of families, it comes with conflict as well as cheer.

For Diana Abu-Jaber, author of a memoir on food and family called The Language of Baklava, her grandmother's annual arrival for a Christmastime visit meant lots of cookies and a boatload of bickering between her German-American Gram and her Jordanian immigrant father.

The cookie it all boils down to, Abu-Jaber says, is the wurstcake â€“ a not-too-sweet slice'n'bake cookie her grandmother made with lots of spice â€“ and perhaps a hint of spite. Grandmother Grace Belford just didn't approve of her Jordanian son-in-law.

"She saw him as an interloper. He was this Muslim menace, you know, who was coming to steal her only daughter," Diana says. "And so this manifested itself in their conversations whenever they would get together on the holidays."

It would start slowly, Diana recalls, but would come to a boil.

"She would pick at him and peck at him and talk about Jordanians and Muslims and eventually he would break down and jump into the fray," she says.

Gram would insult his Jordanian heritage, imply Muslims were savages. "And my father would say 'Actually the Muslims invented civilization,' and he would go away into these long disquisitions about the nature of reality the history of the world as seen by Gus Abu-Jaber," she says.

Diana says her grandmother found the fights upsetting, and they left her agitated and exhausted. To her father, she says, they were merely a more exciting form of conversation.

"Dad would kind of sigh contentedly and say, 'Ahh, do you have any more of those Catholic cookies? (That's what he called the wurstcakes - Catholic cookies)," she says. "And my grandmother would be furious and storm off."

From the sharpness of their battles, Diana and her sisters always assumed their father and Gram really couldn't stand each other. But when their grandmother died, they watched their father kneel by her coffin and weep.

"He missed her, he missed his old adversary," Diana says. "It was a great lesson to us because it taught us that enemies can come to rely on each other, and even to love each other. ... I think of it as the lesson of the wurstcake, because you realize from something like the wurstcake that cookies don't have to be too sweet - that all things find their balance and need their balance. And for my father, my grandmother was his balance."