Fall At The Oliver Winery, Part 2: From Grapes To Wine 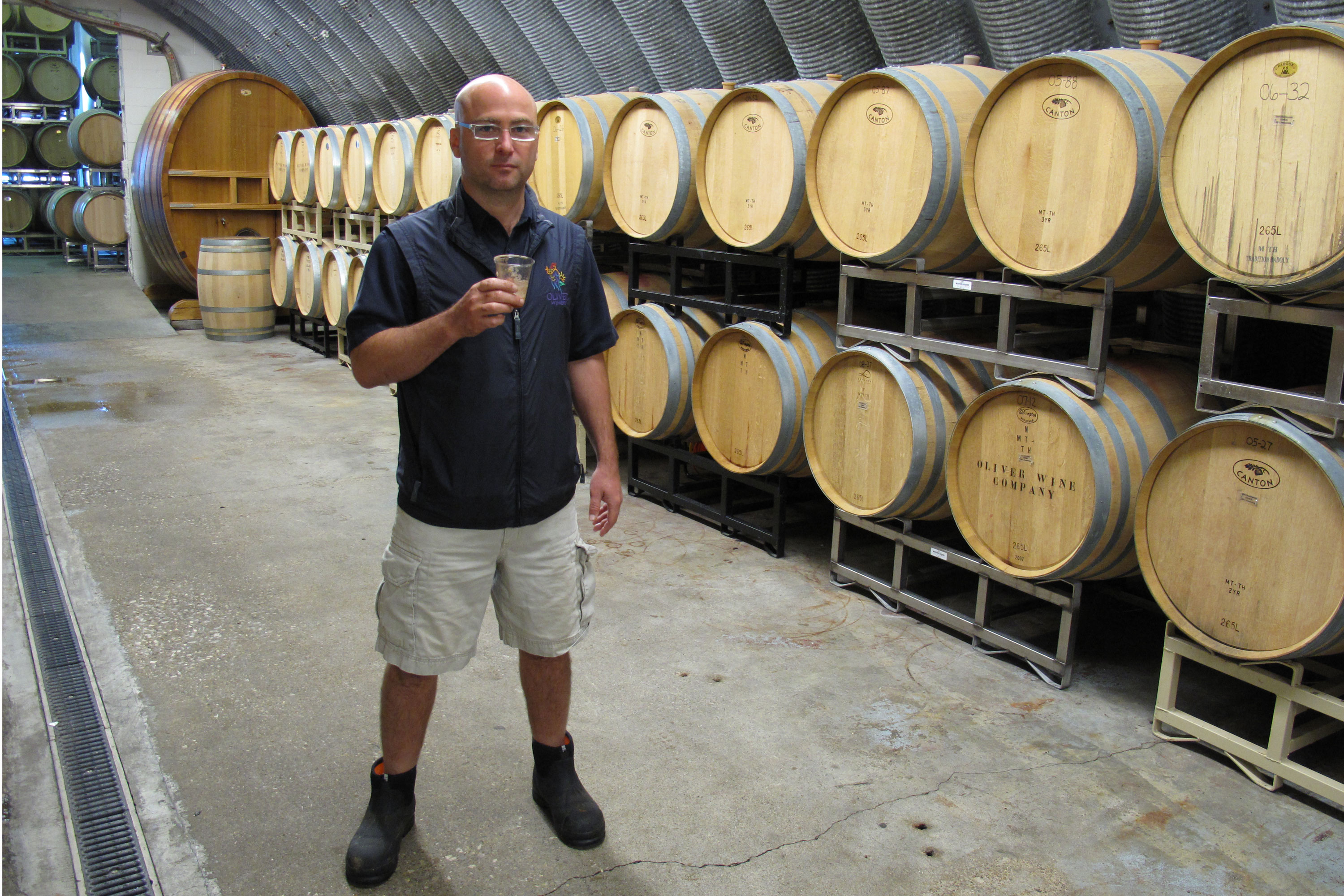 Seven full time staff members and 60 seasonal workers picked 16 tons of Catawba grapes from the Creekbend Vineyards in south-central Indiana. After the harvest, the grapes are transported to the Oliver Winery tasting room and wine making facility only 15 minutes away.

(Read more about the harvesting process.)

Wine maker Dennis Dunham says Catawba is one of the neatest varietals they grow. "The flavor is like a watermelon Jolly Ranchers, or sometimes I almost get a cotton candy flavor out of them."

While Dunham's job is to make the wine, he is very invested in how the grapes at Creekbend Vineyard are grown. He works closely with vineyard manager Bernie Parker to decide everything from when to drop some of the crop to when to expose the fruit more by pulling some leaves.

Ultimately the most important decision is when to harvest the grapes. This year, thanks to unseasonably warm temperatures in October, they were able to harvest the Catawba grapes later in the fall than ever before.

The grapes start their journey from fruit to wine by being run through the de-stemmer crusher. The machine's name is misleading because this is actually a very gentle process according to Dunham.

Because they are making a rosé wine with the dark pink Catawba berries, the skins will not be fermented. Instead, after being crushed, the grapes will be immediately put through the press. The goal is to liberate the juice without grinding any seeds or mashing the skins.

Dunham scoops some of the free-run juice into a cup to taste. He considers the juice more of a treat, as compared to eating the grape. "You have some of that bitterness removed and you're just down to the good stuff in the juice."

The juice will then go straight from the press into a tank where it will be chilled. That's in order to hold off fermentation while the solids in the juice settle. After a week, wine makers can then start fermentation on a clearer juice.

The leftover grape matter, including the skins and seeds, is called pomace. It is taken back to the vineyard and reincorporated back into the soil.

"Our style is to make wines that taste like the fruit they're made from," says Dunham, which is why this wine does not need to age for long. He hopes to begin bottling in early December.

"If you leave fruit sitting around a long time, at some point it doesn't taste like what you hoped that fruit would taste like," he says. "It's kind of the same with wine making."