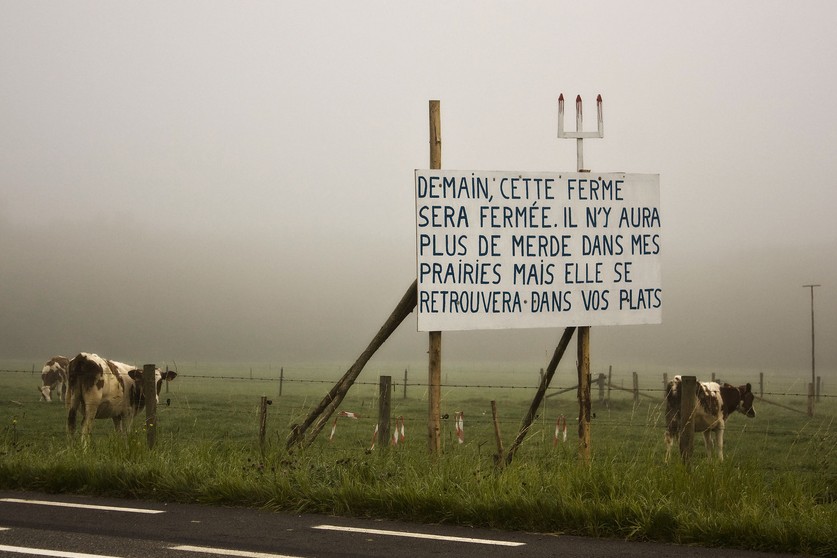 In protest of milk price controls, between two thousand and thirty-five hundred dairy farmers with several hundred to a thousand tractors have been demonstrating outside the European Parliament in Brussels since Monday.

The European Milk Board, which orchestrated the protest, said that current pricing and quota policies are driving small farmers out of business.

While tractors blocked traffic along major roadways, some farmers used high-pressure hoses to spray milk at parliament building and at police officers. Some passers-by were wet in the process.

Later, the protesters even set fire to piles of hay and tires.

Another Drop In A Large Bucket

The European dairy industry suffered a crisis in 2009, which has lead 157,000 dairy farms from going out of business. Small farmers are particularly vulnerable to the discrepancies between selling price and production cost.

"There is an answer to the closure of the farms," says Sieta van Keimpena, vice-president of the European Milk Board, in a statement. "With the aid of a flexible supply management, a further bleeding of the milk market can be prevented."

31 percent of the world's milk is produced in The European Union.