These Elaborate Gingerbread Creations Prove Baking Is An Art 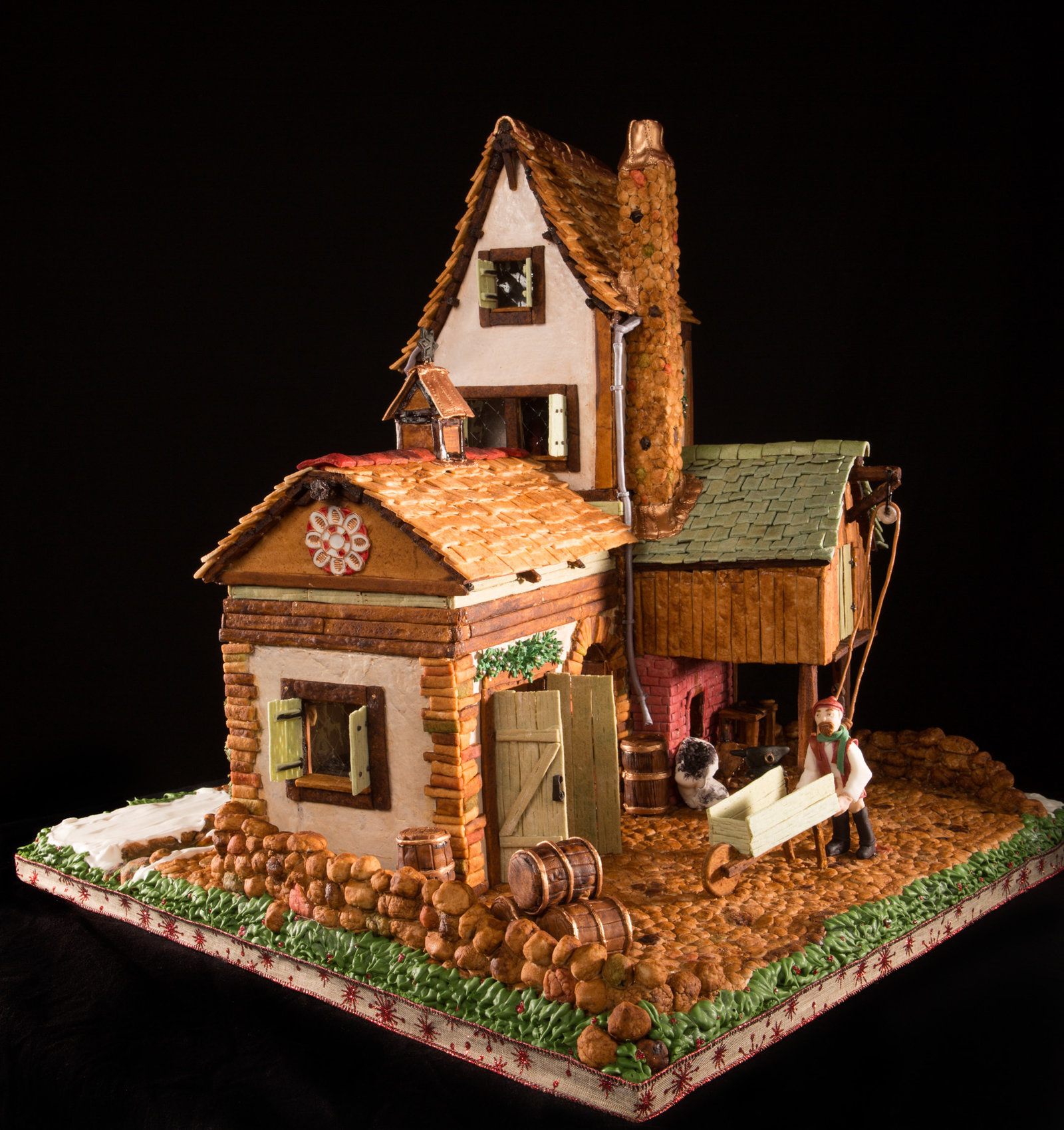 Early in the New Year, when most people are trying to stick to their resolutions, bakers are finalizing plans for gingerbread house contests nearly 12 months away. There are recipes to tinker with-a choice between "construction grade" gingerbread and the more delicious, softer variety-blueprints to create, and often hundreds of hours of work before houses are ready to be entered in a contest.

The National Gingerbread House Competition, one of the biggest gingerbread contests in the United States, takes place every year in Asheville, North Carolina. It started in 1992, when members of the local community were invited to display their gingerbread houses in The Omni Grove Park Inn's great hall. Then someone had the idea to award a winner - and the contest has been growing ever since. People from the United States and Canada now submit roughly 150 entries per year.

Judging is done by a team of experts that might include sugar or pastry artists, museum curators, or authors of books on gingerbread. To keep things fair, each house is assigned between one and 10 points in various categories; the house with the most points wins. The only rules: Everything has to be edible, consist of at least 75 percent gingerbread and be smaller than a two-foot square box.

Billie Mochow, who finished in the top 10 for this year's gingerbread contest, grew up in Southwest Florida-far from snow. "We had cookies but no gingerbread houses," she says. But after living in Germany for a year and then relocating to Tennessee (where it actually snows), she was inspired to start learning the gingerbread arts.

"When I first started making them it was hard to find information on how to do it," Mochow says, explaining that this has changed in the past decade. Now, there are how-to books and a proliferation of gingerbread house kits that are supposed to help keep yours from falling down.

Mochow, like many who enter gingerbread contests, is a self-taught, amateur baker. This year's grand prize winner, Beatriz MÃ¼ller, is a wedding cake maker and sugar artist by trade. However, MÃ¼ller says, "Gingerbread is different than working with cake. I thought it was a challenge."

While there's conflicting information about the history of gingerbread, the houses trace back to the 1800s publication of the Grimm's fairy tale "Hansel and Gretel," in which a brother and sister can't stop themselves from munching on a witch's edible house. (Perhaps recreating these tiny edible houses was a way for town bakers to lure children to their window displays.) Ginger, which does not grow in Northern European climates, was too expensive to be used except on special occasions.

When German immigrants came to America, they brought their intricately decorated, holiday gingerbread houses with them. By the mid- to late-1900s, Americans realized that creating them required much skill, making them the perfect subject for a contest. Let the best baker win.

The National Gingerbread Contest allows the entry of any edible sculpture-it doesn't even have to have a holiday theme. MÃ¼ller's winning entry harkens back to the classic gingerbread creations with a Gothic style home embellished with spires, arches and other ornate features.

To get the gravity-defying elements to defy gravity, MÃ¼ller made beams and joists out of long sticks of gingerbread made with more flour then left them in the oven longer than usual to harden them.

"If you bite them, you'll break your teeth," she says. Clearly, the word "edible" in the context of gingerbread houses is open for interpretation.

Ginger may have a preservative effect on baked goods, a quality that is necessary for contest houses to remain on display for six weeks. This year, "There's one out there that smells real bad already," says Tracey Johnston-Crum, director of public relations and community outreach for The Omni Grove Park Inn. The baker used yeast as a stand-in for on an ocean-themed gingerbread creation. The yeast, while technically edible, is a type of fungus and living foods just don't age well, or smell good in the process. But even the hardiest houses may "only have crumbs remaining" by the end, says Johnston-Crum. "We've already lost two entries," she adds.

MÃ¼ller's biggest challenge wasn't the overall construction but rather small accent pieces like chairs ("I don't even know how many pieces I had to cut to actually make one," she says) or windows, for which she used wafer papers. But the 340 hours of work were worth it for MÃ¼ller, and not just because she won the $5,000 grand prize. "I love art, but architecture has always been my passion," she says. "It's like building different dream houses in a way."

Like Hansel and Gretel, many find the allure of a gingerbread house impossible to resist. In addition to the smaller houses, The Omni Grove Park Inn also builds a 10-by-10 mostly edible model. (To make a house of that size, workers have to first construct a wooden scaffold.)

"The entire hall smells like gingerbread," Johnston-Crum says. And more than one person has succumbed to its delicious scent: "I've had to tell a fifty-year-old man not to bite the house," she recalls.

Tove K. Danovich is a journalist based in Portland, Oregon