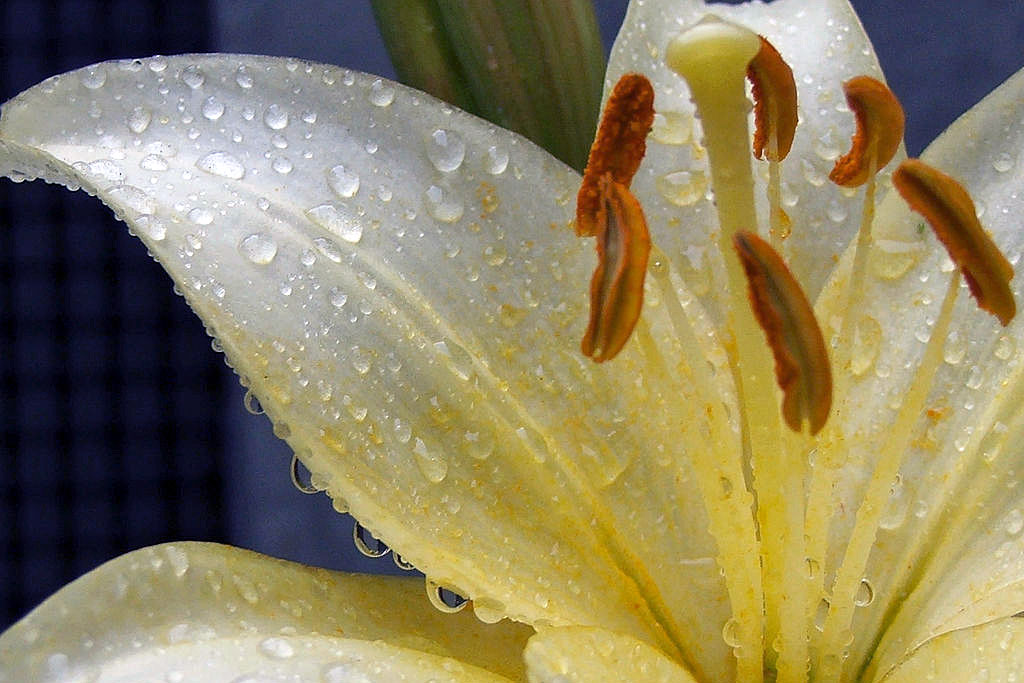 Moya Andrews is a master gardener and the hosts of the program Focus On Flowers. She speaks with Earth Eats about enjoying flowers with your eyes, your nose and your taste buds.

For Looking, Not For Eating?

Annie Corrigan: Eating flowers… is that sort of sacrilegious?

Moya Andrews: I would never eat a flower. I have this feeling that flowers are to be enjoyed and looked at visually. But I do love flowers as a garnish. I think that seeing the flower helps the food taste better. I do think there is a connection between taste and smell and sight. But, I myself personally, could never eat a flower!

AC: I wonder what the Chef Daniel Orr would say. I wonder if he puts the garnish on there as something that you should enjoy with your eyes and your nose as well as your sense of taste – that he wants you to eat it. It's not just a garnish anymore.

MA: I don't know, most people don't eat them. I've noticed that most of them remain on the plate. I take mine home. I slip it into my purse because I don't want to be parted from it once I have it in front of me.

MA: People have eaten flowers for centuries, and the medicinal properties of flowers are well known. The ancients recognized how important flowers were. Actually herbs, spices, all kinds of plants were used to cover up the taste of spoiled food.

Also of course they strewed herbs on the floor to make the room smell better, because so much of what was cooked, the smells remained and other unfortunate smells as well. But, they were used not as a flavor themselves but to mask other flavors in the beginning.

So sweet smelling plants, such as herbs, spices, and roses… Roses have a long history… the adar of roses was produced for many centuries and rose water was used as a flavoring. But it was also used as a deodorant. So, we know that medicinally and just to make things smell better, flowers and plants of all kinds have been used for centuries.

MA: There is a movement now to use them more in cooking, and that's kind of fun, but people have to be reminded to only eat flowers that are not poisonous. And also to never eat something if you haven't checked out in terms of whether or not it's organic. Because sometimes you might see a plant at a nursery or a shop like a grocery store that sells plants, and you don't know whether the people that grew those plants used pesticides. And probably the shopkeeper doesn't know, because they could have been sprayed six weeks ago, but the contamination would persist.

So, what we need to say is only grow flowers yourself that you're going to eat, because that's the only way you can be absolutely sure. If you grow them from seed, you know they've never been sprayed, and if they've been in your garden under your supervision then you can be quite confident about eating them.

There are some very poisonous plants. And so in a way I think it's probably better not to introduce children to eating flowers especially when they're very young because they would over-generalize and think you could eat anything.

Oleanders, which are a tropical plant you see in Florida and California, they are deathly poisonous. And gas plant that I have in my garden. Dictimus is very highly toxic. There are a number of plants that actually if you brush against them you'll get a rash. So you certainly wouldn't want to eat those. In a way, we shouldn't even mention them because we don't want to get them mixed up with the list of plants that we can eat.

AC: I think the best advice you gave today was to know where you flowers are coming from. You don't want to eat things with pesticides on them, you definitely don't want to do that. And just like we're talking about with Earth Eats every week, it's all about eating locally and knowing where you food comes from. So this fits right in line with that.

MA: That's right! And also check them all for bugs. And don't eat anything that you haven't already washed carefully in case there's a little big hiding in a crevasse.

AC: You know, I had a daylily with Chef Orr. We went to his garden and he was picking flowers for us to eat. It was the most amazing taste, to pick a petal off a flower and then eat. Do you have any experiences like that?

MA: No! See I would never mutilate a flower like that! I never pull a petal off a flower! I know it sounds squeamish, but flowers are almost sacred to me. So I've got to have them there to look at – in tact!

MORE: Do you want to try incorporating edible flowers in your cooking? Check out our recipes using dandelion greens,  squash blossoms and nasturtiums.