More Than Meets The Eye: Eat Your Flower Garden 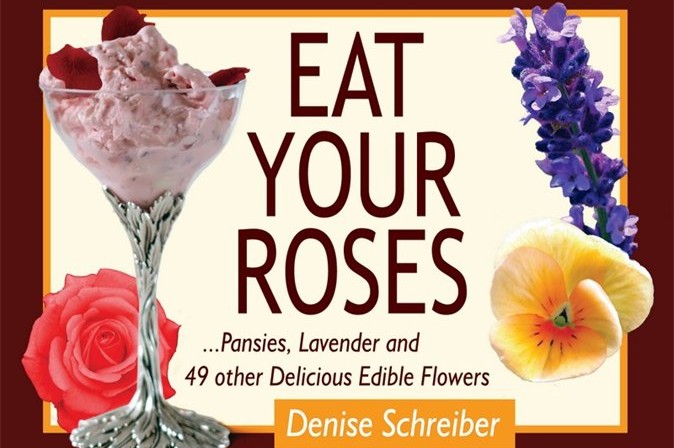 Denise Schreiber got an early start eating flowers. "When I was little, we lived with my grandmother who had a large flower garden, and I used to eat four o'clocks," she says.

Four o'clocks? But they're poisonous!

"I know! I don't remember getting sick, but I could have and just not connected the two of them together," she says. "But I loved the flavor."

Years later, traveling around England, she had her first adult experience eating flowers. It was rose petal ice cream served as part of an afternoon tea. "That's what started me on the journey."

Scheiber's love for floral culinary delights led her to publish Eat Your Roses, a recipe book for cooking with flowers. "This is just to add a little flavor to your diet," she says. "It's not meant to be anything more than fun."

Thanks to the locavore movement and growing popular interest in edible landscaping, more and more people are interested in learning about the diversity of plants they can eat.

"It's not just edible flowers," Schreiber says, "It's also fruit trees and bushes that you normally don't think of. Blueberries are a wonderful shrub in the landscape. They get great fall color."

Blueberries, sure. It makes sense to eat blueberries, and even roses. But daylilies? Nasturtiums?

As an additional perk for southern Indiana readers, nasturtiums are perfect to grow here because they like full sun and below-average soil.

But if you want to grow your own edible flowers, Schreiber has important advice.

For one thing, don't pick from the side of the road. On top of emissions from cars, you don't know whose dog has been there.

For another, don't buy from a nursery, unless it's an organic nursery. Most of them will have sprayed their flowers with chemicals you probably don't want to eat. Like any food, it's important to know where your edible flowers come from.

If you're not a gardener but want to try cooking with flowers, some more commonly-used varieties, like roses and lavender, are often sold dried in herb stores and grocery co-ops.