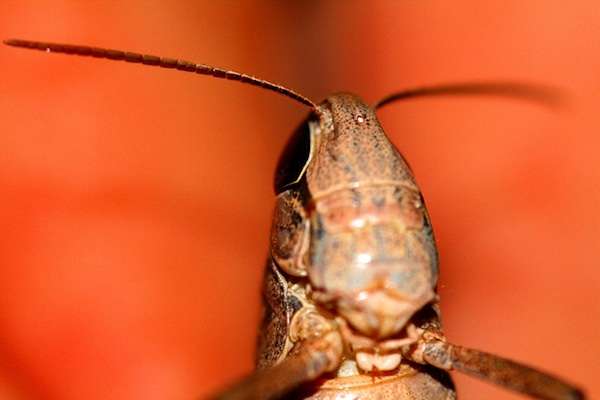 As global meat supplies strain to keep pace with exploding demand, the search is on for alternative sources of protein.

One option - already tapped regularly by some 2.5 billion earthlings - is to replace some of the fish, pork and poultry we consume with insects.

While the notion may elicit gag-responses in those who've been socialized to think bugs are â€˜gross' or â€˜creepy,' there are some real advantages to going entomophagic.

Nuntrition-wise, though locusts (for example) have a slightly lower protein-to-weight ratio than something like beef, they are a lot less fatty. Other six-legged morsels are also rich in minerals like iron.

What is more, compared to cows or turkeys, raising insects is also a lot less taxing on the environment since they require very little water and space.

Like with any comestible, however, there are disease risks associated with grubbing grubs.

A recent study conducted by the Food and Agriculture Organization of the United Nations found that insects are good incubators for bad microbes under certain moisture and temperature conditions.

In other words, curious readers might want to do a little extra research before frying up the exoskeletons caught their radiator grills.