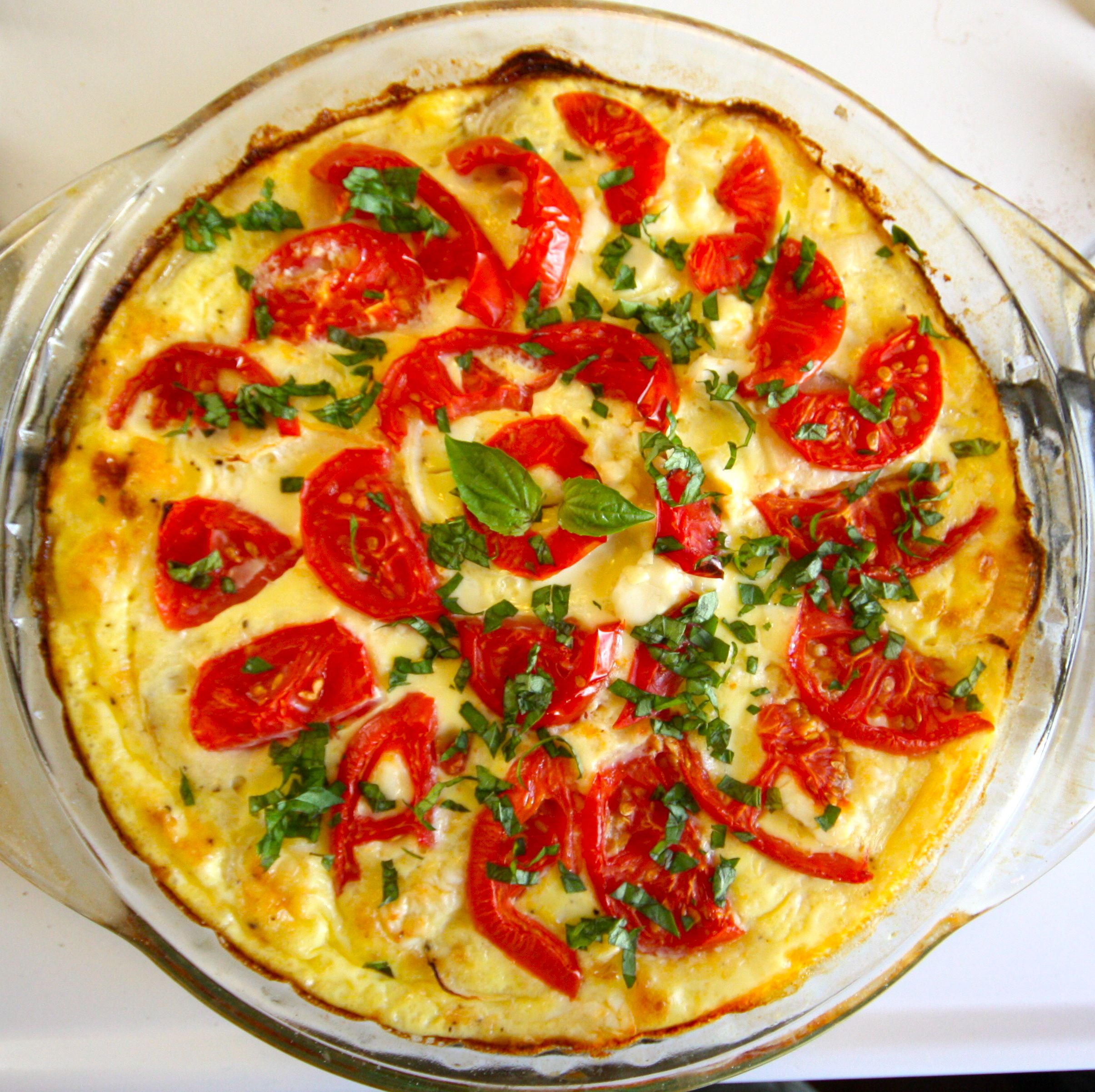 In Spain, the tortilla de patatas is an omelet-like dish, traditionally made by frying egg mixed with potatoes and onions on both sides in a pan. On my visit to MÃ¡laga, Spain in early 2010, my host attempted to show me how to make tortillas, only to have the whole mixture fall apart in the pan. Instead of one big torte, we ended up with something resembling scrambled eggs.

In any case, I haven't tried to repeat the dish the traditional way since. It takes time to stand over a hot stove and wait for the eggs to cook all the way through, and to keep them from sticking you end up using copious amounts of oil.

So, I opted for making a less oily version of the traditional dish. This recipe was inspired by something over at Zoom Yummy, but highly modified to fit the ingredients I'd picked up at the local Farmer's Market. You could also call this a crustless quiche. The quiche has many of the same basic ingredients as a Spanish tortilla.

I originally made this quiche using small blue potatoes picked up at the Bloomington Farmer's Market. I didn't think the flavor of the blue potatoes was especially exemplary-they ended up tasting identical to regular potatoes. But they looked beautiful when sliced into rings for my baked tortilla.

The potatoes look purple, don't they? And they have beautiful patterns inside the rings. Too bad I have to cover them up with eggs for the recipe.

The beauty of this recipe is its flexibility. The photos in this post are of three different versions of the same basic recipe, using a variety of vegetables, herbs, and spices for flavor.Â Tomatoes, fresh basil, and feta cheese are a delicious combination, and zucchini and herb de provence haven't failed me yet.Â However, the classic combination of potatoes and onions is a winning favorite. Which one do you prefer?