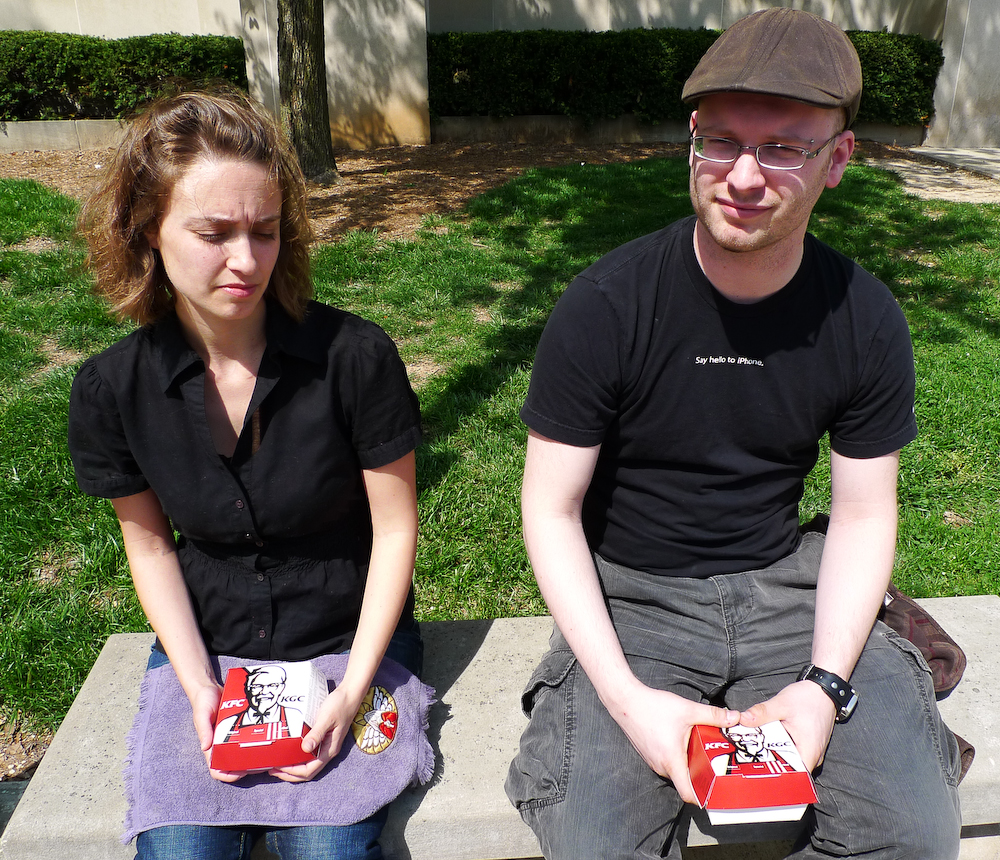 After speculation that the KFC's new Double Down "sandwich" surely had to be an April Fool's joke, KFC proved us all wrong by unleashing the new menu item to its stores across the country today.

It features what appear to be two kinds of cheese, two strips of bacon and KFC's signature Colonel's sauce sandwiched in between two fried chicken patties, serving as substitutes for bread. Because, according to KFC, there's "so much chicken, there's no room for a bun!"

For the health conscious (of just the morbidly stat-curious), the original "Double Down" comes in at 540 calories, 32 g of fat and an impressive 1380mg of sodium. There is also the slightly healthier grilled version of the Double Down, and bloggers at Vegansaurus have even come up with a tongue-in-cheek vegan version of the sandwich.

But, being purists, we opted for the original Double Down. In the name of science, brave Earth Eats web developer Eoban Binder and  news correspondent Megan Myer took the sandwich for a taste test (so you wouldn't have to).

To me, food works when it has the right balance of ingredients; no matter what way you look at it, a mound of fried chicken, bacon and cheese just doesn't hit anywhere close.

I respect the Double-Down's unabashed fast-foodiness -- it is what it is and has nothing to hide. That said, eating one was just shy of a traumatic experience for me.

Update (4/15): Video added, happy to report that both Megan and Eoban have survived their ordeal (so far...)