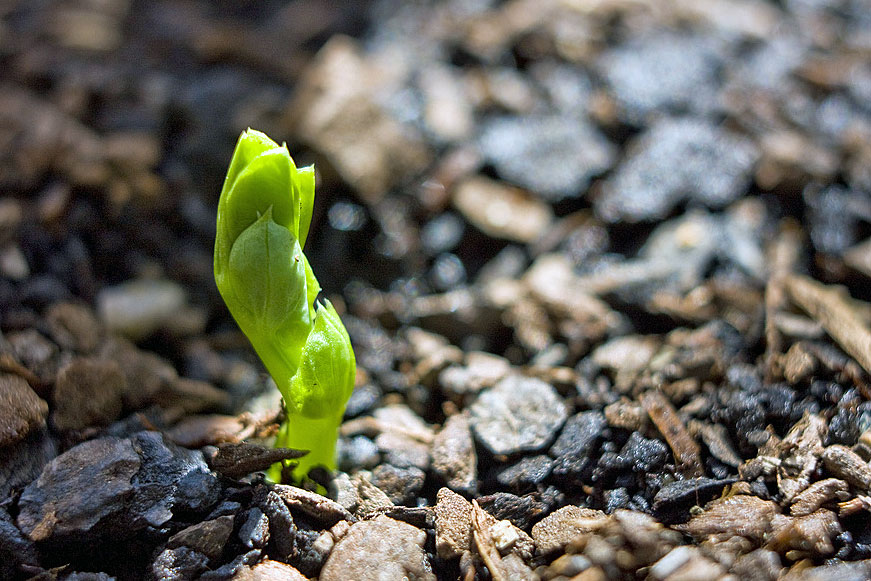 The fall planting season is upon us.

Despite dry, cracked soil caused by this year's drought, Garden Coordinator with Mother Hubbard's Cupboard Stephanie Solomon has started planting a bunch of crops that will begin popping up in a couple months -- kale, sweet peas, arugula, spinach, radishes and turnips.

These plants can handle the cold, survive through some frosts "and maybe even sometimes taste better because of it!"

From Drought To Downpour

Gardeners have dealt with some wacky weather conditions this season. The devastating summer drought finally gave way to a week of non-stop rainy conditions in late August. Solomon says organic gardeners have to learn to expect the unexpected and to be prepared to suffer some crop losses.

But weather unpredictability is no reason to forgo your fall garden this year. She says it might just take some extra work getting cold-weather seeds to flourish in dry, warm soil.

"One of the things people get stuck in in Indiana is thinking of the gardening season as starting in May and ending in October," she says. "These cool areas that we have in fall and spring can make for some really yummy crops."

One technique Solomon tried with her fall seeds this year was soaking them for 24 hours before planting. She tried this trick on the pea seeds she and her volunteers recently put in the ground. So far so good -- a dozen sprouts have started peaking through the soil.

The only problem she could foresee for these budding peas is a lack of pollinators. Luckily their bed is next to a flourishing patch of buckwheat, and the tiny white flowers have attracted a slew of buzzing critters. The buckwheat was planted as a cover crop after they harvested potatoes.

"When in doubt in a drought, just throw some buckwheat in the ground," she says. In addition to bringing pollinators to the garden, buckwheat doesn't need much water to survive.

A Rule Of Organic Gardening

What about the soil, the one thing in the garden probably suffering the most from this year's drought?

Solomon shares a saying for organic gardeners to live by:

Be fruitful and mulch apply.