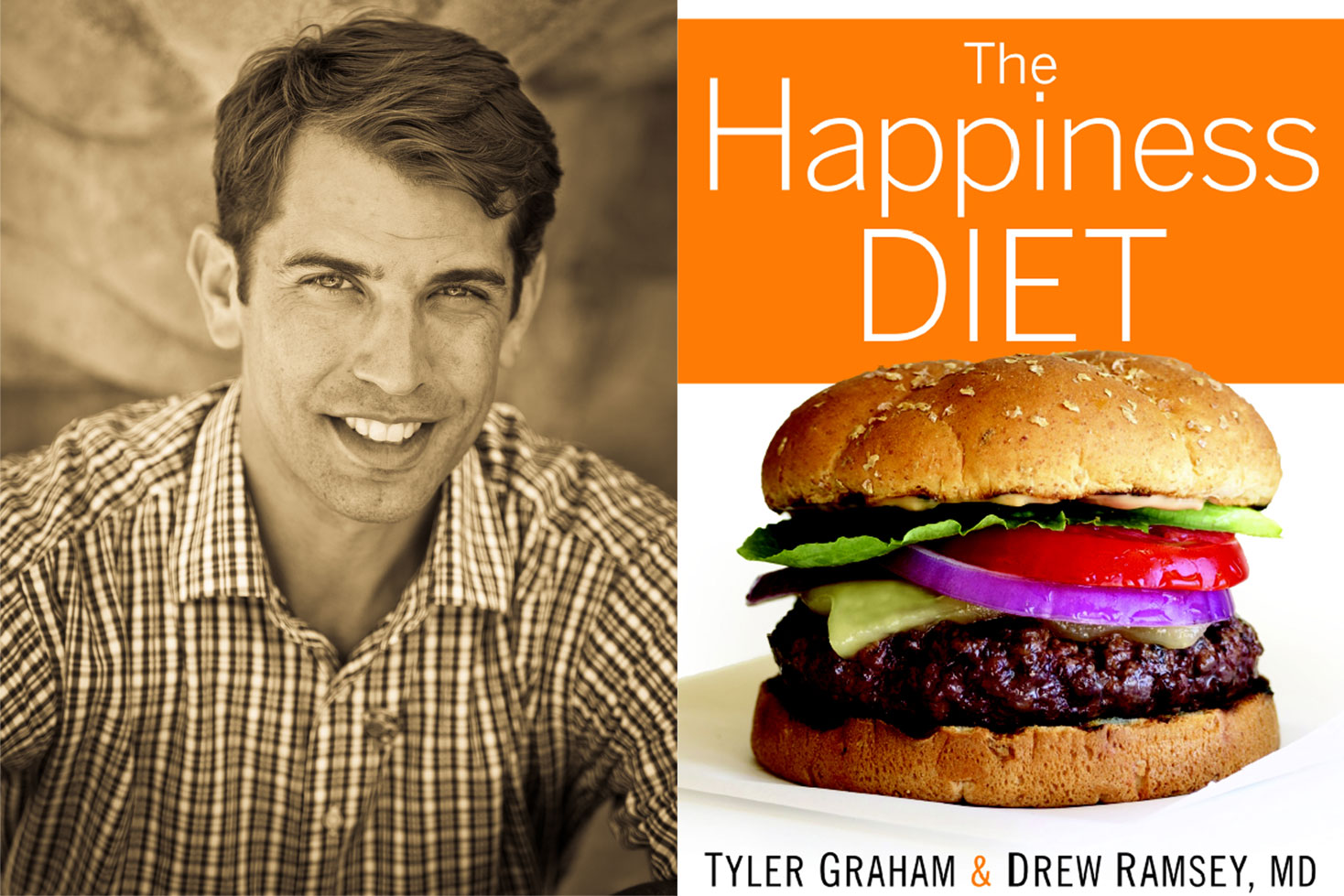 The Happiness Diet is pretty straightforward -- eat whole foods and stick to plants as much as possible. According to co-author Dr. Drew Ramsey, this is the first book of its kind to relate diet to mental health, but he acknowledges that books like this can all seem the same after a while.

"There's so much dietary information given out there today that people have nutritional whiplash almost," he says.

Get Happy One Bite At A Time

What separates The Happiness Diet from other diet plans is that it puts the brain at the center of dietary decisions.

Ramsey specializes in mental health conditions such as depression, anxiety and dementia through his work as an assistant clinical professor of psychiatry at Columbia University. But he has roots in southern Indiana, where he grew up eating farm-fresh veggies. Through this new book, he's combining his food values with his work in psychiatry.

"The Hoosier in me always comes back to common sense," he says. "If something is neurotoxin and is designed to kill insects, I don't want that on my food."

His research started with this question: What besides medication and psychotherapy could be used to help people feel better?

When you see an 18-year-old kill themselves because of a bad depression, that is a level of tragedy in illness that is devastating. If there's anything we can do to prevent that with diet, and I think there's some data that you can, we should really be pushing that in mental health.

The Happiness Diet is primarily plant-based but it does include some carefully selected meats -- like the Happiness Burger that graces the cover of the book. "That burger is different than what the average American eats," says Ramsey.

At first glance, it looks like a typical burger:

Ramsey acknowledges that red meat has been demonized, but he points out that while there have been plenty of studies linking red meat consumption with poor health, there isn't much data about the health effects of eating grass-fed beef. One thing is for certain -- grass-fed beef is more nutrient dense than conventionally-raised beef. It's also leaner. A 6 ounce grass-fed New York strip steak has fewer calories and less saturated fat than a chicken breast.

"If they wanted to market it better they would call it low-calorie beef," he says.

More: Keep an eye out for part 2 of Earth Eats conversation with Dr. Drew Ramsey in the coming days!