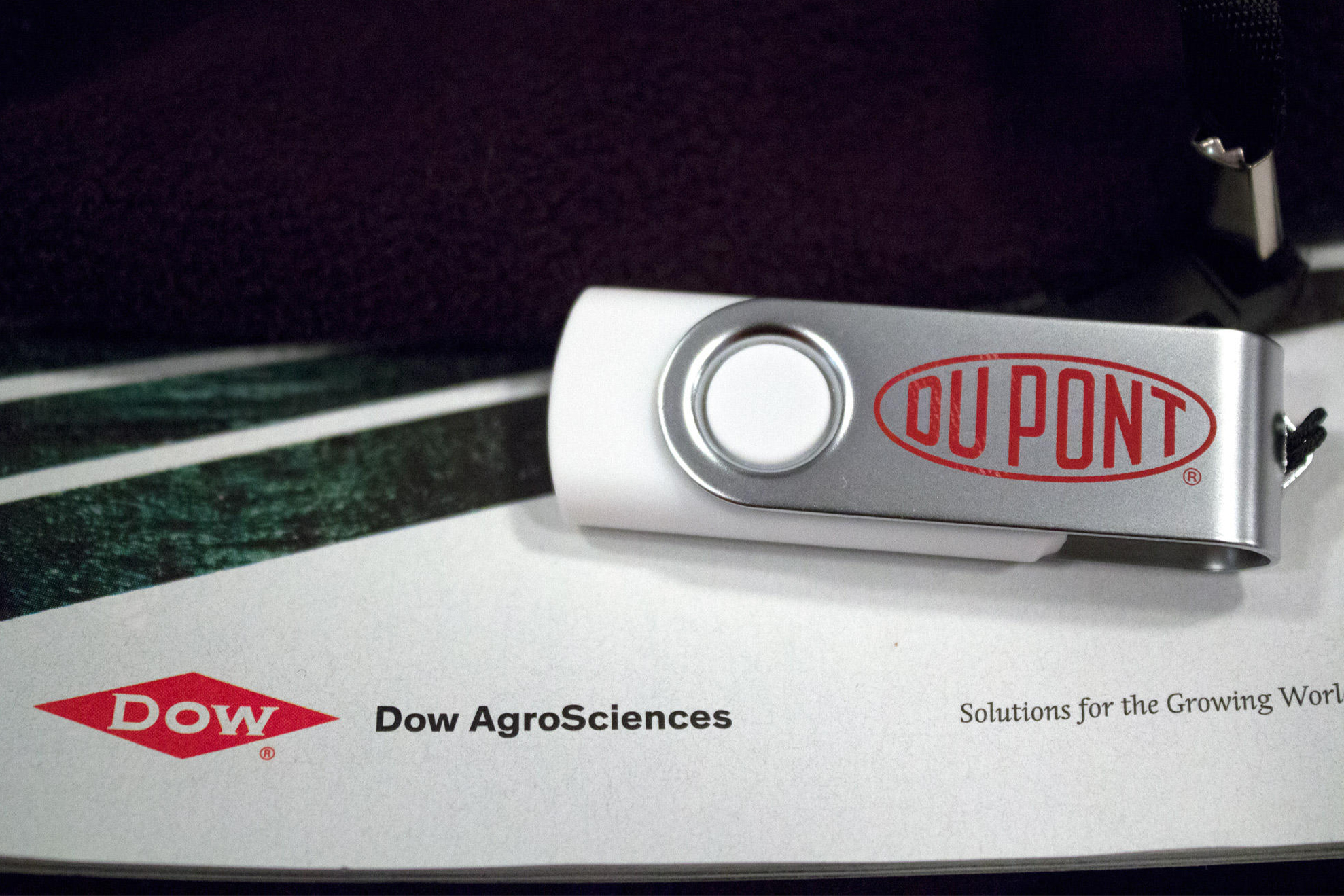 Two giants of American agriculture and industry are closer to becoming one.

Dow and DuPont, both leaders in agricultural chemicals and seeds, among other products, received approval from the U.S. Department of Justice to move ahead with a merger, provided they divest several products.

The companies will need to sell off certain insecticides and herbicides that are important for wheat and specialty crops, according to a Department of Justice statement, as well as a line of products used in food packaging. Those moves will preserve competition in the marketplace, the Department of Justice decided in approving the merger.

Once merged, the companies plan to then split off into three separate businesses, one of which will be focused on agriculture.

The Dow-DuPont merger has already received several international approvals, including from China, the European Union and Brazil. Mexico and Canada have not yet issued decisions.

Growing consolidation of the companies that provide technology to farmers has worried some farm groups and antitrust watchdogs. In addition to this combination of two American companies that is described as a merger of equals, the agricultural seed and chemical sector is poised to see ChemChina complete a purchase of Swiss-based Syngenta, and Germany's Bayer snatch up Monsanto.

The three proposals represent a major coming-of-age for the industry, and leave some concerned about the overall impact on farmers' bottom line.

The National Farmers Union, the nation's second-largest group of farmers, assailed the Justice Department's approval as "deeply disappointing" and suggested the deal could result in higher prices for farmers.

"The combination of Dow and DuPont, coupled with other pending mergers, leaves family farmers with less competition and choice in the seed and agrichemical sectors," NFU president Roger Johnson said in a statement. "This drives up costs for farmers' inputs, and it reduces the incentive for the remaining agricultural input giants to compete and innovate through research and development."

University of Missouri economist Nicholas Kalaitzandonakes, however, says consolidation should make the companies more innovative, which will ultimately help farmers.

"They gain because they become more competitive against other crops, against other farmers in other countries," Kalaitzandonakes says, "and, of course, they capture a lot of the benefits of innovation themselves."

Dow and DuPont say they are on schedule to complete the merger by August of this year, and then split into three companies within another 18 months.