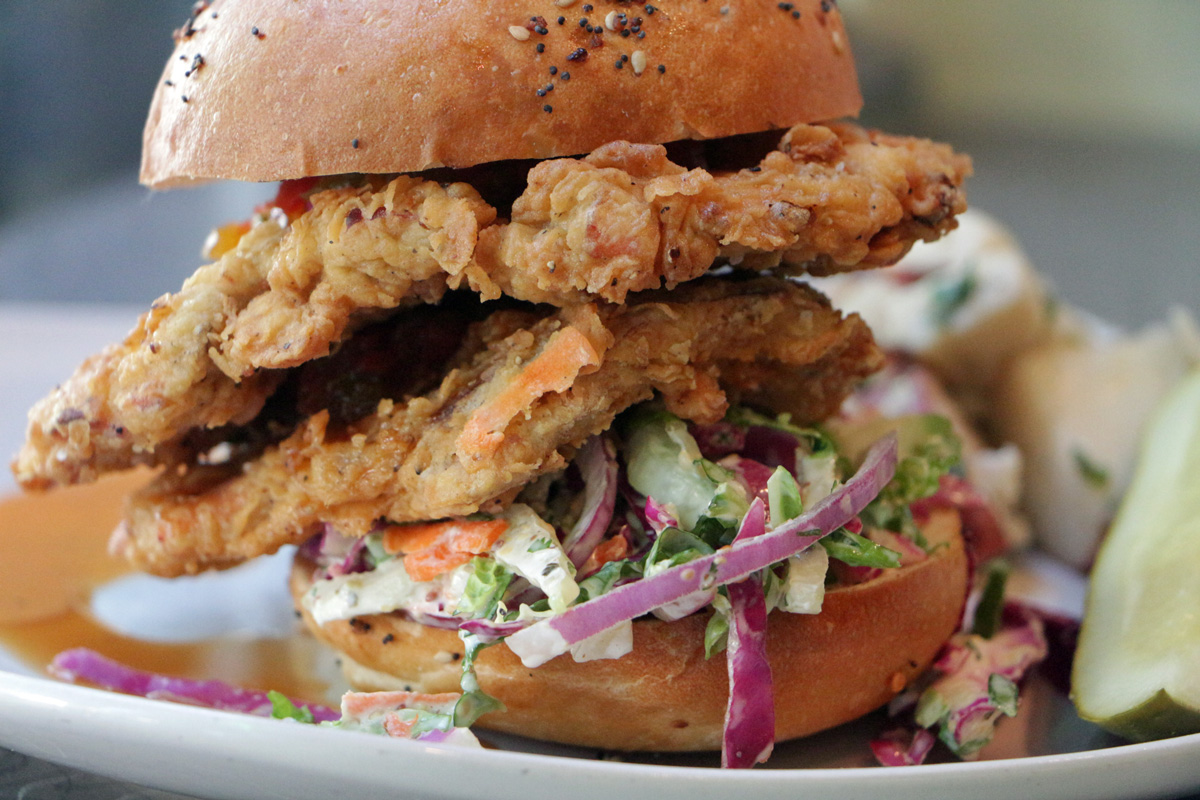 Ryan Johnson grew up foraging for morels in rural Monroe County, Indiana, but he didn't learn about chicken mushrooms until he started working as a sous chef at FARMBloomington. "They're not what you would think of when you think of mushrooms," he says. "They have a really meaty texture. They're almost exactly like chicken."

Johnson is going all out on his southern-fried chicken mushrooms with a double-dredge -- twice the breading and extra crispy. But if you want the bright orange color of the mushrooms to peek through, stick with a single dredge. Want to make this vegan? Scratch the buttermilk brine and soak the mushrooms in pickle juice instead.

Like many sandwiches, the extra toppings really make it spectacular. A healthy spoonful of Sweet Pepper Relish balances out the Horseradish Slaw. Make the slaw to your taste with mayonnaise, apple cider vinegar, some fresh horseradish and a dollop of your favorite stone ground mustard. Add that sauce to some shredded Napa and red cabbage, onions and cilantro.